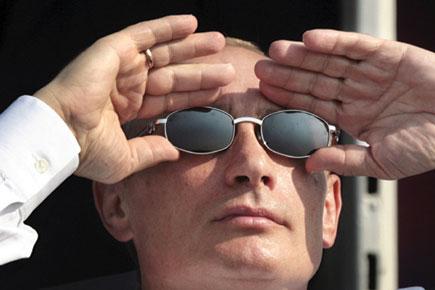 – A man goes to a naturopathy centre for 10 days soon after taking over a job that entails ruling an Indian state.

– A man who is set to rule a national party in India goes off to an unknown destination after intimating only his mother.

– A man who rules one of the most powerful countries in the world just disappears, and just as mysteriously returns without an explanation.

– Men and women in a small Indian state suddenly realise that a date has been dropped from their list of holidays and then controversially restored.

These four unconnected events, happening in the immediate vicinity of the present time, serve to show the political import of holidays—if you are a leader, you get to choose; if you are a follower, then you get told when you can take off. Consider Arvind Kejriwal of an earlier age, newly appointed to the Indian Revenue Service. Soon after he joins office, would he have submitted a leave application for 10 days citing diabetes? High blood sugar has simple allopathic solutions like Metformin tablets, long walks and in severe cases, insulin. But Kejriwal goes because he can; he needs to submit a leave application to no one.

At least he told everyone where he was going. In Rahul Gandhi’s case, his own party leaders have no clue where he is. And he has taken off on a vacation during Parliament’s Budget session, a crucial opportunity for any opposition leader to criticise the Government and present his ideas. He did take the permission of his mother, but that just sounds absurd. What were the chances of the request being denied?

Likewise Vladmir Putin, who disappeared from the eyes of the entire country that he rules and the rest of the world. It takes an autocrat of Putin’s stature to exhibit such spectacular disdain for public opinion. And to just as suddenly spring up on a television show only to smirk at what he termed ‘gossip’ without speaking a word on where he actually was. He gets to choose.

The ones who don’t get to choose are the people of Goa who heard that Gandhi Jayanti has been removed from the list of public holidays. And then just as suddenly, following a media uproar, that it was back and they would get a holiday on 2 October. Was it a ploy by the BJP government to slowly change our icons? Or was it a typing error as the Chief Minister claimed? To the man who lost and got a holiday, what does it matter? He isn’t really sitting at home on the day and singing Vaishnava Jana Toh in memory of Gandhi. He will go for a movie or clean his cupboard.

If you take the politics out of it, the most sensible solution was put forth by an RSS functionary, Ratan Sharda, on a TV show. He said that except for Independence Day and Republic Day, it’s best to let people choose the 15 holidays they want to take. That means doing away with public holidays. It is an ingenious idea. There might even be salutary side effects—like no shutters on banks for Diwali—if everyone doesn’t take a break simultaneously. But it will never happen because the public never gets to choose.