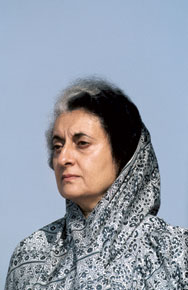 In Joshua Oppenheimer’s blood-curdling documentary about the anti-communist massacre in Indonesia in the 60s, there is this killer, now a toothless but robust old man with poor eyesight, recollecting his honourable role in hacking the atheist revolutionaries on the banks of the Snake River, which took the headless bodies downstream: “I drank the blood of the killed. It tasted sweet and salty. I would have gone crazy otherwise.” In this masterful piece of filming the raw remains of a cruel history, seen through the eyes of a man whose brother was one of the most tortured victims, what unites the killers, boastful and remorseless even in their old age, is a refusal to own up the past, or even face it. In their words, the past is bad politics. The past is divisive. The Snake River runs through it, carrying the legends of the ‘enemies’ and ‘friends’ of the endangered nation. In The Look of Silence, which I saw in London this week, in spite of the blood therapy, memories make you crazy.

Memories redeem what history depersonalises through a profusion of perceptions. Forty years after Indira Gandhi had the Emergency declared, there are any number of people in power—which does not mean one has to be in a government —who, like the superannuated killer volunteers of the army in The Look of Silence, find that talking about the past is bad politics. Around one million people were killed in the Indonesian ideological cleansing, but then, in some places, communism was a national alarm, and any peasant who rebelled was a communist. Even if there was no ideology to be cleansed, there was of course a junta to be strengthened. Horrors are not always measured by unnamed graveyards (and in Indonesia there was none anyway). The depth of paranoia, fear of the enemy, the shrinking of freedom… The possibilities of a leadership steeped in an exaggerated sense of invincibility are many. When the temptations of totalitarianism gripped Mrs G on 25 June 1975, she was a strong leader weakened by the Constitution, in this case a ‘silly’ court order against Mother India. In her book, an emotional covenant with the people is not to be broken by a judgment of the court. She switched off the lights, for enemies were more visible in the dark. She became the empress of a nation gagged and controlled. Hatchet men were at work. Some of them are still out there—the past is bad politics. And no one wants to go crazy.

In retrospect, the Emergency could have been the natural instinct for India’s original strong leader. In a textbook dictatorship, the strong leader is a one-dimensional monster for whom the people are an abstraction that he can play with the way he wants. He is the One, the custodian of the only truth, and his mandate is independent of any restrictive law, for he is the state personified, he is the only institution that matters—the institution of fear—and he is the abiding answer in a land of banished questions. And invariably, in a democracy, which can still be controlled and illiberal or fully free and protected by constitutionalism, the strong leader is a manipulator of the popular emotion that mythicised him in the first place. He makes freedom his political asset—his alone—by overshadowing the institutions of a civil society. The Indira Gandhi who had the Emergency declared was the latter type. She was the first Indian leader who evoked affection, admiration and fear in equal measure. She could not have believed that she would go wrong in an India that indulged her; and when paranoia set in, she wanted the safety of a make-believe. The Emergency did not make her safe, and as she began to see enemies everywhere, it only added to her paranoia. It was the beginning of the end of the mythology.

The fall of Mrs G after the Emergency was India’s introduction to the mortality of the maximum leader. The nature of Indian democracy was such that she had no choice but to accept the fall; the folklorish sense of good and evil at the grassroots and the still intact institutions of a civil society ensured that—and made the stronger humble, vulnerable. Forty years on, the world is getting less inhabitable for strong leaders, or autocrats, even in controlled democracies. Take this: suddenly, President Recep Tayyip Erdogan of Turkey looks lesser than the historical size he was aspiring for. In a republic founded by the legendary secularist Kemal Ataturk, Erdogan, the Islamist, wanted to be the next Big Leader of Turkey, but his party for the first time lost its majority in a general election. And Vladimir Putin in Russia, in spite of his macho nationalism, is not fully protected from angry streets anymore. Part czar, part commissar and faux democrat, he too wants his political size to match the historical figures he admires. Beneath the bravado, you cannot miss the paranoia of a man assailed by intimations of the end.

Forty years after the declaration of the Emergency, it is a reassuring thought: the strong leader is fallible, and the street is watching.