Bring back some imperialism please 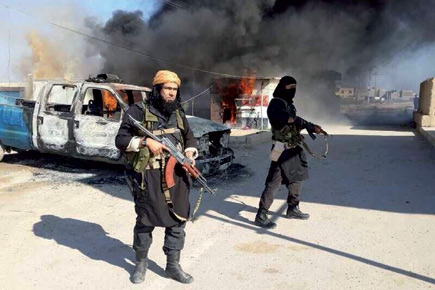 Iraq was America’s unfinished war, no matter that Barack Obama, even before stepping into the White House, called it a phoney war. He wanted to be the non-George Bush of America, for the Republican was caricatured by Beltway liberals and sundry critics of Imperial Overreach as a cowboy president, a gun-slinging, Bible-thumping moralist. Set against George W’s America First was Obama’s America Least. Bush, driven by the Manichaean worldview of the neo-conservative, believed that the big bad world of the 21st century still needed American intervention. Obama, the reconciler, wanted to engage with a world alienated by America’s imperial impulses. For the 44th, American exceptionalism was an exaggeration incompatible with the ideas and attitudes of his times. And the two wars he inherited, he knew, did America immense harm, though, it must be said, he didn’t call the war in Afghanistan phoney. He wanted American troops out of the swamps of Mesopotamia and the scorched hills of Afghanistan. The wars were not worth the body bags. The last of the American troops left Iraq by the end of 2011; and by 2016, Afghanistan will be America-free.

As Iraq falls apart, and the tribal fault lines become more glaring than ever before, what we witness are the wages of an unfinished war. The Islamic State in Iraq and Syria (ISIS), radical Islamism’s new avatar, was bound to happen. And such sanguineous manifestations of post-freedom are common in history. Towards the end of the last century, we saw the old ghosts of nationalism marching out of the trapdoors of history in the post-communist Balkans. Communism, like any totalitarian ideology in power, was, as a Milan Kundera character famously said, an idyll. Beneath the calm stirred ancient resentments. The empire of communism was built on suppressed identities, and when the artificial edifice fell, freedom was bound to be violent, even hateful.

Iraq is not different. Ba’athism, the ideology of Saddam Hussein, too began as a romance. It was Arab nationalism with a dash of poetry, and its founder Michel Aflaq, a Syrian, was, as Fouad Ajami wrote, ‘more an artist than a leader and a politician; he had the artist’s propensity for escape from reality to a world that exists only in his imagination’. Ba’athism was pulp nationalism written in the sands of Arabia. Iraq and Syria, the ideology’s founder states, were supposed to be leaders of an Arab renaissance. We know what happened. In power, Ba’athism became terror in military uniform. The secular Ba’athist leader of Iraq—well, ‘secular’ only till American missiles began to rain on Baghdad—was more at home in the gilded bunkers on the Tigris. The so-called Republic of Fear, paranoid and brutal, allowed no dissent. If the calm of the graveyard is an achievement of totalitarianism, Saddamism was pure peace. The marginalised Shia majority suffered in silence.

Bush’s war, in retrospect, was a just war because it brought the dictatorship of Saddam to an end. The world is a better place without him. And the morality that powered the Bush war was born of the idealism institutionalised by America as the Land of Freedom. The war was just and necessary, but it went wrong in its management. It should not have ended with the fall of Saddam; America could have learned from the classic model of the British Empire, which left behind truly advanced colonies. America was defensive about nation building; it left the job to liberated sects, which resulted in tribal bloodlust. The empowered Shias began to copy the statecraft of their erstwhile tormentor. Nouri al-Maliki, Iraq’s Shia prime minister, for all practical purposes, is Saddam Lite without the medals. The country’s Sunnis, the post-Saddam victims, became the new enemies. The ISIS owes a great deal to the prime minister who, borrowing from the biographies of your average Arab ruler, has come to believe in his own indispensability. Like Saddam, he too refuses to be the leader of all Iraqis.

Iraq has already proved that it cannot be managed by Iraqis. And an Iraq as the new battlefield of radical Islamism is a threat larger than the size of Arabia. It’s intervention time again, but we live in a world without such freedom fighters as Ronald Reagan, Lady Thatcher, and Karol Wojtyla. The Western victory in the Cold War was the triumph of democratic ideals over the de-humanising lies of ideology. In the Age of Obama, tentative pragmatism has replaced overarching Wilsonian idealism. Whenever freedom stirred in controlled societies, Obama was not there with a spontaneous endorsement. The non-Bush has become non-committal to freedom as well. Political Islam requires the same strategy of containment that the West deployed against the Soviet empire during the Cold War. There is none today; the Obama presidency’s global vision is all about retreat-and-reconcile. No war is America’s anymore. Political Islam triumphs because freedom is an idea that no longer appeals to leaders of the so-called free world.