State politics as seen by the general public of Uttar Pradesh 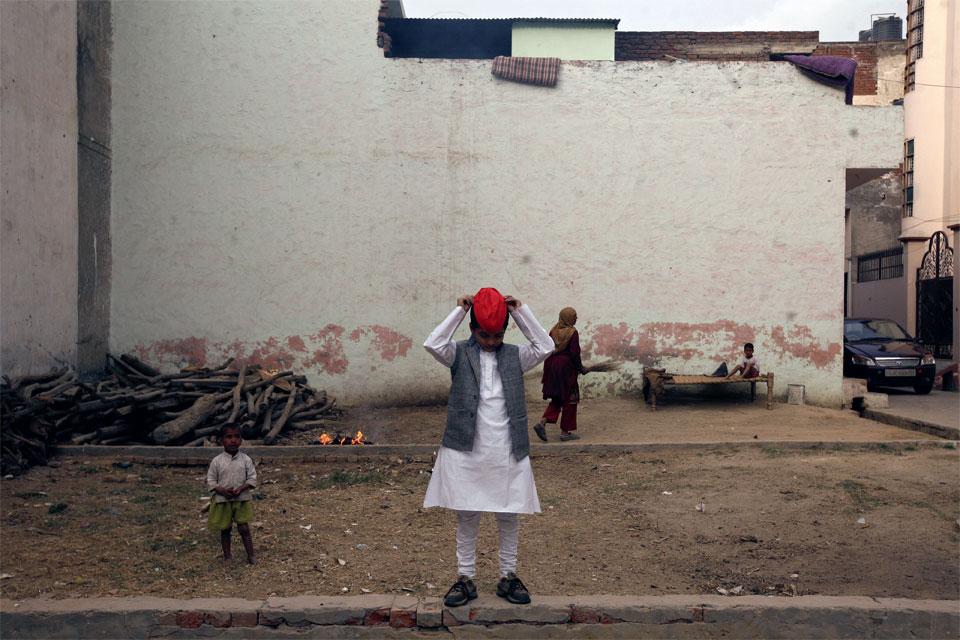 State politics as seen by the general public of Uttar Pradesh

Murtaza was crowned the ‘star campaigner’ by his role model Akhilesh Yadav with whom he spent a lot of time during this campaign. The boy, who began campaigning for the SP when he was three, canvassed for the party in Muzaffarnagar, Khatoli, Bhudana, Aligarh, Shamli, Deoband, Chapar and Behat. He went to Aligarh thrice, he says, ‘on public demand’.

Lahotia believes it is important that the candidate has a clean reputation, no matter which party he or she belongs to. So she voted for a BSP candidate, but she doesn’t want Mayawati as Chief Minister again.

Mustafa, a first-time voter (30 per cent of voters in UP this time were first-timers) did consider exercising the right to not vote but then decided against it because he could be identified. He runs a coaching centre called Blue Bells that he started three years ago. More than a hundred students are enrolled in his centre where they take tuitions in subjects like Economics, Maths and English. He is also assisting a team making a documentary on electricity and life in Chammanganj, Kanpur.

“Rahul Gandhi ne desh loota hai, ab woh UP lootne aaye hain,” says this BCom student. Most Congress leaders have declared far greater assets than Sonia and Rahul Gandhi, he points out. “How can that be?” he asks. A BJP supporter who identified with the RSS in the past, he maintains his morning exercise regimen nevertheless.

“I am not interested anymore,” says Sharma. He contested the 2002 UP Assembly election on a Samajwadi Party ticket, and his campaign special was an act where he made elephants disappear. As it happened, he lost and Mayawati took a call on who did the disappearing. Her government imposed a new tax on magic and Sharma left the state. He has returned now, after ten years, with an itinerary that excludes the elephant-vanishing number.

“It was a free-for-all during the Samajwadi Party’s time. The difference with the BSP is that Mayawati kept the loot to herself,” says this government employee. He feels the BJP has the right nationalist sentiment, and was pretty effective in containing inflation and crime when it was in power.

‘Mayawatiji took care of us, now I’m not sure,” says Kanojia. Though he believes his family has been divinely blessed with water-proof legs and cold-proof constitutions, when the Ganga clean-up drive was underway, he worried that his days at the Banaras dhobi ghat were numbered.

Rajbhar is deputy secretary of the BSP’s youth wing. The party gave him funds to construct a two-room house next to the ramshackle home where he, a father of three, lives with his mother. He still doesn’t have the money to get an electricity connection, so his new house is lying unused. He went to Lucknow twice before these elections to express his thanks to Mayawati but couldn’t meet her. To get the utilities to live in his new house, he says, he has to pay the Samajwadi Party MP in his area.

Since 26 February 1996, Singh has been on dharna at the district magistrate’s office, protesting against property grab in his village, Chausana, by the then local MLA and land mafia. In these 16 years, he says, goons have gutted his home, murdered his associate Deer Singh Harijan and attacked him and his family a number of times. All his time taken up by his agitation, he gets by on the support of friends. The Limca Book of Records 2011 has registered his protest as the longest one-man agitation in India.