The Spy Who Survived

The untold story of Sergei Skripal 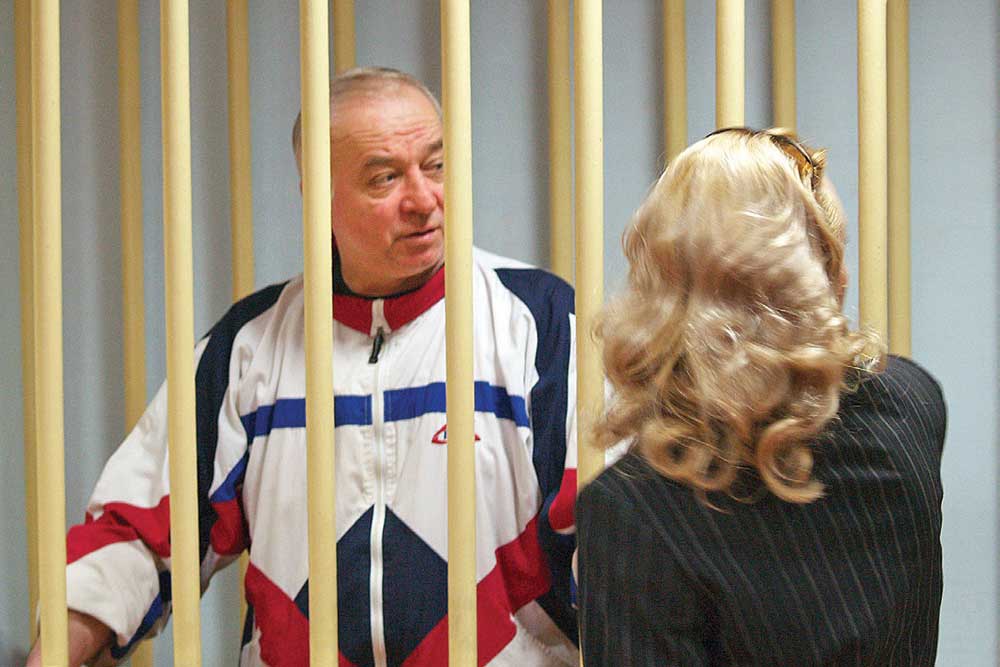 THERE HAS BEEN a spate of books on spies, spy craft and their trade in the last couple of years, mostly by spies themselves. This is rather unusual, as they are not supposed to be seen or heard. They usually inhabit the dark world, where normal rules of social behaviour or of laws of the state do not apply. They mask their identity, tell lies and break the loyalties of citizens to act against their state either for money or blackmail.

This book by Mark Urban, besides being a chilling account of an attempted assassination of a Russian spy by the Russian state in Britain, is different and truly fascinating for three reasons. Firstly, it tells you how spies recruit other spies, or how and when a spy decides to become a double agent. Secondly, it takes you into the more complex world of how a double agent or a mole is detected. Thirdly, how espionage agencies decide to call it quits and swap their assets. This happens rarely and only the biggies like the CIA and KGB do it when they realise that too much is at stake and so much blood can’t be spilled. This is also when governments realise that relations between two states is much more than the murky world of snooping but consists of billions of dollars of trade, thousands of jobs, social and cultural relationships, families living across the borders, students studying in universities and so on.

Sergei Skripal, the spy who was poisoned with a deadly nerve agent Novichok and almost died, was a Russian Military Intelligence (GRU) officer who had defected to the British Intelligence (MI6) and was passing on military secrets of great value. How was he recruited by the MI6?

It was mid-July 1996 and Colonel Skripal was serving in the GRU Rezidentura (station) of the Russian embassy in the Spanish capital, Madrid. After the collapse of the Soviet Union in December 1991, most Russian diplomats were eager to supplement their income by extra work on the side and Western intelligence agencies were equally eager to catch some big fish. The MI6 had not succeeded in getting anyone from the GRU since the recruitment of Colonel Oleg Penkovsky in the late 1950s, whose glowing career as a double agent ended in 1963 with his arrest and execution by the Soviet authorities. The rewards were enormous, but it was an extremely dangerous game: getting caught meant certain death.

Richard Bagnall, an officer of the MI6 posted in Madrid, had already had two meetings with Skripal in which he nervously raised the prospect of the latter working for his agency for a handsome reward, an opportunity that was being contemplated by the latter as he had decided to settle in the West after retirement.

Finally, on the appointed day, a meeting was fixed in one of the smartest hotels in Madrid, where after initial pleasantries Skripal removed an envelope from his pocket containing a large sheet of paper on which he had drawn up the organisational chart of the GRU at its headquarters. This was only a sneak peek into the gold mine, meant to establish Skripal’s credentials. No MI6 officer had seen anything like this for two decades. His offer was readily accepted and in return he received a few thousand dollars for each meeting and the promise of an exit route if it all went wrong.

A successful recruitment, a veteran Western case officer once commented, “requires him to believe that you will never do what you have just persuaded him to do, betray everything”. When a spy recruits another spy, there is an implicit trust that exceeds even the most sacred human relationships. There is an unwritten understanding that his identity will be so protected in the innermost vaults of the agency, for any exposure will immeasurably harm both. Within the MI6, he would be known only as Forthwith, the new nom-de-plume of Skripal. But the MI6 had made one fatal mistake. It had kept the host agency, the Spanish secret service known as the CESID, informed of the fact that it was poaching on their territory in recruiting a Russian spy.

Having become a double agent in the last few months of his stay at Madrid, Skripal was then posted back to the GRU headquarters in Moscow andput in charge of the personnel department. This gave him unhindered access to the identity of all GRU agents working in Europe and the US.

The challenge now was to be in touch with his handlers in MI6 and continue to pass on his newly acquired intelligence and insights. He sent his wife Liudmila twice on holidays to Portugal and Spain where she handed over documents well covered in a book written in secret ink. Meanwhile, his bank accounts were bulging and the family was spending lavishly abroad.

By September 1999, Skripal, aged 48, retired from the GRU and joined the Moscow region administration. It was much easier for him to travel outside Russia to meet his handlers seven or eight times in Spain, Malta, Italy and Turkey and collect handsome rewards for his efforts. But world events were turning against him in mysterious ways.

The Al-Qaeda attacks of 9/11 in Washington and New York brought about a tectonic shift in international security. When President George Bush declared a ‘War on Terror’ he ordered the mobilisation of USA’s entire resources of military, diplomatic and intelligence forces to the goal of hunting down one enemy—jihadist leaders, dead or alive. This saw the relegation of work against Russia to a lower priority and also the emergence of President Putin, who had successfully fought Chechen terrorists, as an ally of the West in the Counter- Intelligence (CI) warfare. As President Bush warmed up to President Putin, the CIA and the MI6 were asked to intensify their cooperation with Russia.

“Skripal was a fantastic agent but at the wrong time,” remarked one of the MI6 officers later on, and added that “after 9/11 his product ended up being of interest to a handful of CI nerds”. The intelligence game had changed, but the assets remained and they had to be protected.

Then how was his cover blown? Skripal’s fate was inexplicably linked to an utterly unconnected event of the exposure of a Spanish spy Roberto Florez, accused of influencing elections in Peru. Since his cover was fully blown, he was removed from Lima, Peru, and posted back to Madrid and assigned a desk job. There he gathered valuable information on various agents of Russia working for the West. He decided to write them down in an 18-page document called ‘Double Agents in the GRU and SVR stations in Spain’ and hand it over to the station chief of SVR (Russian Foreign Intelligence Bureau mainly dealing with civilian affairs, now known as FSB) in Madrid, one Pyotr Melnikov, in return for $200,000.

Soon after this in mid-2004, Skripal was arrested in Moscow and put in Lefortovo prison on a 13-year sentence. How and why was Skripal released from jail? We have to fast forward to June 2010 when the FBI and MI6 launched a joint mega-operation called ‘Operation Ghost Stories’ to sweep clean and capture most Russian operatives working in Britain, Spain and the US. The trigger for this climatic CI operation had come with the news that ColonelAlexander Poteyev, a senior SVR officer working for the US, had fled to Minsk, Byelorussia, from where he was taken by the CIA to America. At the end of the operation, the FBI had detained ten Russian spies in custody: seven deep cover agents, the wife of an agent and two agents on Non-Official Cover.

Then on July 4th, 2010, the director of the CIA, Leon Panetta, called the director of the SVR. As he later explained to the news channel CNN, Panetta said, “I got on the phone call with my Russian counterpart Mikhail Fradkov and said, ‘Mikhail, I want you to know that we are aware they are your people.’” And after a long silence Mikhail said, “Yes, they are our people.” Panetta continued, “Look we would like to work out an exchange,” and Mikhail agreed to the next steps.

The exchange finally took place at the Vienna International airport and Sergei Skripal was one of the lucky ones to be freed by Russia on the request of the MI6.

How Skripal was poisoned with a nerve agent on March 4th, 2018, and how he and his daughter Yulia survived the attack is too well documented to bear repetition. But for those curious of the entire gamut of spy trade and spy craft, this is an invaluable book.