Opium for the Masses

The relationship between economic growth and religious belief 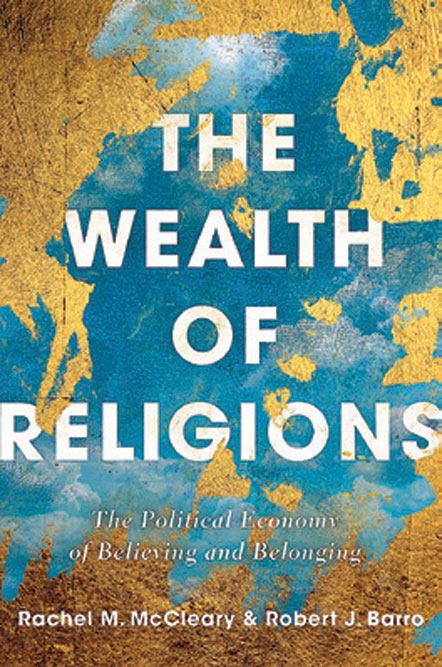 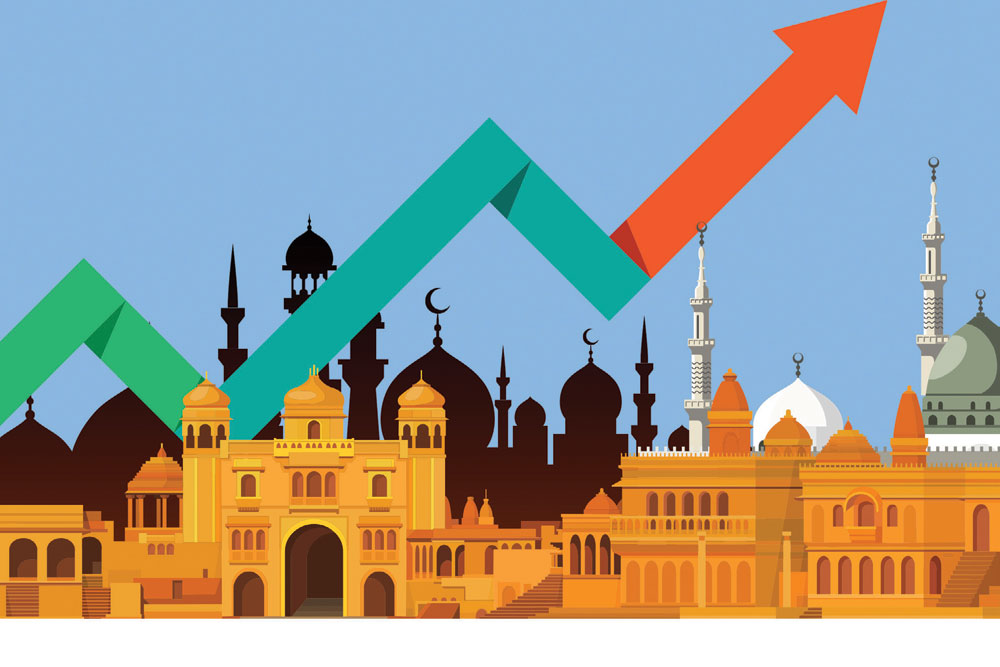 
THE THIRTY YEARS’ War (1618-1648) was probably one of the most destructive episodes in history. Millions perished and the destruction witnessed during that time was unprecedented. The long-run results were salubrious. The Peace of Westphalia led to the birth of the modern system of nation states. More importantly, it led to the ushering in of extensive religious freedom in Europe. Secularism—the separation of the state and the church—was a decisive outcome.

The German sociologist Max Weber interpreted these events as the root of Capitalism. In Weber’s analysis, Protestantism birthed Capitalism through thrift and frugality. For long the staple of hand-waving arguments about economic development, progress and the decline of religion, these ideas are now part and parcel of economic studies that parse cause and effect, layer by layer. Rachel McCleary and Robert Barro’s The Wealth of Religions: The Political Economy of Believing and Belonging (Princeton University Press; 216 pages; Rs 1,615) is a summation of the major results in the area in recent years.

The scholars note, ‘Weber thought that Protestantism was important in the early phases of the Industrial Revolution…because it provided moral discipline and a psychological compulsion to work hard.’ In less than a century, this ‘moral discipline’ had transformed into the modern notion of rational choice for allocating time for work and leisure. They note, ‘Our central finding is that the effect of religiosity on economic growth involves a positive response to believing relative to belonging (attending). We conjecture that religious beliefs stimulate growth because they help to sustain aspects of individual behaviour— honesty, thrift, work ethic— that enhance productivity.’

It is interesting to note that nearly 115 years after The Protestant Ethic and the Spirit of Capitalism growth theorists dwell on the theme of thrift and hard work, never mind that the theory of economic growth is premised on rational behaviour and has virtually no room for religious ideas. Are rational mechanisms too arid for the complex choices made by human beings under a variety of constraints, ones that defy even the most arcane production functions?

Given this two-sided relationship between religion and economic growth, it is interesting to conjecture about modern Indian history from this perspective. Data shows that most Indians are believers in some faith or the other. A 2015 Pew Research report showed that 86 per cent of those surveyed said religion was very important to them personally. Figures like this one are subject to fluctuations but the trend is clear: Indians remain a deeply religious people.


If anything, the empirical puzzle is why does India defy the European pattern of economic development and secularisation? Why is intense religiosity a product of those years when the country witnessed an economic boom?

This bit of data throws a spanner in the Weberian secularisation thesis that McCleary and Barro used to describe the demand for religious services. Thus India seems to be an outlier with respect to secularisation. There is plenty of data to sketch a history based on such a conjecture. Data gathered by political scientists Steven Wilkinson and Ashutosh Varshney, when supplemented with other sources, shows two trends. One, from 1950 until 1983 roughly, the number of riots per year remained below 50. The number peaked at around 100 per year in 1990 and then subsided to their historical average in the 1990s. The 2002 Gujarat riots broke this trend dramatically and thereafter the trend subsided. Two, the intensity of riots was the highest in 1968-69, late 1970s and 1992—the year Babri Masjid was demolished. 2002 was considerably lower and nowhere near the historic triple peaks (1968-69, late 1970s and 1992).

These trends, especially the number of riots per year, point towards the fact that inter-religious violence, strongly held religious beliefs, correlate to an extent with the period when economic growth took off after successive reforms in the 1980s and 1990s.

These and other aspects of religion in India have been explored by Sriya Iyer, a Cambridge University economist, in her book The Economics of Religion in India (Harvard University Press; 304 pages; Rs 3,999). Iyer notes, ‘In general, riots are positively correlated with the percentage of Muslim population and urban inequality, and negatively correlated with economic growth.’ In fact, Iyer carried out an econometric exercise where she tried to look at the effect of riots, among a number of other variables, on economic growth. The result showed a very small effect that riots have on growth: an extra riot leads to a 0.027 per cent decline in economic growth.

This is but to be expected. Religious riots are just a subset of the larger issue of how economic growth affects religious attitudes. The Indian case defies the Weberian claim (not to speak of the Freudian and Marxian ones) that economic development should lead to a decline in religious belief. India, if anything, shows a reverse trend: It was during a period of relative economic stagnation—the time of the so-called ‘Hindu rate of growth’ when the country averaged 3.5 per cent growth from 1950 to 1980—that Indians were less favourably inclined towards religion. Contemporary historians of Leftist and liberal persuasion are quick to latch on to the idea that this state of affairs was due to the presence of a ‘strong secular state’ that did not allow religion to ‘get out of hand’. It may be too speculative but it is worth noting that many such secular-minded economists also look with alarm at the spurt of high growth seen in India in recent decades, though that concern is couched in terms of the dangers posed by rising inequality.

The truth, however, may be considerably more complicated. Even if one accepts the claim that India was a strongly secular state in 1950s, it is not hard to see how that situation unravelled. The key determinant here is secularisation—or progressive withdrawal of religion from day-to-day affairs—and not secularism, which was nothing more than a top-down emphasis on keeping religious conflict at bay. The process of economic development, one that is sufficiently deep, never really occurred across India during the so-called secular years. It was an enclave-type economic development, restricted to certain sectors and specific geographic locales. The vast Indian countryside remained more or less immune to this mechanism.

If anything, the empirical puzzle is why does India defy the European pattern of economic development and secularisation? Why is intense religiosity a product of those years when the country witnessed an economic boom? At one level there may be more than mere economic cause-and-effect at work, necessitating careful work by specialists in comparative religious studies. At another level, the usual economic problems, lags in cause and effect, missing variables, measurement issues and the like may be at work. It is worth noting that economic studies of religion on India are sparse to the point of being non-existent. Finally, it may be the case that at the empirical level, the relationship may not be stable. For example, during 2007-2013, when the United Progressive Alliance Government executed a ‘socialist turn’ in economic policymaking, religiosity slowly began ratcheting up. This was a complex interplay between economic and political factors. It will be interesting to speculate about the situation now when a similar economic pivot is on. The difference is that the India of today is suffused extensively with religious belief.