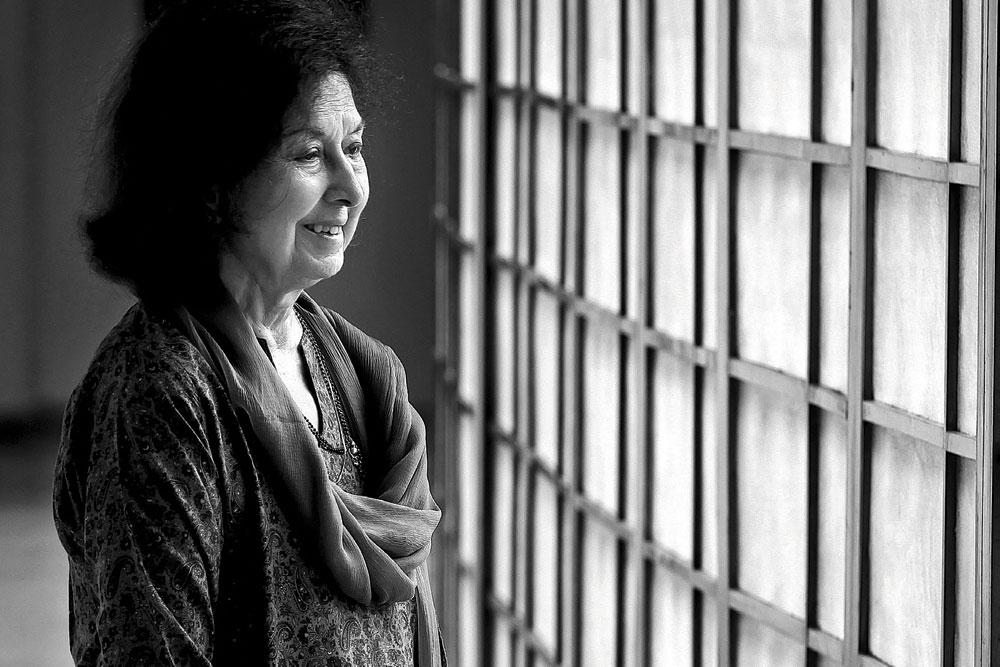 ‘WE ONLY MAKE use of the opportunities politics provides,’ says the father of an arms dealer, speaking of the bounties the Cold War offered, among other great conflicts. In veteran writer Nayantara Sahgal’s new novella, The Fate of Butterflies (Speaking Tiger; 144 pages; Rs450), it seems this cycle may never end.

Sergei, Russian, ageing, son of the arms dealer but with a peacenik daughter and a slowly awakening conscience, is one of the central protagonists; by way of contrast, our other chief protagonist, Prabhakar, is the orphaned son of labourers and has reinvented himself (even his last name), becoming an academic. Their worlds overlap at the dinner parties held in the homes of the capital’s intelligentsia, or at Bonjour, the French restaurant run by dancer Prahlad and his French partner, the kind of international Delhi establishment which is like few other places in the world. When Prabhakar writes a book that is essentially a modern-day parable, speaking to the rise of evil and how it is normalised, he comes to the attention of Mirajkar, a menacing political influencer. He also meets the beautiful, half Russian Katerina, who bears witness to a brutal mass rape both in court and in person by means of her very visible scars. ‘Love knows no safe haven in times like these,’ we are told. But ‘[t]he times are grim, the times are unbearably tragic, and so, my friends—let’s dance!’ announces Prahlad.

Cruelty is casual in the book’s landscape; a dead man is left on the street with his skullcap on and an axe testifying to the manner of his death; Bonjour is attacked by thugs on account of a reaction to the owners’ homosexuality; an inspired Muslim cook can no longer serve Mughal delicacies at his kaif. These are, of course, no longer extreme scenarios in these times, and fiction serves only to magnify their effect as recurring features of the news cycle.

“The story just grew by itself. The last novella [When the Moon Shines by Day] came out a year ago, this is like a companion piece. They are both about the times we are living in. I started to write this after I finished the last novella, I finished it in a few months. It just poured out. It was a wonderful experience, partly to do with the passionate feeling I have about these times. A situation which is so new to India. We are at an urgent moment, at crossroads,” says Sahgal over the phone, at home in Dehradun. This April, before she turns 92, she will be awarded the inaugural Loknete Bhai Vaidya Smruti Gaurav Puraskar, for her contribution to Indian literature; she has been awarded the Commonwealth Writers’ Prize, the Sinclair Prize and the Lal Ded National Award in the past.

Her novella last year described the ethnic cleansing of Muslims overseen by a ‘director of cultural transformation’, among other horrors. It is part of Sahgal’s steadfast campaign to speak the truth in the face of injustice; during the Emergency, even against her cousin Indira Gandhi. In 2015, Sahgal returned the Sahitya Akademi Award (for her celebrated novel Rich Like Us) to protest against the silence of the Akademi following the murders of rationalist writers MM Kalburgi, Govind Pansare and Narendra Dabholkar. This January, Sahgal’s invitation to attend the 92nd All India Marathi Literary Meet was rescinded, allegedly because of threats made against her by the Maharashtra Navnirman Sena. An alternative event was organised later.

Now, the rich and powerful just don’t speak. The poor and aspirational, the students, have spoken up, says Nayantara Sahgal

“It really amazed me, this huge support I got from Marathi writers. Some attended the event and spoke against the cancellation. Some women went, wearing my mask. It was impressive. I was very moved. They had a meeting in support of me in Mumbai, with other speakers. Personally, I did not feel insulted because that is the kind of thing that is happening. It has almost become a status symbol. I’m in good company. TM Krishna, Gopal Gandhi, Ramachandra Guha,” says Sahgal. Has she faced other opposition, since? “I’ve had a lot of invitations since then, I have had to turn them down only as I have to get back to work,” Sahgal clarifies.

This is a portrait of a privileged India which may have believed it was unassailable in earlier times but which has found itself becoming increasingly vulnerable, these last few years. I ask if there is still a class of people in the country who can remain untouched.

“In these times, the people who are untouched by politics are the millionaires and billionaires. I don’t think they care what happens around them as long as they are fine,” says Sahgal. She raises the silence of Bollywood. “I was surprised that no film star or colleague of Naseeruddin Shah supported him when he spoke in such anguish about what Muslims are going through in this country. It’s such a contrast to the days when the film industry spoke out during times of censorship, when even the word ‘freedom’ was dangerous. Now, the rich and powerful just don’t speak. The poor and aspirational, the students, have spoken up.”

Do our political hopes lie with young people? “JNU has been a great example, and so have others. Personally I hope Kanhaiya Kumar becomes the prime minister one day. I think he has it in him. I have great hopes in young people of that kind. There are, of course, the young who are only interested in the corporate world, and in jobs concerning commerce and so on. But many, many Indians, young and old, are deeply involved in politics.”

Like Arundhati Roy’s novel The Ministry of Utmost Happiness, The Fate of Butterflies’ subject is urgent and compelling, also overwhelming. Its priority isn’t the story as much as the message, the big trap of primarily political fiction. Sahgal is lyrical about the special world her characters occupy; figures whose glamour crisscrosses continents and fuels exceptional dreams and schools of thought. What is less convincing is the idea the dancer Prahlad puts forward: that one must dance while one can (off the book’s epigraph from the 1936 musical comedy Follow the Fleet, starring Fred Astaire and Ginger Rogers). It seems increasingly clear what we have been doing is just this.

Is Sahgal optimistic at all about change in the face of the upcoming elections? “Life has to go on, and people will always fall in love and carry on with their usual lives. What else should we do but celebrate as much as we can?” she says, firmly, not allowing for the luxury of hope. “Let us hope the elections will reflect a change of mood in the country which we certainly know is happening.”

She speaks of the recent terror attack in Pulwama, Jammu and Kashmir, and the ensuing events which escalated tensions between India and Pakistan. “Now we see that with the latest attack, the Government is doing its best to keep a sort of wartime spirit on the boil. That is very wrong and very dangerous, but these are the things they are relying on to get them through the next election.”

Pratap Bhanu Mehta wrote recently, ‘We are becoming a nation of resentful hearts, small minds and constricted souls… Democracy should be an occasion for exuberance, lightness, gaiety, freedom.’ How do we access that state of being, I ask Sahgal. “In the years after Independence, we were a democracy,” she says. “Those were great years of striving, an adventure, it was a great, great time. This situation is new for India. We have never, never faced this dictatorship before except when Mrs Gandhi declared the Emergency of 1975. That was clearly a dictatorship. Here, all of this is happening under the cover of democracy. We are told we are a democracy. This is up till the moment the Constitution is amended, the ruling party doesn’t have the numbers to amend it now. People are being arrested for being seditious or anti-national, and five eminent writers have been shot dead because of their refusal to agree to superstition instead of reason. This is not even including the poor people who are carrying out their usual job and accused of transporting beef, and then tortured and lynched. All this is going on in a democracy.”

I ask her a question, which I’d asked previously, and remains relevant: does she still believe fiction resists closure, in a way that non-fiction doesn’t? “In general, non-fiction has been my conscience. Fiction is my first love. I had to turn to non-fiction initially to earn a living because I was impoverished by my divorce,” Sahgal remembers. “Happily, I was being published abroad so I could earn through my fiction. Just about that time, the Emergency came and I joined JP’s movement. Thereafter, it became a matter of defending what Nehru stood for. That to me became much more important than anything that happened to me personally.”

It remains to be seen if fiction can provide answers to the question of what one does when the dance is done, the song spun out.