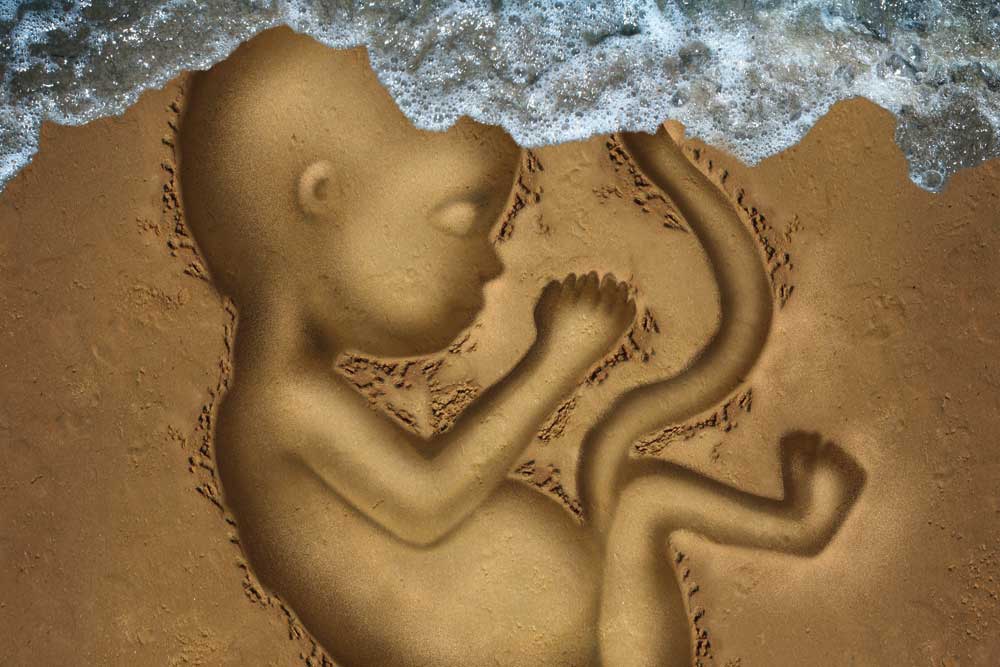 ANJU WAS ONLY 14 when she ran away from her employer’s home where she worked as a domestic help. She was disgusted with what a male cook at the ‘kothi’ had done to her. Not once, but multiple times. She stayed for a few days with her elder cousin who worked as a stay-at-home cook in a palatial bungalow in Delhi’s tony Vasant Vihar. The two Bihar-born cousins shared the servants’ quarter. Anju found a new job within a few days through her cousin’s contacts in Panchsheel Park. The teenager was so petite that when she began to put on weight over the next few months, her employer’s neighbours poked fun at the family—since all of them were overweight themselves, any ‘maid’ who worked for them too ended up several kilos heavier.

One day when Anju complained of a stomach ache, the lady of the house gave her Gelusil to fight flatulence. The same evening Anju called her cousin to say she couldn’t bear the pain. The cousin took her to a clinic in Vasant Vihar that caters exclusively to household helps and migrant workers, especially women. At dawn the next day, the 15-year-old delivered a healthy baby girl weighing 2.6 kg, much to the shock of everyone, including her.

Such stories that are often dismissed as rare aren’t rare at all, says the doctor who has for decades treated migrant women who land up in Delhi to work as helps, and who chose to stay anonymous for this article. “Anju was a victim of child rape, but she was relatively lucky. She got good nutrition and a safe environment during her pregnancy, and it was a normal delivery. Her employers took her back home and tended to her medical needs after the delivery. Else, a girl like her would have ended up turning to prostitution very soon,” says the doctor, emphasising the lack of awareness of sexual and reproductive rights even among young women who grow up in big cities. Many of them have no idea about contraception and the symptoms of pregnancy, such as nausea and the pause of menstruation, he notes. He cites the example of another help, also an unmarried migrant from Bihar, who became pregnant aged 23 and died at the hands of illegal providers of abortion services. She didn’t want to visit public health centres in fear of the stigma associated with being pregnant while unmarried. Worse, household helps dread the prospect of local police harassing—and abusing—them if they find out that an unmarried underprivileged woman had gone in for an abortion. She was already 16 weeks pregnant when the man she was in love with, a 25-year-old driver, insisted on an abortion as he wasn’t yet ‘ready’ to marry her. She died from an infection after her uterus was badly perforated at an illegal abortion facility.

What is worrying, according to an admission by the Ministry of Health and Family Welfare, is a statistical spike in cases of unsafe abortions in both rural and urban India. What compounds matters is not only the stigma but also a shortfall in abortion service providers. It turns out that a crucial amendment to the Medical Termination of Pregnancy (MTP) Act of 1971 that is specifically aimed at enhancing the provider base is likely to be dropped from the list of recommendations submitted by an expert group to the Government, thanks to a series of factors, including resistance from anti-sex determination groups and established players in the field who want the status quo to persist.

Vinoj Manning, executive director, Ipas Development Foundation, which works closely with the Government of India and offers technical assistance in abortion services for doctors and other healthcare professionals, says that in 1971, India was far ahead of many other countries in legalising abortion. That was a time when only 15 other nations in the world had made it legal. The problem, he says, is that Indian laws have not kept pace with changing technologies.

The country amended the 1971 law slightly in 2002. In 2014, the Government published a set of proposed amendments for public scrutiny and inputs. Instead of a meaningful discussion, what ensued was a heated debate with one-sided arguments gaining force—to the extent that an amendment to include trained nurses and doctors practicing alternative medicine streams (AYUSH) among abortion service providers is expected to be omitted. Many officials and healthcare experts fear that any plan to discard that crucial amendment will hamper efforts to improve access to safe abortion care.

The Ministry of Health and Welfare, with the approval of the Law Ministry, had published draft amendments of the MTP Act on October 29th, 2014. The other amendments include raising the upper limit for availing abortion to 24 weeks gestation from 20 now for special categories, and scrapping the need of an okay from two certified doctors for abortions performed after 12 weeks of gestation.

The 1971 Act prescribed the requirement of a specialised service provider because back then perhaps the only method of abortion was dilation and curettage (D&C), which required anaesthesia. “And therefore the law was framed in accordance with the technology of the time,” says Manning. D&C was a painful surgical method which has now been replaced by vacuum aspiration (both electric and manual) and other medical methods.

The law has remained unchanged, though today two sets of tablets taken thrice are enough to ensure termination of pregnancy up to nine weeks’ gestation. Mifepristone and Misoprostol are the drugs approved in India. These drugs are relatively easy to obtain in many large cities, and some doctors worry that women seeking abortion often buy and consume them without medical supervision. This is a health hazard that can also lead to complications in future pregnancies, which makes the need for more legal abortion providers all the more urgent.

Manning explains that in countries that passed abortion laws later—and that includes almost 90 other nations—policymakers had the advantage of making laws less restrictive than India’s. The fallout of India’s lethargy in revising rules has been disastrous: one woman dies every two hours here because of an unsafe abortion— this, in a country that was among the pioneers of respecting women’s sexual rights. As many as 50,000 pregnant mothers die in India annually, according to official figures, due to a raft of reasons including poor road connectivity, scarcity of abortion services and a dearth of certified service providers. Quacks who fill in to make hay are also responsible for many deaths.

Some of India’s top obstetricians and gynaecologists argue that expanding the provider base in line with the proposed amendment (under public scrutiny) will result in sex-selective abortions. However, many of their colleagues contest this, arguing that various studies have shown that only 2-4 per cent of abortions done in the country are estimated to be sex-selective. Most of them also dismiss contentions that abortion services are accessed primarily by women who have illegitimate pregnancies. Rather, various reports suggest that most abortions are undertaken by married women.

15.6 million abortions are carried out every year in the country. Of these 11.5 million are not done at healthcare facilities

For his part, Delhi-based Dr Puneet Bedi, consultant in obstetrics and gynaecology at the Indraprastha Apollo hospital, says that the argument to enhance the provider base is a “very, very dangerous” line that is often taken by the population- control lobby.

Given the ground reality, though, it is callous not to take a broader perspective of the issue. The number of abortions in India is showing no signs of a fall yet: according to a Lancet report, compared with 27 million annual live births in the country, there are 15.6 million abortions.

An indepth study of the amendment proposals by Mandira Paul and others published in the peer-reviewed journal Global Health Action says: ‘To impede progress of the amendment toward increased access to safe abortion care in India would be unfortunate, especially when considering the existing body of evidence on alternate providers in abortion care, both in India and in other low, middle as well as high-income countries.’ The study adds, ‘In addition, comprehensive abortion care is rarely included or discussed in basic education for MBBS doctors. Inadequate basic and in-service training in combination with slow administration of private provider certification undermines women’s ability to access legal and safe abortion services—a violation of women’s reproductive and human rights.’

THE AMENDMENTS to the MTP Act cannot be delayed any further. It is imperative that the Government adopts other amendments that let an abortion be done after the 20- week gestation window. A case that highlights why such a change is needed is the experience of Mumbai mother Nikita Mehta, who, realising that her child would have a congenital heart disease, appealed to the Bombay High Court that she be allowed to have an abortion in her 24th week of pregnancy. In this 2008 case, the court turned down her appeal citing archaic, existing laws. She had a miscarriage in the 27th week.

Disturbingly, the courts have been inconsistent in their verdicts on abortion cases. Whether any good is done by citing outdated laws in a country where only 27 per cent of women have access to safe legal facilities while most people depend on illegal and dangerous practices is a question that needs to be asked.

Notwithstanding hard facts, anti-sex selection advocates may still feel that one way to curb female infanticide is to restrict the ease of abortion, but numbers reveal a bleak picture. While the number of obstetrician-gynaecologists is abysmally low for a country with a female population of more than 580 million, the number of MBBS graduates who are trained to perform abortions is also minuscule. The woman who typically needs abortion care in India earns only about Rs 1,500 a month. Which means the services have to be free of cost. In the absence of government-run services, the needy are often forced to take “circuitous routes” and in most serious cases end up in a public facility once everything else fails, says Manning.

Sustained awareness campaigns are very rare since abortion, unlike sex trafficking among children and women, isn’t something that has great traction among NGOs. How a policy gets translated in the field in all its sloppiness also contributes to the menace of pregnancy-related deaths in the country.

As the study by Mandira Paul and others states: ‘It is time that the public health system of India moves from the discredited ‘dilatation & curettage’ to safer and modern methods of abortion such as medical abortion and vacuum aspiration. These methods can easily be implemented at a primary health care level, provided by alternate providers and hence increase access to safe abortion services and respect women’s reproductive rights. However, for task sharing to be successful, the importance of accurate and quality training and guidelines must be emphasised.’

Most women in India, the parliamentary panel mentioned earlier has said, are routinely deprived of basic sexual and reproductive health. They also don’t have the power within their families to choose their gap between pregnancies, or whether or not to deliver a child. Several of them, especially teenagers, are victims of incestuous rape and are occasionally targeted for honour killings in the absence of abortion facilities in the countryside.

India once famously lashed out at Ireland for denying Indian dentist Savita Halappanavar an abortion that resulted in her untimely death at the age of 31, but holding back much-needed amendments to outdated laws is a crime against motherhood that puts India in a worse light. The Government and all other stakeholders in Indian healthcare need to urgently work out a solution to stop meaningless maternal deaths.