In the Name of Rama

From behind the scenes as well as the frontline, they provided the intellectual, political and spiritual ballast to a movement that culminated on Demolition Day 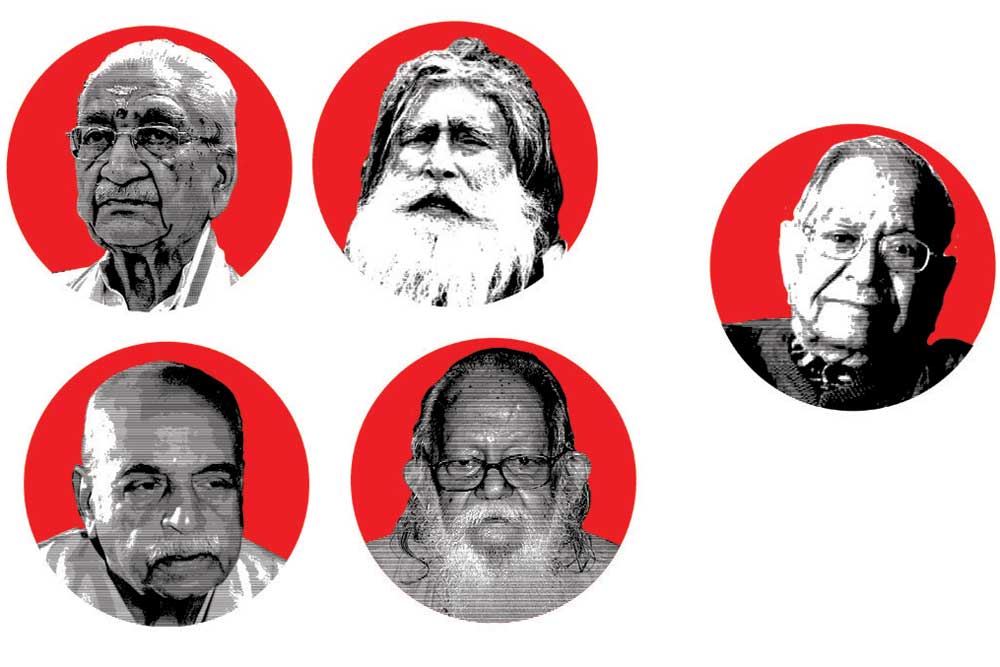 IN the 1970s, when archaeologist BB Lal and his team started digging near the Babri Masjid in Ayodhya, he had little idea of a mass movement brewing over a dispute that would come to redefine politics. “I was looking only at the antiquity of the Ramjanmabhoomi,” says Lal, referring to Lord Rama’s birthplace, at his Hauz Khas home in Delhi. At 96, he remembers the excavation work carried out from 1977 to 1986 quite distinctly. “The Babri Masjid was a small structure. Attached to [its] piers were 12 pillars with Hindu motifs and deities,” he says, “The excavated pillar bases along the boundary wall penetrated the complex, raising the question if these had a link with the pillars of the piers,” he says. About four decades later, Lal documented these details in a book, Rama: His Historicity, Mandir and Setu. After a talk he gave in 1991 at Vijayawada on his findings, scholars asked him if there was a temple under the mosque. 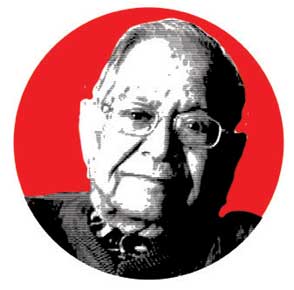 Lal says he answered as an archaeologist would—that unless the actual area of concern was excavated, no such conclusion could be drawn, adding that the mosque’s floor was wide enough to conduct spot probes without damaging the structure. By then, the Ramjanmabhoomi issue had turned into a full-fledged political movement, and when the Masjid was pulled down on December 6th, 1992, he says, “Personally, speaking I was unhappy about it.” To him, it was incidental that he was involved with the 1977-86 excavations. Ayodhya was one of five sites taken up for the Ramayana Project of the Indian Institute of Advanced Studies, Shimla, of which Lal was appointed director after he quit as director general of the Archaeological Survey of India in 1972. As an academic, he says, he had three ‘curiosities’: uncovering archaeological remains of the Ramayana, Mahabharata and the Aryans. The findings of the Mahabharata Project, for which excavations were done in the early 1950s, had encouraged him to take up the historicity of the Ramayana. Lal had no political connections and was never in touch with any leader of the agitation for a temple in Ayodhya, though he always had his political views. “There is only one god in this country—the vote,” he says. His role in Rama’s ascent as a political icon may have been unwitting, but was significant all the same. “A story on Ayodhya would be incomplete without him,” says Ram Bahadur Rai, a former journalist who heads the board of the Indira Gandhi Centre for Arts, “His findings were cited as evidence in the agitation.” 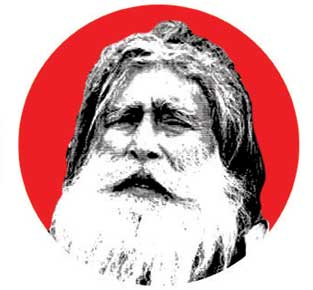 Two years before Lal first began excavation work in 1952 on the Mahabharata Project, Ramachandra Das Paramhans, born as Chandreswar Tiwari in Bihar in 1913, had filed a law suit for prayers to continue and idols to be retained under the central dome of the Ayodhya structure. An earlier suit for the right to perform puja at the site had been filed in Faizabad by one Gopal Simla Visharad soon after an idol of Ram Lalla was found placed there overnight in 1949, but as head of the Digambar Akhara, a congregation of Naga sadhus based in Ayodhya, Paramhans was among the first to mobilise an effort to claim the disputed site’s legal title. “He was convinced of the historicity of the place and was adamant that Ramjanmabhoomi should be liberated. Till his last breath, he said he will fight for it,” recounts BJP leader R Balashankar, a former journalist and former editor of the RSS publication Organiser. With his flowing grey beard and yellow dhoti, Paramhans shot to fame as president of the Ramjanmabhoomi Nyas, an entity dedicated to the cause. In 1985, he even threatened to immolate himself if the gates of the shrine were not opened by Ram Navami the following year (neither happened). According to Balashankar, Paramhans had lost faith in the judiciary and believed that only a mass movement would deliver Hindus justice. He died in 2003, aged 90. 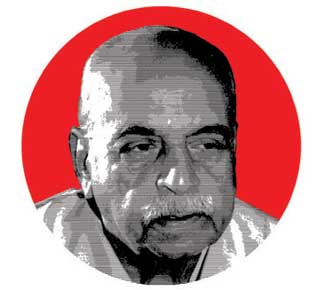 Moropant Pingley, a senior RSS leader, worked for the cause behind the scenes. A full-time pracharak, he came up with several ideas to give the movement ballast. “I met Pingley several times. He joked a lot, but never divulged his plans,” says Ram Bahadur Rai, a former journalist. As a founding member of the Vishwa Hindu Parishad, the Sangh affiliate that spearheaded the temple agitation in the 1980s, Pingley was the man who drew out the road map. He died a couple of months after Paramhans. 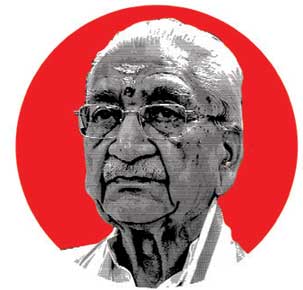 As the man deputed in 1981 by the RSS to lead the VHP, Ashok Singhal was at the forefront the movement. He had caught the Sangh leadership’s attention that year with a speech at an RSS conclave in Bangalore asking for a Hindu awakening in the aftermath of the mass conversion of Dalits to Islam in Meenakshipuram, Tamil Nadu. Singhal was among the organisers of the first VHP ‘dharma sansad’ in 1984, attended by hundreds of sadhus and others, at Vigyan Bhavan in Delhi. He was among those present at the site during the demolition of the Babri Masjid. Balashankar recalls that when he met the VHP chief at an Agra guest house where he was under arrest after the event—along with such BJP leaders as Advani, Murli Manohar Joshi and Uma Bharti—Singhal had said the demolition had happened in the heat of the moment. “He told me it was not in the scheme of things to bring down the structure. At the same time, he said he was not unhappy about it,” recalls Balashankar. Singhal died in 2015.

Priest with a Cause: Mahant Avaidyanath 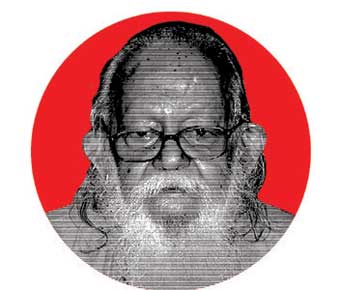 In 1984, Mahant Avaidyanath, the saffron-clad chief priest of the Gorakhnath temple and a Hindu Mahasabha leader, founded the Ramjanmabhoomi Mukti Yajna Samiti to ‘liberate’ the disputed site. This body planned processions with Hindu nationalist slogans to be chanted. “He was a strong orator with a powerful personality,” says Balashankar. Like Paramhans, Avaidyanath is among those listed by the Liberhan Commission report on the Babri Masjid demolition for having made ‘provocative speeches’. He joined electoral politics in 1962, winning UP’s Maniram Assembly seat, which he won four more times after that. Avaidyanath also won the Gorakhpur Lok Sabha seat four times—as a Hindu Mahasabha candidate in 1970 and 1989 and as a BJP leader in 1991 and 1996. Ten years before his death in 2014, he passed the mantle of the Gorakhnath temple on to his protégé Yogi Adityanath, who also represented Gorakhpur in Parliament several times and is now Chief Minister of UP. 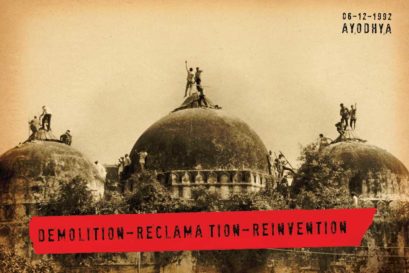