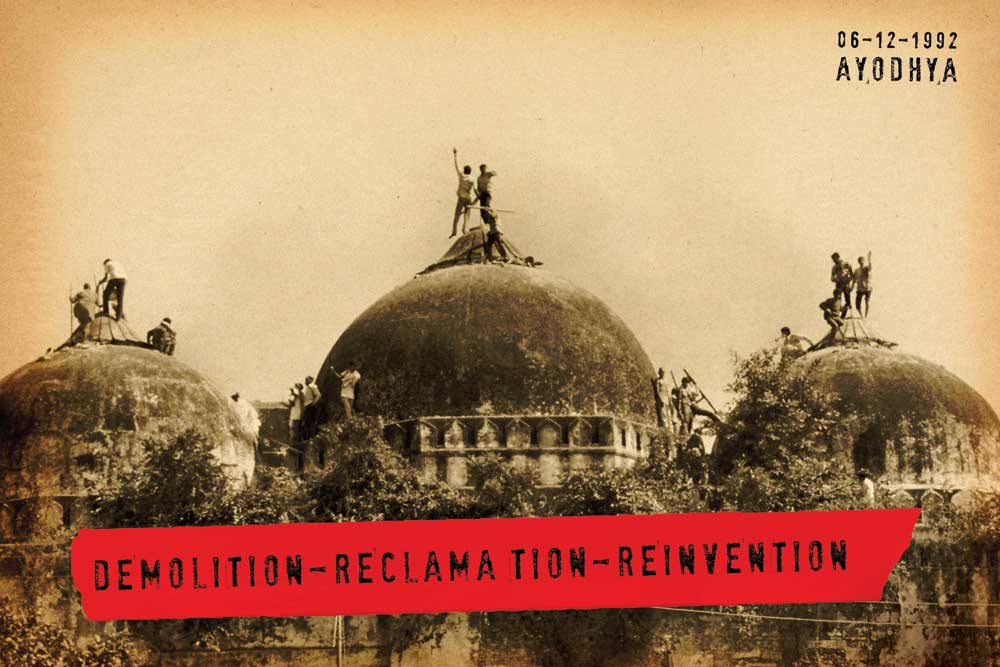 TWENTY-FIVE YEARS ago on December 6th in Ayodhya, a crack on the dome of a mosque marked the most decisive rupture in the secular make-believe of Indian politics. There they were, playing out a script borrowed from history and mythology, seeking justice for the aggrieved Hindu, whose legion multiplied in resentment and revenge. On the domes were restoration artists with pickaxes, reclaiming their displaced god and shedding the last pretence that had shrouded their identity so far. It was a sight that India of the 20th century had seen only in history books, and it happened at a time when, elsewhere in the world, demolition was the repudiation of an ideological lie. The Berlin Wall had fallen; Eastern Europe was liberated; the Soviet empire had collapsed along with its last commissar who let it go. It was liberation time, though not the end of history. In India, the ruins of a mosque told a different story: identity sought legitimacy from a contested past.

The man who celebrated the ruins, the liberator covered in the dust of hate and faith, symbolised another demolition: the coming apart of the delicately assembled Nehruvian New Man, the poster child of Independent India exhibited in less fortunate parts of the ‘Third World’. The Nehruvian golem was a necessary experiment in genetic engineering to keep India intact. It was the responsibility of the state to protect the New Man from the corrosive influences of the ‘nation’ and ‘religion’. They were the twin evils of a modernity that could be attained only through the scientific application of socialism. The New Man was Dr Socialist’s obedient monster. He too was demolished in Ayodhya that day— whether for better or worse, India has not stopped arguing.

Twenty-five years on, the India of Narendra Modi owes a great deal to the movement that culminated in Ayodhya on a day that was saddest for some, shameful for many, and satisfying for a few

In retrospect, it was meta-demolition. The Hindu Rearmed was an inevitability to be reckoned with in an India on the brink of rejecting the cosy assumptions of what LK Advani had called ‘pseudo-secularism’. As the angry Hindu looked for his gods in the vandalised sites of shared memory, elsewhere in real time and space, fear took hold. In the assertive age of Indianness, defined by those who demanded civilisational rights over geography, the outsider was the one who demurred over uniformity. It was a time when nationalism, for its full realisation in a place where the sacred remains the most disputed, required a Hindu adjective. The political Hindu, still struggling with a greater sense of hurt, rejected the old order. Ayodhya set the stage for Hindutva in power.

And it must be said: one man worked the hardest, travelled the most treacherous alleys of Indian politics, to make Ayodhya a metaphor for reclamation and reinvention of the national self. Still, in his own words, the demolition, the cruel abruptness of it, saddened him. He was the charioteer, the original mobiliser, who dared to breach the barrier between history and mythology to retrieve the sacred nation from the swamps of ‘pseudo-secularism’. Thankful gods would join him in the electoral battle for India one day, but in the end, he would not be the one sitting on the throne. There would only be way stations in his journey—and Ayodhya was one of them—but no final destination. Still, the First Yatri of Indian politics never stopped walking, and he would even cross the border to visit another disputed site. His pilgrimage to the mausoleum of Jinnah was an extension of his argument with history; it was also his desperate bid to re-imagine himself. Abandoned and left alone to nurse his grievances, he still has one consolation: when India took a historic right turn, he held the semaphore from a chariot.

Twenty-five years on, the India of Narendra Modi owes a great deal to the movement that culminated in Ayodhya on a day that was saddest for some, shameful for many, and satisfying for a few. Today, Ayodhya is not an invocation that unites the base; India has come a long way from the ruins of a mosque that was not always a mosque. The inheritors of Ayodhya’s legacy want a suitable temple for Rama, but no leader in Modi’s India is likely to remobilise the faithful and the vengeful for the sake of the Perfect Man. In spite of the caricature by leftist fundamentalists, Modi is on a journey to achieve the status of the Perfect Ruler, and along the way, the last remains of entitlement are being demolished, without much fanfare. A temple in Modi’s India, if his words are any indication, cannot afford to be incompatible with the spirit of modernisation he has unleashed. India may have outlived the political uses of Ayodhya as a slogan, but Modi has many more temples of unity and progress to build on the ruins he inherited as Prime Minister. 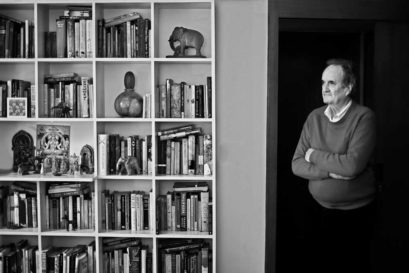 Mark Tully, who reported it for the world from ground zero, watched some leaders asking the police to stay away and Sangh volunteers breaching police cordons with ease. Then they began to climb up the domes of the mosque and started hacking away at the mortar