The crescent over Kabul today clarifies how America, on the eve of the twentieth anniversary of 9/11, diminished the idea of freedom 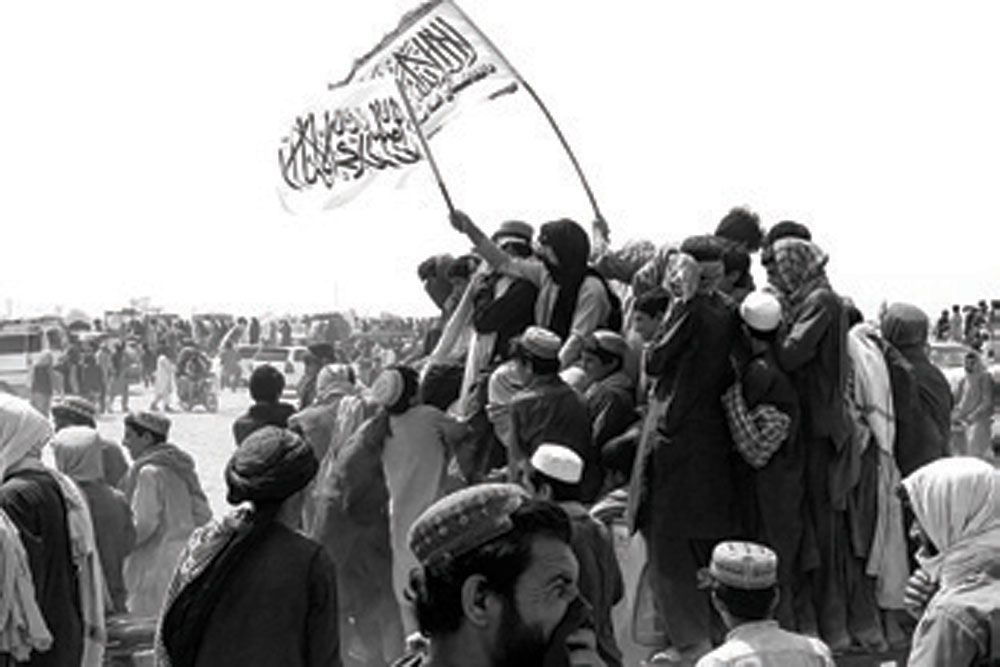 SUPERLATIVES OF EVIL are an indulgence columnists are allowed now, when the photograph that captures the moment belongs to Taliban warriors with their Kalashnikovs posing in the newly abandoned presidential palace of Kabul. Even tribal bloodlust, powered by the Book, can afford a playful display of conquest. This image, which appears on the cover of this magazine, can’t be seen in isolation; it’s just another reminder from one of the most horrifying albums of history. And it has to be juxtaposed with that image of burning towers in New York on the morning of September 11th twenty years ago. That the fall of Afghanistan to Islam’s fiercest enforcers of the Book comes on the eve of a landmark 9/11 Anniversary is a grim irony thrust upon the world by none other than the erstwhile victim itself.

Then, it was religious revenge at its most spectacular—a breakfast show for the satanic America anchored by the mountain prophet of radical Islamism. The world woke up to the towering inferno sighing, as a Le Monde headline said, “We are all Americans”. The shared sorrow of 9/11 marked a rare unanimity in realising why we need to hold on to the last values that make us civilised humans against the rage of raw hate. The horror masters of Islam wanted more than a big tally of dead infidels; they wanted us to know how they could borrow from the devil’s technology to implement god’s revenge—a god conjured from scriptural misreadings.

Elsewhere, from his cave in Afghanistan, the angry prophet must have smiled in contentment. By this time, that grainy image of Osama bin Laden, always accessorised by the gun, a mark of manhood mandated by a vengeful god, vowing to bring justice to his world violated by godlessness, was familiar. America’s war on Afghanistan was the just war even for those who thought the war on Iraq was phoney. Only die-hard anti-imperialists, whose legion always found an intellectually sustainable home in this part of the word, internalised Tora Bora as a metaphor for resistance, and romanticised the troglodyte jihadi as Islam’s Che. The war was a civilisational necessity. 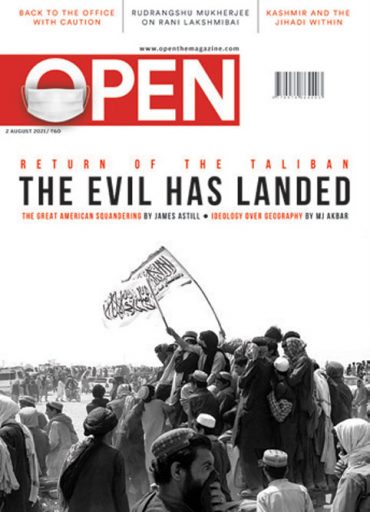 The Taliban, Osama’s eventual hosts, seized power in Afghanistan, in the mid-Nineties, by elevating the resistance against the occupier to a heightened level of tribal emotionalism. The hanging body of the communist stooge in the public square was a sign of the justice to come. In the kingdom-building of radical Islam, the exhibition of revenge killing has already become a recurring reminder to those who still remained hopeful. Whether it was the Hezbollah or the Islamic State or the Taliban, in the politics of divine justice, the totemic enemy was killed in a public ritual. The Taliban never faced a shortage of enemies—women, music, cinema, kites…

We were indebted to one enemy: America. To be an enemy of the Taliban was to be human, to be morally responsible, to be on the brighter side of civilisation. The American intervention was endorsed widely because, to most of its supporters, the war was more than payback time for the authors of 9/11. It was a war for the restoration of values that defined our interdependence. America was the natural war leader; and, for the first time after the end of the Cold War, idealism powered foreign policy. Still, America couldn’t hide the fact that it was an imperfect imperium. It took two decades for the initial endorsers to come to terms with the reality of American inadequacies in fulfilling classic imperial duties. America was not the United Kingdom. They defeated the Taliban. They didn’t build a different Afghanistan. They didn’t build a civil society.

Today it’s not the story of America abandoning Afghanistan. The story is about America restoring Taliban in Afghanistan, as if what happened twenty years ago was an error. The defenders of President Biden’s unAmericanism are struggling to shift the blame onto his predecessor—and history. He could have been more than an occupier and a supplier of arms to an ‘indifferent’ army. He could have been an enabler of freedom, not as written in the Book but as dreamed by a generation of Afghan men and women not subordinated to the theology of terror. Today’s America is as normal as its president. There was a time when it was an essential idea of freedom, larger than its presidents. That was a long time ago, when the morality of internationalism was uniquely American. And that was how America became an idea.

Twenty years ago on September 11th, it was into that idea that the most valued guest of the Taliban remote-piloted his hijacked planes. The looming towers of New York reminded him of his smallness, the smallness of evil. Taliban were the gatekeepers of his cave. The crescent over Kabul today clarifies how America diminished the idea of freedom—and enabled the rage that still seeks justice in the name of god.

The End of Pax Americana
The Emirate of Hate
The Temptations of History
Afghanistan Fatigue
Who’s fair game under the Taliban?