The US took four presidents, thousands of lives, a trillion dollars and 20 years to replace the Taliban with the Taliban 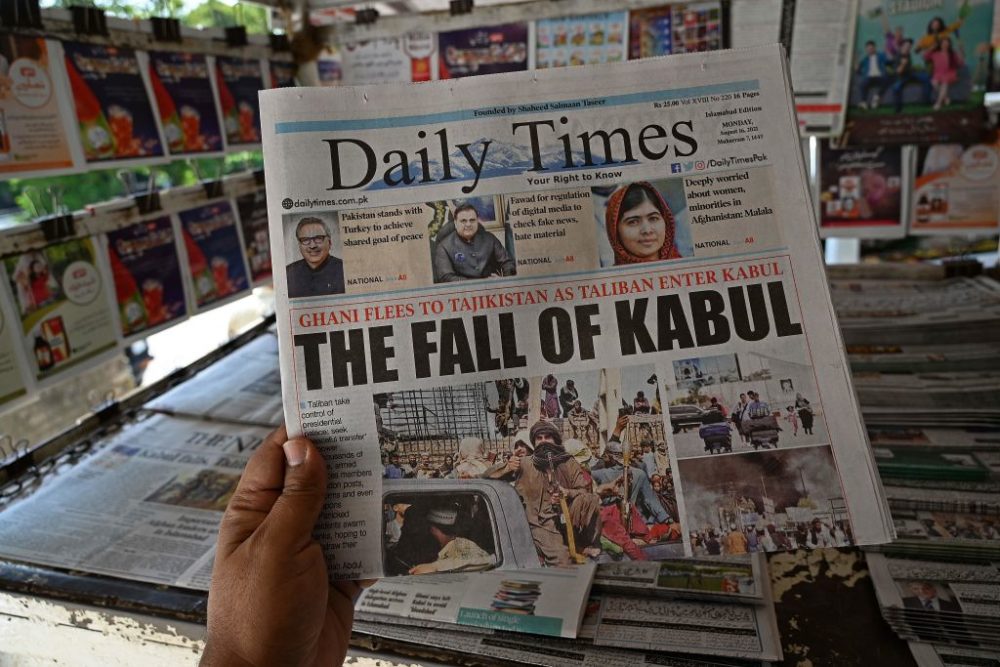 
Diplomats, even extinguished ones, should not be lost for words. The multilateral diplomatic fraternity to which I belong is particularly adept in speaking without having anything to say. But the bewildering cacophony generated last week on the events in Afghanistan gave me a feeling of Afghanistan fatigue. All that can be said has been said and what has been left unsaid has also been deafening. So, soon after the prophecy of doom made by climate specialists, the number of trees which have been cut to produce the reams of paper to print the theories, studies and flights of fancy must have taken the earth closer to the precipice of climate chaos and another page of Afghanistan analysis may topple it down the abyss.

The narrative has no heroes, now that Joe Biden has been turned into a villain. He simply followed the footsteps of his two predecessors and his voters, who wanted American lives and money saved after losing a whopping trillion dollars, which would have been sufficient to send several billionaires on eleven-minute journeys to outer space. American, NATO and Afghan lives were lost in vain as there is no evidence of having covered themselves with glory.

Biden behaved like a true commander-in-chief who kept everybody guessing about the actual movement of his troops. He announced a deadline in September, moved it to August and withdrew in July just to give the Afghan army to fight the Taliban for anything ranging from 90 days to six months. The unexpected arrival of the Taliban in Kabul and the mayhem at the airport did not make him repent his calculated moves. Donald Trump, who tried to steal Biden’s election, is now demanding his resignation as Biden could not inspire even an insurrection in Kabul. Biden is sticking with his decision, regardless of its fallout in terms of his average approval rate falling below 50 per cent. “Joe Biden’s political honeymoon is officially over,” proclaimed CNN.

If Joe Biden is the villain, the Taliban should be the hero. Far from it. They may have won a battle to return to power without having to fight anyone on their triumphal journey to Kabul from their trenches and caves. It claims that it is now a 2.0 version of their former self, but everyone knows that a tiger cannot change its stripes and it cannot alter its DNA. Women are still in hiding and Afghans are fleeing the country by riding on the wings and wheels of planes. The Taliban cannot win the hearts of Afghanistan as long as it is just a grouping of terrorists. The wise man Lee Kuan Yew said long ago that the Taliban would never be able to build a modern nation. It can only fight and if there is nothing to fight against in its own country, they will move to the neighbouring lands. At best, it can run Afghanistan only through a coalition with their erstwhile enemies.

Western media is convinced that the hero of this saga is Imran Khan, who knows well that this is not cricket, but runs a failed nation and aspires to create another of the same category. But how can a man who has been cheating on the Americans to feed the Taliban be a hero except in a theatre of the absurd? Donald Trump declared him an unreliable ally and stopped his payments, but one trip to China more than made up for his lost revenue. He declared that the Taliban has liberated itself from the shackles of slavery. Does it mean that Pakistan would not be a master to the Taliban anymore? Pakistan and the Taliban will be co-slaves of Beijing as key components of the Belt and Road Initiative drags them both into eternal debt.

The Americans would have liked their foster child Ashraf Ghani to be the hero, but he thought that he could save his wealth and health by stealth and took the long route to Dubai via Tajikistan and Oman, not to live there, but to stage a comeback at an appropriate time to fight the Taliban. But he should be aware that the Americans had enough of Ghani and that they would not be there with his pay and allowances. Americans have the habit of changing their payrolls frequently for the sake of regime change building democracies around the world.

The “poor people” of Afghanistan, in whose name many horrors have been committed, should have been the natural heroes, but they are in the business of demolishing empires to fill their graveyards. Moreover, Joe Biden is very angry that they did not even fire a single bullet out of the mountain of the most modern and sophisticated weapons that he had bequeathed to them even after they settled down in the presidential palace, to enjoy the fancy food undisturbed. Biden did not know that the only guns that the Afghans could fire were the ancient AK-47 rifles left over by the Soviets. They were wise enough not to engage the Taliban with weapons with the user’s manual in chaste American English. Instead, they rushed to the airport to reach the promised land and some of them went beyond the new frontiers.

China appears to be the emerging hero of the chaotic drama. It had no boots on the ground in Afghanistan and it was not expected to fight a war. China knew that the real Afghanistan will be delivered to them by Pakistan with the blessings of Russia and some others. China will bleed Afghanistan, grab whatever they can in the form of gold, diamonds and precious metals. They will probably operate through Pakistan without direct involvement.

India is neither a hero nor a villain, but a victim regardless. Pakistan may deploy unemployed Taliban fighters in Kashmir. Our contacts with the Taliban are tentative and the signals from it are confused. Talk of peace and normalcy on one hand and stopping of trade on the other are ominous, while India maintains that the traditional friendship with the people of Afghanistan will continue.

The viral wisecrack, “Just remember that the US took four presidents, thousands of lives, a trillion dollars and twenty years to replace Taliban with Taliban” made me feel comfortable that I am not the only one who is Afghanistan fatigued. Hence, this non-essay to fill my column.

The End of Pax Americana
Return to Tora Bora
The Emirate of Hate
The Temptations of History
Who’s fair game under the Taliban?