The Temptations of History

Afghanistan was never a viable nation-state and is unlikely to be one in future. The roots of the Afghan chaos are to be found in the country’s divisions 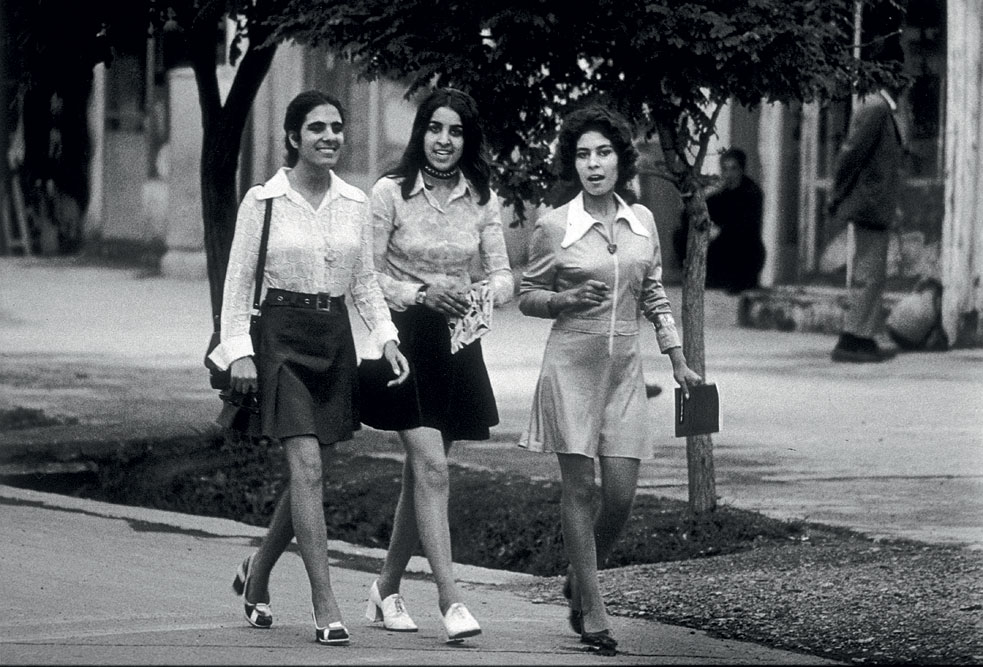 
THE HORRIFIC SCENES from Kabul of people falling off aircraft in flight and vast numbers milling on the ground, running after transport planes, have been held as proof of American recklessness in “abandoning” Afghanistan. Some hold these events as signs of American incompetence. There are many who claim both. In the melee that accompanied the US withdrawal from the country after two decades of bitter war and nation-building, it is natural that questions, accusations and counter-accusations will flow freely.

At the moment, all questions are centred on the US’ alleged culpability in Afghan affairs. Scant attention is being paid to Afghanistan itself and the reasons why the US “mission” failed there. For his part, US President Joe Biden was very clear that his country had not gone there for nation-building but to fight terrorists. In remarks made on August 16th, he said: “Our mission in Afghanistan was never supposed to have been nation-building. It was never supposed to be creating a unified centralised democracy. Our only vital national interest in Afghanistan remains today what it has always been: preventing a terrorist attack on the American homeland.”

Biden was being economical. The truth is that a huge number of Provincial Reconstruction Teams, civic affairs experts, engineers, contractors and arrays of specialists spent years in Afghanistan, rebuilding the country after seven years of destructive rule by the Taliban from 1995 to 2001. When the US entered the country in 2001, the little infrastructure that existed was decaying, having been built by similar Soviet experts during their adventure there. In the end, the American effort failed. What is surprising is that it took 20 years to discover that failure.


The bitter truth that no one wants to admit, for reasons of political correctness, is that Afghanistan was never a viable nation-state and is unlikely to be one in future. Even the most culturally homogenous countries have some political and social cleavages that stand out. In Afghanistan, the idea can be reversed and it can be asked if there is a single unifying factor in its political life. The answer is no. It is this reality that no one has cared to admit. The roots of Afghanistan’s chaos are to be found in its divisions and not foreign invaders as the proud Afghans claim.

Some of the divisions are well-known. In the north and centre of the country live Tajiks, Uzbeks and Hazaras—a Shia people—while the south and the east are dominated by Pashtuns, who make up approximately 40 per cent of the population. This imparts a geographic division as well: a largely non-Pashtun north (with pockets of Pashtuns in Kunduz and other provinces) and a Pashtun-dominated south. These are the “obvious” divisions that are there for everyone to see. There are other deeper ones as well.

The key division in Afghanistan is between local tribal authority, a pan-Afghanistan religious authority (which stands above ethnic divisions) and a weak state. The history of the country can be seen as alternating phases of each authority dominating the other two. Ultimately, this makes stability impossible.

When the Soviet Union invaded Afghanistan in December 1979, the country had been in turmoil for some time. A year earlier, the Saur Revolution had intensified the process of “reforms” in a deeply conservative country where authority rested with tribal leaders at the village level along with religious leaders. Land reforms—the staple of leftist revolutions everywhere—had the effect of rallying people behind tribal authority. Notionally, the call to resist the Soviet Union was a jihad but in effect it was tribal-led. Because it was local—the mujahideen were localised around their villages and led by village elders—the formidable collective action problems associated with a country-wide revolt were avoided. By the time the last Russian soldier crossed the “Friendship Bridge” over Amu Darya, the warlords—prominent tribal leaders—were in command of Afghanistan. The state, the third entity in the Afghan tripod—was weakened to the point that its writ ran only in Kabul.

Things changed dramatically from 1995, when religious leaders began calling the shots. Under Mullah Mohammed Omar, tribal authority was subordinated to religious leaders. All key commanders of that time—Mullah Dadullah Lang, Mullah Burjan, Mullah Mohammad Akhund and others—were religious leaders. That was the age when commanders and soldiers alike had either attended a madrasah or had taught there. The trouble for Mullah Omar was that while he could sit in a room in a nondescript building in Kandahar, he could not rule Afghanistan by issuing fatwas. He, in his own way, tried to create state structures by appointing provincial governors, military commanders, organising supply lines and managing the Afghan economy. But this was the age of the religious leader.

Finally, when the International Security Assistance Force (ISAF), led by the US, settled down to rebuild the country, they attempted to build state authority directly through appointed (Hamid Karzai) and, later, elected presidents like Ashraf Ghani. What they were trying to undo was the turmoil of the past 20 years that had effectively destroyed the authority of the state that had been built slowly over two centuries since Ahmed Shah Durrani established it. With their departure and the recrudescence of the Taliban, Afghanistan is back in the age of religious control over both state and society.

In each of these phases of Afghan history—from 1978 to 1992, 1992-95, 1995-2001 and 2001-21—none of the three authorities has been in equilibrium. Each has dominated the other when it ruled. This makes the task of nation-building next to impossible. The Taliban are yet to consolidate their authority fully. Maulvi Haibatullah Akhundzada, the top Taliban leader, remains an unknown quantity in politico-administrative terms. Will he, for example, be able to overcome the need to defer to tribal authority as Mullah Omar had managed? Will he, in the manner of his predecessor, fashion state structures out of the shambles left by Ashraf Ghani? He is also ameer ul momineen—Commander of the Faithful—like Mullah Omar, but his ability to steer an independent course for Afghanistan remains doubtful at the moment. Another top Taliban leader, Mullah Abdul Ghani Baradar was a captive of Pakistan for many years until he became useful.

The elite is a thin sliver of Afghan society. Back in the 1970s, women could dress the way they wanted and walk freely. The moment the soviets left, these free women and the elite disappeared overnight

So Biden was right when he said, “I’ve argued for many years that our mission should be narrowly focused on counterterrorism, not counterinsurgency or nation-building. That’s why I opposed the surge when it was proposed in 2009 when I was vice president. And that’s why as president I’m adamant we focus on the threats we face today, in 2021, not yesterday’s threats.”

Afghanistan is unique for its size and its lack of any building blocks upon which a nation-building project can take rest. Such assertions often lead to howls of protest. It is pointed out that Afghanistan has an elite replete with women judges, parliamentarians, journalists and politicians. But it is also painfully true that this elite is an exceptionally thin sliver of Afghan society. Whenever it rises, it mostly does so under foreign protection and patronage. Back in the 1970s, before the Soviet invasion and after it, Kabul had a cosmopolitan look. Women could dress the way they wanted and they could walk freely. The moment the Soviets left, these free women and the elite disappeared overnight. Some went to the West; some migrated to India, waiting for better days. But none stayed in Afghanistan. The same fate awaits the current crop that has been birthed under the aegis of Western liberalism. It is a painful reality but one that must be confronted.
These questions can be dismissed as being of no concern to anyone but Afghans. If Afghanistan were a normal country, this would be the right thing to say. Germany and Japan, too, were under foreign occupation and went on to become successful countries. But Afghanistan is a different kettle of fish: in the absence of any normal structures, it will be a cockpit for foreign intrigue. The most dangerous aspect of this jockeying for influence comes from Pakistan, a country that is a failed state in all but name. A country with few proper governing structures, led by religious leaders, and another country seeking “strategic depth” to corner another neighbour are a combustible mix.

There appears to be no solution to this problem in light of Afghan history. Any foreign intervention is bound to be resisted and, over time, defeated. But the situation is very different from the time when the British were defeated in the First Anglo-Afghan War in 1842. At that time, the frontier could be fortified and, except for occasional raids, the Afghans kept to themselves. Today, with Pakistan on its eastern flank and its enmity with India, things are very different. In the past, the Taliban were complicit in training terrorists who then entered Kashmir Valley. The hijacking of an Indian Airlines flight to Kandahar in 1999 and the consequent release of Masood Azhar, the leader of the Jaish-e-Mohammed terrorist organisation, are not just memories: they point to the danger of Taliban rule.

The Taliban are yet to consolidate their authority fully. Maulvi Haibatullah Akhundzada, the top Taliban leader, remains an unknown quantity in political and administrative terms. Will he, for example, be able to overcome the need to defer to tribal authority as Mullah Omar had managed?

What India needs is stepping back from helping the new Afghan government with any infrastructure building and from enabling modernisation of the country. India wisely chose not to help the previous Afghan government in military terms as that aid—equipment—would have landed in Taliban hands. What India needs is “over the horizon” capacity to strike at terrorist hideouts in that country. It also needs first-rate intelligence on terrorist activities there. Perhaps it is time to strengthen its partnership with the US to that end.

The End of Pax Americana
Return to Tora Bora
The Emirate of Hate
Afghanistan Fatigue
Who’s fair game under the Taliban?