The Emirate of Hate

Rooted in the medieval mindset of the barely lettered, the Taliban draw their staying power from the coalition of clans, ready supplies of cash and a cosiness provided by a mindful neighbour 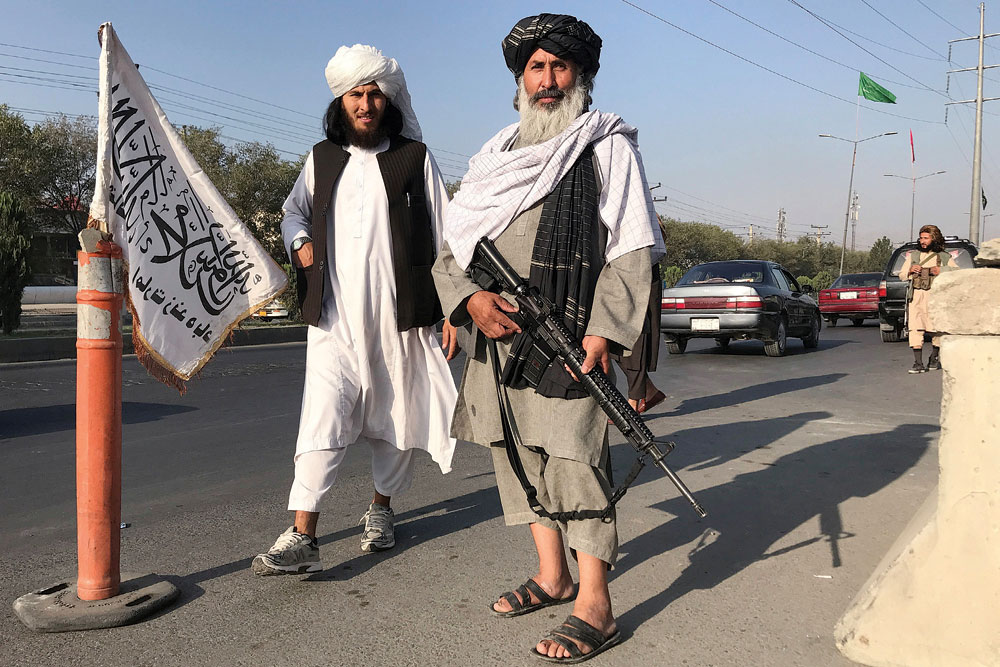 
DAWN BROKE OVER a Delhi marking Independence Day, the sun shining from a long pause in the monsoon rains, whilst darkness re-entered Kabul riding on the barrel of a gun. Soldiers of faith, slovenly and unkempt, roamed the streets that for a generation denied them entry into a city that toasted its internationalism. Where live traffic monitors now read ‘less busy than usual’. But for them it was back to the usual as they sat on presidential privileges in the Arg Riayasat Jamhuri, the palace built on the wreckage of the famed Bala Hissar of 19th century intrigues.

The Arg (citadel) is now in hands crusty from long years on missions continuing over a millennium against the infidel, heretic, sometimes apostate, and most recently the dissenters. Energised by imperial fatigue, extraordinary expansion of their opiate business, neighbourly benediction and regional inaction, the Taliban were enabled to return as victors in an Afghanistan that has tended to replay events much like cinematic reels rewound. The speed with which the Taliban retook power across the country is a testament to their simple logistical arrangements in the countryside, and the conspicuous inefficiency of an Asian army designed around western paradigms. The Afghan National Army simply couldn’t become American.

What the Afghan army required was an Asian military ethos with modern weaponry. And the only regional military that could have provided that ethos and structure was the Indian Army, with its centuries of experience in running an institution that encompasses all known religions to mankind and multiple languages and dietary preferences too. In that sense, the Indian Army would have been the unifying example for a country bereft of such national templates. But when the Government of India was willing to partner in such a proposal, Washington demurred to pressures from General Pervez Musharraf. And when a tiring Washington wanted help, India hid under the cloak screen of non-alignment (‘India refused to act like an aspiring power in Afghanistan’, The Times of India, August 16th).

A generation of effort, investments and infrastructure came to nought in a matter of days and weeks as the motley sandal-rigged Taliban outran and overran soldiers trained in military academies. Many countries participated in this training programme, eager to contribute and make a military machine that replicates the professionalism of those funding and tutoring raw Afghan recruits. Over the years thousands went through the crushing courses, and in many serious encounters acquitted themselves with honour. Some even displaying exceptional military skills. Now, hundreds remain under the training regimen in India at various schools of military instruction, soldiers of a republic that has ceased to exist.


The Islamic Republic of Afghanistan is to return to being what was deposed in 2001, the Islamic Emirate of Afghanistan. The emirate inspired by dreams dreamt in classical 7th century Arabic. Rooted in the medieval mindset of the barely lettered, the Taliban draw their staying power from the coalition of clans, ready supplies of cash, and a cosiness provided by a mindful neighbour. Even as the new generation Taliban give new-gen social media friendly bites, it is a question of time before the right to war booty acquires a momentum that will be difficult to resist. It may not be resisted in any case.

The Taliban are not a monolithic mega-army of the millenarians, but a coalition of various clans and interest groups drawn together by the age-old motivators of remuneration, or retribution, and all laced with dollops of dogma. Each of the stimuli can exert pressures any time on a mind fuelled by hate, opium and loads of testosterone. And hands crusty from handling weapons of war. There is no guarantee when these turns will come to be made in policy, however affable Taliban spokespersons may sound right now. Kabul airport exit scenes are testimony to the ordinary Afghan’s expectations from the Taliban.

Kabul’s chicken street was replete with stickers of Najibullah and Massoud. Sworn enemies when alive, they were conjoined in pedestrian memory, representing the coveted unifying leadership

So it is a surprise when the country with the longest spiritual, commercial, socio-historical and military experience with Afghanistan displays extraordinary inaction in dealing with scenarios that are so obviously emerging. For, in the region India has most at stake from stability and sway in Afghanistan, and yet it continues to repeat mistakes made earlier. In 1992, the regime of President Najibullah fell for largely two reasons: the breakup of the Soviet Union and India’s inaction in providing support when it mattered most. Against all odds, he weathered incredible challenges for three years by keeping the mujahideen at bay.

The government of national unity that he put in place, shorn of any communist overhangs, defied the gloomiest predictions from across the world. It was to be undone only because of its two principal allies—one collapsed into extinction and the other became stingy with resources. The Soviet Union vanished and India counted every penny it would spend. The brutality with which the Taliban tortured and assassinated him is reflective of how he embodied defiance of their dogma. Little wonder that more than a decade later shop windows on Chicken Street in Kabul were replete with eulogising stickers of President Najibullah and Ahmed Shah Massoud.

Though sworn enemies when alive, these two were conjoined in pedestrian memory, representing the unifying leadership the bazaar coveted, and so their images occupied space next to each other. Through trying times both visions were supported by India, the mistake of pulling the rug from under the former not repeated with the latter. In fact, on September 12th, 2001, when the world was looking for the Northern Alliance, it existed only because India, Iran and Russia had kept it alive. India even provided a military field hospital across the Panj river in Tajikistan, where Massoud was flown with his last breaths on September 9th, 2001.

So it was deeply distressing for Afghan watchers in India when an unscheduled flight from Kabul landed at Islamabad International Airport as agents of darkness sipped tea at Arg Riayasat Jamhuri. Exiting from the aircraft were decades-old anti-Taliban campaigners, each of whom had publicly taken Pakistan to task for its destructive interference in Afghanistan. Hazara and Tajik leaders were in Islamabad for talks with the Pakistani Foreign Office, and among them Salahuddin Rabbani, whose father Burhanuddin was assassinated by a suicide bomber carrying the explosive in his turban. Ahmad Wali Massoud and Ahmad Zia Massoud, their brother Ahmad Shah killed by suicide bombers carrying the bomb in a television camera, were all in Pakistan for consultations.

The Afghan national army simply couldn’t become American. What it required was an Asian military ethos with modern weaponry. And the only military that could have provided that ethos was the Indian Army

Extraordinary scenes unimaginable some weeks ago were on display only on account of India’s inaction in Afghanistan. It is not that India wasn’t warned, or offered opportunities. In fact, Russia, the old ally in keeping the Northern Alliance alive, made an introduction in Moscow between India and the Taliban in 2019. The fact that Moscow, with more than a century of experience in dealing with Afghanistan, was already talking to the Taliban was writing on the wall large enough to be read by even the most militarily illiterate. It wasn’t certain that the Afghan National Army would collapse, but it was a certainty that someday both sides would negotiate, in true Kabuli culture.

Inaction in Afghanistan is the surest recipe for strategic irrelevance. India had been through that phase from 1992 till the Taliban created desperate conditions for some who sought help. How long the Taliban will take to recreate similar conditions is something that cannot be answered in a hurry. Until then, India remains on the sidelines of scenarios emerging from Kabul. In this episode of irrelevance India joins a body that it helped mother in 1985 but which has been proven to be completely ineffectual, the South Asian Association for Regional Cooperation. All the mirages of association and cooperation have been shattered in Kabul; probably a good time to give it a burial.

The End of Pax Americana
Return to Tora Bora
The Temptations of History
Afghanistan Fatigue
Who’s fair game under the Taliban?