The Cult of Denial

What unites the doubting liberal and his nationalist nemesis 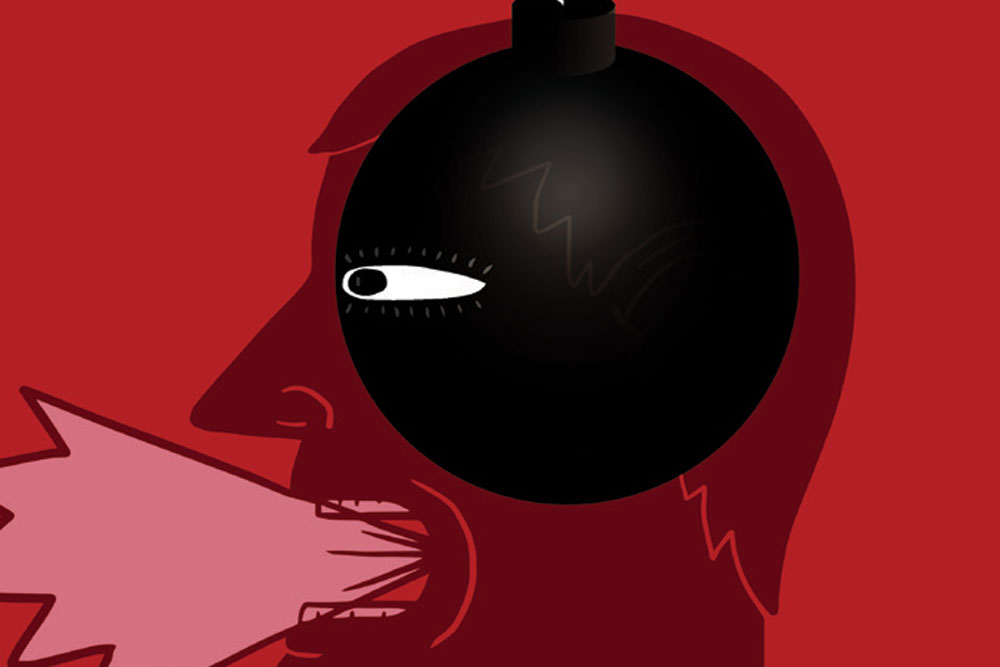 THE SCEPTIC ENLIVENS the argument. He makes truth too precious to be wasted on the big claims of power. The sceptic is a refined doubter for whom freedom is not a set of certainties. The sceptic is the dissenter, the instinctive questioner of appearances and attitudes. In a democracy, the sceptic prefers a shrug to a nod.

Post-Balakot, the professional sceptic is at play. He is proud to be the lone doubter in a sea of what he considers to be fairy-tale peddlers. He stands there, bravely resisting all kinds of insinuations and accusations, as debunker, as the last fighter against the nationalist mythographer. For the post-Balakot sceptic, it is all (nationalist) sound and (simulated) fury, played out on over-heated television screens. The post-Balakot sceptic is yet to quote Sartre out of context: “I am alone in the midst of these happy, reasonable voices. All these creatures spend their time explaining, realising happily that they agree with each other. In Heaven’s name, why is it so important to think the same things all together?”

The most audible post-Balakot sceptic is a type, and he is provoked by another: the post-Balakot let’s-arise nationalist. He thinks his moment has come, finally. The nation has arisen, finally, defying the doubters and doves, and stood up to the enemy. The enemy has always been there, denying the ‘Hindu rashtra’ its very right to exist, but, all the while, it has been let down by pusillanimous secular regimes—so goes his lament. Now that justice has been done, and the enemy humiliated and tamed, he feels at home, and home is not new India but Mahabharat—and on its soil he sees those anti-nationalists still questioning the best intentions of the nation. The post-Balakot let’s-arise nationalist wants an enemy within and without.

Both the types reduce an event that changed the perception of a state that pays by its lives to remain secure to a story of denials, disputes and exclusivist assertions. The professional Indian sceptic who looks appalled by the ‘claims’ of the Government is a non-believer. For him, this Government itself is a fiction, perpetuating a fiction of national glory, and selling a fiction of aerial superheroism. The professional Indian sceptic—more secular than you, more liberal than you—needs an ecosystem of fiction so that he can be the lone defender of truth. It is an historical necessity for him to lose faith in a land without justice, or to create one, in order to remain the last conscience keeper, the last dissident, the last target. To not to believe is to remain the last liberal in a country of zealots.

He is aided by the let’s-arise nationalist, suddenly vindicated and rearmed. He always wanted an action hero in power, and Prime Minister Modi did not play to his script. He wanted Prime Minister Modi to be as much an action star as Candidate Modi was on the stump five years ago. Modi refused to be the dramatic nationalist even as the shirtless of Hindutva waited for one. Anybody who followed his career after 2002 should know: Modi only follows his own script. In the epic action of Balakot, the base of Hindu nationalism saw the Modi of its imagination in real- time action. The let’s-arise nationalist was thrilled. His jubilation was in stark contrast to the matter-of-factness with which the foreign secretary announced the strike. It didn’t need overselling. It didn’t need marketing blitz. It was too good a piece of action drama to rely on a nationalist ad slogan. It doesn’t require promoters and poets. It doesn’t require let’s-arise nationalists.

It doesn’t deserve the professional doubter who sees this Government as bad fiction either. As I said in this space last week, the nauseated Balakot-denier thinks patriotism is a mild form of jingoism. A show of sentimentalism or a sense of solidarity amounts to an abdication of liberal responsibility—and an endorsement of ‘majoritarian hysteria’. It is one thing to be taken aback by the aesthetics of let’s-arise nationalism, it is another to deny an elected government the right to tell the country what it has done to contain extra-territorial terror. The self-righteousness of those who swear by liberal values shows their remoteness from the common decencies of citizenship in a democracy. The aesthetics of their dissent is as ungainly as that of the frenzied nationalism they despise.

The American political scientist Mark Lilla, a disillusioned liberal, has written about how liberalism has become an evangelical project instead of a political project: ‘Evangelism is about speaking truth to power; politics is about seeking power to defend truth.’ His advice to the powerless as well as power-weary liberals is a quote from Lincoln: ‘Public sentiment is everything. With it nothing can fail. Against it nothing can succeed.’ The Indian liberal wants to save truth from power, and in this struggle, he has nothing to lose but the echo chamber. A place where everything said by the ‘nationalist’ Government lacks authenticity. So Balakot must be disputed.