Thank God No Margarita for Modi 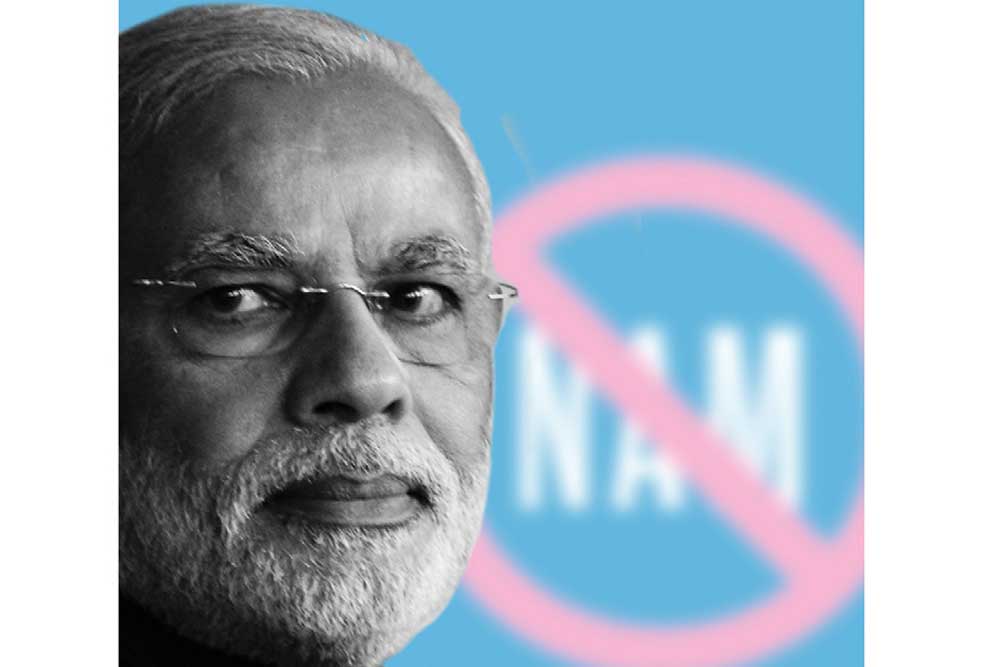 ON MODI-LESS MARGARITA Island in Venezuela, where the 17th NAM summit is underway, it was a piece of political realismo mágico one evening recently when Nicolás Maduro, accompanied by a few of his bodyguards, went out for a walk. In no time in the shantytown of Villa Rosa, the Venezuelan president, who was on the island for a socialist propaganda mission, was booed by a group of impoverished locals, banging on pots and hurling the choicest swearwords at the president. Maduro could do nothing but run away from what could have been the scariest creatures of his worst nightmares. Before the burly autocrat’s security men could round up some of the offending pot-bangers, the image of Latin America’s most unpopular politician vanishing into the depths of a surreal night became a social media sensation, and #VillaRosa was trending. Dissent could not have been more Marquezian.

Maduro is supremely qualified to be the host of the NAM summit. He is a poor pastiche of his mentor and predecessor, Hugo Chavez, who aspired to be the eternal ruler of Venezuela but Marx called him back unexpectedly. Chavez was pure theatre in socialist machismo, and in his wildest of fantasies, sustained by oil and roguish charisma, he was Simón Bolívar reborn, and his liberation song for Latin America was an explosive blend of nationalism and anti-Americanism. With Castro fading out as anti-imperialism’s last surviving action hero, Chavez hoped to inherit the mantle of socialist bravado, but, even as the cult of the new máximo lider soared, Venezuela was falling apart. Like any other dictator who used the props of democracy only to control or delegitimise institutions, Chavez too thought simulated fear of the imperial bogeyman would keep the shirtless happily hooked on to the theatre of the persecuted liberator. His successor today may lack a democratic mandate, but he is in no mood to give in to dissent—let the bastards bang pots.

On Margarita Island today, Maduro can take a stroll without the fear of pot-bangers, and he is in good company. A large number of his guests share his existential predicament, and this exotic island in the Caribbean Sea is an ideal venue for a holiday summit. NAM, born out of the post-colonial romance of liberated Third Worldists, in practice, was a bloated club inspired by the Soviet model and repulsed by ‘American imperialism’. There were some honourable leaders there as its spiritual guides, among them our own Nehru, but NAM would soon be home to some of the world’s most abominable liberators-turned-tyrants. So-called ‘non-alignment’ was a sham; the ‘movement’ was in the thrall of Soviet communism. Even as history shifted in 1989, and the Manichean certainties of the Cold War were swept aside, this group remained intact as the largest—and safest—home to the last cannibalistic regimes. And the size of this redundant talking shop is hugely disproportionate to its influence, which is nil. NAM is an anachronism not just in nomenclature.

Thank God the Indian Prime Minister, who rarely misses the global high table, is not there for a photo-op on Margarita Island. This is unarguably the wisest foreign policy decision taken by Modi. The conscious absence of Modi, the Prime Minister of one of its founding members, is a statement he wants the world— and troglodytes at home—not to miss: India has changed. It is no longer a ‘leading Third World country’, which, for all practical purposes, is the mindset of a country that institutionalises its wretchedness for the sake of ideological fraternity. It is no longer in the vanguard of post-colonial societies united by anti-Americanism, which in today’s world may not have any relevance culturally or socially, but works at the subconscious level of the left-liberal establishment still haunted by the Soviet spectre. It is no longer a country where ‘Western’ is the most derogatory adjective to ‘influence’, and, what a relief, its government is not kept captive by the last custodians of the Leninist relic. Prime Minister Modi would rather prefer a stroll in the Rose Garden with Obama to a picnic on Margarita Island with a socialist chased by pot-bangers.

For an India breaking out of an ideological straitjacket, NAM is a useless anomaly. It requires an informed understanding of a world where ideas matter more than ideology for a leader to defy tradition. Modi has been consistent in his repudiation of South Block’s received wisdom in foreign policy, particularly about such pet causes as Palestine. For so long we have been on the side of unfreedom in our pursuit of Third Worldism; and even as the word changed around us, we remained history- proof. We should be generous in judging Modi the hyperactive world traveller. It is a heroic effort to retrieve India from the last morasses of ideology. Let the Maduros have all the pot-bangers.