In the end, the erstwhile action hero of Indian politics was left with no cause except his own relevance 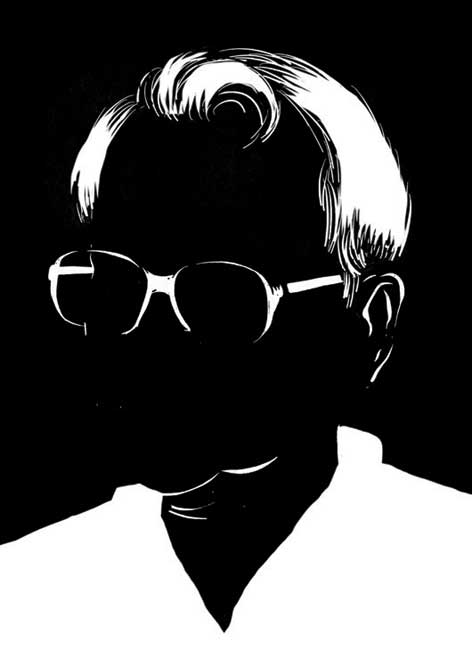 LONG BEFORE George Fernandes, there was another revolutionary who was schooled in a seminary. Christ couldn’t save Joseph Stalin from the terrors of the communist mind. He built an empire, bigger than the Church of God, more ambitious than Heaven on Earth, and dedicated it to the gospel of unfreedom. George Fernandes’ journey from a seminary did not end at the helm of a godless imperium; he rejected the gods of the Book to fight the ones he thought were ranged against his socialist ideals. He played out his revolutionary zeal in the mean streets of the metropolis, and in the end, there were no ideals left for him in a cheerless world. There was no empire to protect. He struggled alone in a void.

The street shaped George Fernandes, and the streets were angrier in the 60s, when the Beatles sang and the youth defied barricades. The poet Philip Larkin captured the zeitgeist:

Sexual intercourse began
In nineteen sixty-three
(which was rather late for me) –
Between the end of the “Chatterley” ban
And the Beatles’ first LP.

Fernandes found his cause in the streets of Bombay. A socialist subversive with fire in his belly and freedom in his words, he became the champion of the working class. He was the non-communist who added drama and tension to communism’s original slogan on the city street; he was trade unionist as folk hero.

Folk heroes concentrate the national mind when they are adventurers least constrained by the demands of power. They gain their halo when the struggle is against power, not for it. They are freedom fighters forever. They can’t exist without an enemy worthy of their anger. Fernandes got his in Indira Gandhi. And so there he was, raging against the totalitarian temptations of the supreme leader. The underground rebellion, the fugitive on the run, the attack on railway tracks (the Railways somehow provided him with a metaphor for the state versus the workforce), and the denouement of a hero in captivity—the vintage Fernandes did fit perfectly into the script of resistance. The abiding image was of the rebel in chains facing up to his tormentors, and dedicating the chains to a country under siege in the high noon of the Emergency. In the General Election that dethroned Indira in 1977, Fernandes won from the constituency of the prison. This revolutionary did not win an empire; he did win the conscience of an India that survived.

For the dissident unshackled, the passage from the romance of struggle to the realism of power is the painful part. It is the beginning of normalisation, and then the inevitable banalisation. As Industries Minister in India’s first non-Congress Government, Fernandes was still angry. The rage didn’t die down. He became an anti-globalist before globalisation became a Free Market mantra. His war on Coca-Cola, capitalism’s energy drink, was a desperate socialist’s last attempt to remain a street fighter even in power. The fight was sustained by the misplaced loftiness of self-reliance. He still wanted enemies, and this time he found them in fizzy imperialism. The socialist’s sense of Indianness was more North Korean than Indian, more Juche than Swaraj.

Power always remained a picaresque for the Indian socialist. As Fernandes shifted allegiance with remarkable ease, idealism wore off, recklessness ceased to thrill—and ideology was made an item on the bargaining table. When we last saw him in public, he was a man defeated by power and its accompanying pathologies, abandoned but still consoled by some of his old comrades. The horn-rimmed glasses were still there, the kurta was as crumpled as ever, but the erstwhile action hero of Indian politics was left with no cause except his own relevance.

Perhaps he was another socialist who lost the India that lived in Lohia’s mind. The highest guru of anti-Congressism too lost his argument for India—only traces of idealism and recklessness remained. For Lohia, it was English; for Fernandes, it was Coke. Cultural variations of the same irrational rage. And both were made redundant by time. Though caste was evil for the guru, it kept India’s shape-shifting socialists alive, whether in Bihar or in Uttar Pradesh. Only their backstory retains the romance of resistance.

Once upon a time there was a George Fernandes, too, the fighter who eventually lost the street.