How fake news has become the fake fetish of politics 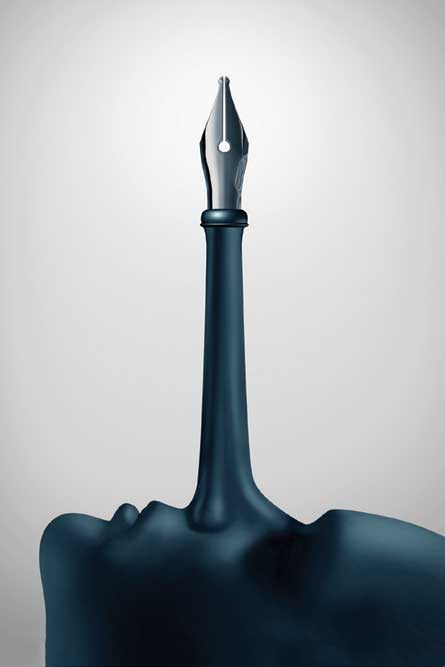 IT’S THE NEW four-letter word that threatens the last remains of political sanctity. It corrupts the minds of the gullible public and the best intentions of the virtuous leader. It creates an alternative that subverts, distorts, and even destroys the democratic order. It is the invisible ink that legitimises falsehoods in your morning paper; and on social media, it’s the sorcery of data. It’s the evil that changes our lives as an adjective as well as a noun. It’s spawned a new war on the lie. It’s fake.

And fake news has the urgency of a cliché.

Our Minister of Information and Broadcasting was not the first government official to hold a whip in the name of truth. The Minister wanted to rein in the peddlers of fake news, and the intervention of the Prime Minister saved the day for all the fake newspersons of India. In Malaysia, for instance, it is a criminal offence. It is a matter of parliamentary concern in Singapore. We haven’t heard from more truth-friendly republics such as North Korea and Venezuela. Fake news must be a big issue in such places.

It began with a ‘fake president’. The last election in America, in the liberal text, was a war between a fake and the only truth. The fake candidate manipulated facts and created his own version of truth. In the old days, it was called propaganda, and the preferred medium was the pamphlet. Social media made its every user a truth architect, a message manipulator. The midnight troll was in combat with the edit-page oracle. The Facebook post was a repudiation of front-page objectivity. The YouTube evangelist had more proselytising force than the stump performer. Truth died in this stampede of fake news. The winner reached the White House—and made fake history.

That was the progressive lament, which needed a suitable bogeyman. The vulgarian in Washington lived up to the script, literally. The image created by Michael Wolff in his pulp portrait of the Trump White House is tailor-made for the fake zeitgeist: a burger-crazy, channel-hopping, monologue-prone president of perpetual petulance pressing the nuclear buttons on his cell phone in his desperate quest for truth. The tweet was salvation at dawn. It was truth abbreviated, and, inevitably, a paradox was born. The first fake president of liberal imagination himself became a slayer of fake news. Even as the liberal media kept counting presidential lies and half-truths, the president portrayed himself as a target of fake news—and fake angst.

Fake news and post-truth owe their current incarnations to the realities that shattered the liberal consensus: Trump and Brexit. The list gets bigger as the politics of populism, whether from the Right or Left, continues its march across Europe. There is a shift in the semantics of politics. The old certainties of politics-as-usual have been replaced by the relative theories of truth and facts in the age of mass immigration, the return of nativism, restored communitarian affinities, and the rebirth of the sacred nation. Politics, at its most idealistic, is a struggle, a mode of dissent; it is, in the words of Vaclav Havel, ‘living in truth’. It’s a rejoinder to the lies and evasions of the state.

Populists are the new dissenters pitted against the lies of the state. They have separated facts from truth. In their book, the overwhelming fact is not necessarily the abiding truth. Truth is not the fact of the matter but a derivative of rearranged facts, and out there in the arena, someone, the new revolutionary on the block, is creating a bestselling version of truth out of reorganised facts.

Is it the new lie? Or, are we now in a new era where, instead of the Big Lie, we have a welter of little lies? Which would mean we haven’t come too long a way from the plight of Winston Smith in Oceania. But we have. The alternative world of Orwell’s 1984 would be made ordinary by a Stalin or a Ceau••escu. Today Big Data may rhyme with Big Brother, but we don’t live in an ideological make-believe. We are not fed by the Pravdas refurbished for the digital age. We are to a great degree allowing our freedom to be curated by technologies over which we have little control. It’s the kind of freedom that empowers some (every citizen, every troll, is a media influencer), unsettles others (every ruler is on trial), and certainly nauseates many. Revisionist illiteracies and ahistorical opinion constitute the open sewage system of the digital space in media. You have to live with the stink. Freedom, too, stinks.

That should not make fake news the fake fetish of politics. Whenever someone in power wants to define news, and comes out with devices to test its authenticity and credibility, it betrays paranoia. And idealism in media and punditry needs to be salvaged from jargon borrowed from the fake narratives of those who have lost the political argument of our time.