An Indian Pastoral by Modi & Jaitley 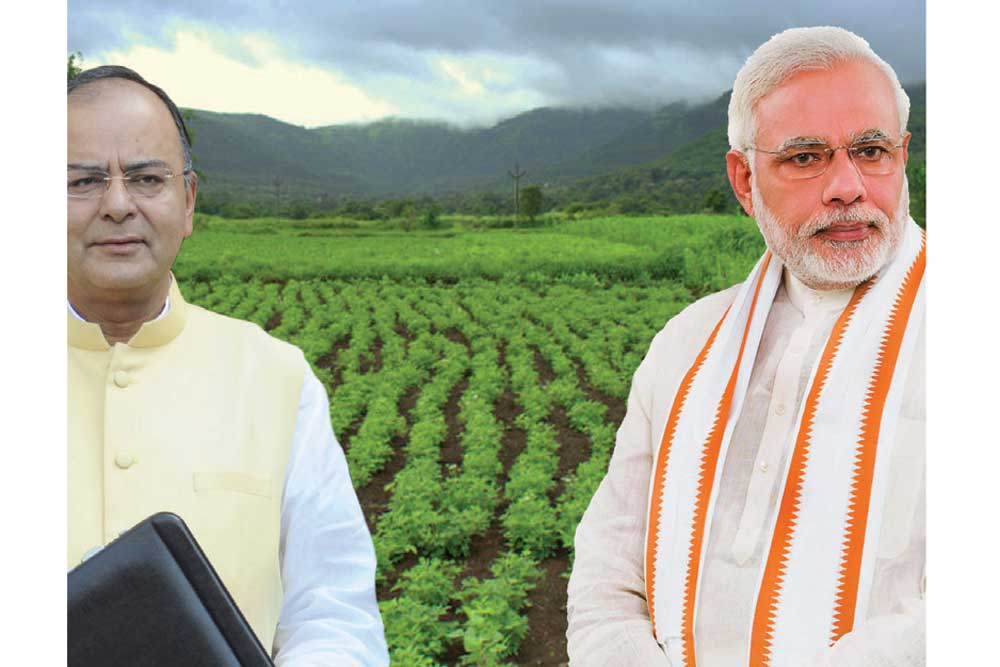 UP TO THE mountains and down to the countryside—that was another piece of poetic invocation by the slogan-prone Mao. China is the countryside, and it’s where revolutions begin, so the Chairman sent thousands of urban-spoiled youth there for a bucolic education. The Chinese economy is what it is today because the distance between the countryside and the cities has greatly been reduced by a generation of post-Maoist leaders. It’s glorious to be rich, no matter where you live. There are many things to be dreaded in capitalism with Chinese characteristics, fettered minds in a free market among them, but there is one thing to be admired: China is not as unequal a society as we are. Wealth travels up to the mountains and down to the countryside.

Long before Mao’s slogan, which is always realised in the blood of revolution’s bad eggs, there was Gandhi’s wisdom: India lives in its villages. Like almost everything else said by Gandhi, this too remained an orphaned quote even as those who claimed his political mantle took India up to the socialist mountains. As the latest statistics show, and as starkly brought out by an Economist cover story, what makes India distinctive is not its minuscule middle-class but its sprawling poor—its abandoned villages. They are the ones who win elections. And they are the ones who have consistently been defeated by elections. So much for ‘Garibi Hatao’.

It takes more than a slogan to win a village—or a country. Indira Gandhi knew it first. Modi made the best creative use of it. His favourite t-word during the campaign for 2014 was not ‘temple’ but ‘toilet’. In power, Modi had no intention to be India’s Reagan, for the simple reason that India was not America. India still needed the knowing state. Even as the middle-class grumbled, it was the poor and the young who stood by him during demonetisation, when ATM queues resembled communist food lines. They would indulge the Prime Minister as long as he remained a compassionate nationalist.

Arun Jaitley’s Budget 2018 showcases that compassionate nationalism. For too long has a desperate political class used the Indian village for their bestselling but vacuous slogans. By making the countryside the pivot of this Budget, Jaitley is not just rewarding the constituency that made Prime Minister Modi a reality four year ago. It is also a huge correction in retrospect: India needs a non-socialist to utilise the ideas abandoned by the apostles of the ism that failed India.

Take healthcare. Indians could be one of the world’s most uninsured people against illness. For a large number of families, a single member falling ill could mean death and destitution. This Budget’s boldest gesture intends to stop this. It comes from a state that cares. Harrumphers may cite our inadequate primary healthcare infrastructure to debunk this proposal, but that’s cynicism. You have to begin somewhere, someday, and this Government has finally done it. Add to that the stress on agriculture and job creation, and you get a new sense of urgency in recognising the cracked core of a future superpower. What redeems the compassionate state in this instance is that it draws a clear distinction between being popular and populist.

All the shrieking headlines about a ‘political budget’ only add up to a tautology. Every budget is political; governance itself is political. Being political is not being amoral, so long as governance is not a mere drama of distributing happiness, as perfected by socialist regimes. This Budget doesn’t take a self-conscious effort to please all. We have been spared another sop opera on the eve of a general election. Realising the urgency of a rural renewal is not a show of kitschy populism. It’s a moral position. It is political, and thank God for it.

‘India does not live in its towns but in its villages. But if the cities want to demonstrate that their populations will live for the villagers of India, the bulk of their resources should be spent in ameliorating the condition of and befriending the poor. We must not lord it over them, we must learn to be their servants. When the cities realise that they must live for the welfare of the poor, they will make their palaces and institutions and the life of their inhabitants correspond somewhat to our villages,’ wrote Gandhi. As we approach his 150th birth anniversary, it’s nice to have a touch of Gandhi in India’s modernisation project.

An Indian Pastoral by Modi & Jaitley
The Equaliser
‘There are segments that need government support. That is the philosophy behind the Budget,’ says Arun Jaitley
Open House With FM (Video)
A Budget for Bharat