Only quality and not mere numbers count

It’s time we moved from census to consensus and finally, happily, to sense 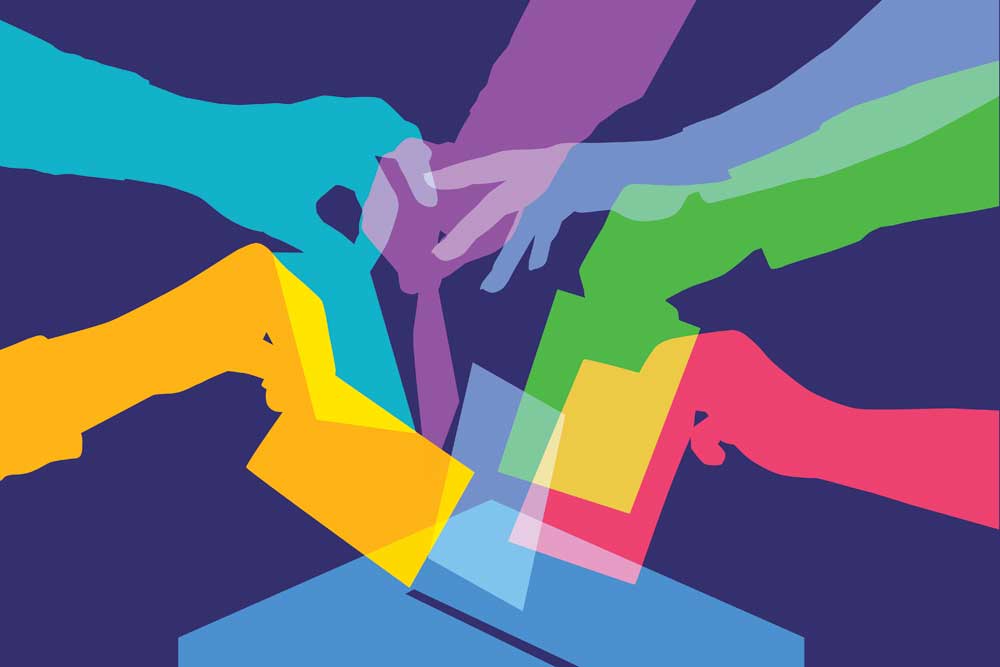 DEMOGRAPHY HAS suddenly become a battleground in the discourse of the day. Extrapolations of the ratio of ‘majority’ and ‘minority’ are being done daily. There is a sense of unease about the future. Knowledge and confidence are essential for freedom. Some have tried to say that ‘freedom’ is synonymous with a free-for-all situation. Nothing could be further away from the truth. Freedom means the right to choose. Hence the more the number of choices, greater is the luxury in life.

Choosing random options is very much like Russian roulette. If it’s a lucky choice, there will be the loud click of an empty magazine. Otherwise, it will be a mess of exploded body parts spread all over the place with a merciful death accompanying it. Of course, things may not work out with the most studied of choices, although the chances of success go up sharply with proper knowledge.

Confidence is a trait that one can be born with. It can also be inculcated and nurtured. Lucky children intuit their self-worth from the love of their parents and care-givers. The child’s laughter and happiness is the aim of these adults, just as removal of unhappiness, whether it is a wet nappy, hunger, or an impossible yearning for the warm, contained security of the womb. Even at a pre-language state, the kid realises that it matters to its surroundings. The seeds of self-confidence sprout in the ground of this love.

If the child is doubly fortunate to have this trend of caring continue from infanthood to childhood to teens, she or he is likely to grow up into a productive, well-adjusted individual. A nation is nothing but a collection of persons within a human-made geographical area. The future of each nation depends on the nurturers and the nurtured!

One definite trend of confident people is that they are able to not just tolerate but to respect views that are different from their own. Both the differences and their peaceful, even positive co-existence, is a MUST for Democracy. Democracy is not the rule of majority (whether based on sex, wealth, colour, religion or even sports teams) over others. Nor is it the tyranny of the tiny over large numbers. A true Democracy takes care of all groups, never at the expense of one over the other.

For this, a lot of thought and a definite process of thinking out of rigid formats are necessary. A guarantee that one’s own base is not eroded (confidence) and a learning of new ways of life (knowledge) will ensure prosperity in a society.

Today, many children are not born in a ‘confinement room’ of homesteads. It is to hospitals that pregnant women (with access to medical facilities) head off to give birth. Newborn babies have tags tied to them with their parents’ name prominently displayed on it. Most of these infants are put together in a large ward. Obsessed by sleeping, feeding and flushing their intestines, the kids can be differentiated only by their tags. A child born to ‘pure’ Brahmins can end up as the offspring of a Mullah’s family as can the oldest branch of Christians, the Syrian Christians who can have their child grow up as vegetarian Gowda Saraswats, in case there is a slight mistake in the tagging process. Introduced to a certain set of religious beliefs, with their accompanying divinities, the child grows up to be a Buddhist, Hindu, Muslim or Christian.

A newborn children’s ward is literally like a new world. The only important things there are survival toolkits. Everything else has no relevance. As such, there is no conflict in this realm.

No divinity has been known to have come down to earth and argued for his/her elevation over others. Nor has any supreme power declared itself to be just that—Supreme. It is always the followers and advocates of religious groups who seek to prove their greatness, solely by denigrating something that is different, and thus by definition, inferior.

Those anxious about demography call for Hindus to procreate liberally by having more children. Numbers did not save this country from invaders who devastated our defences. What counts is quality, not mere numbers. Which is why a country with a fourth of our population, the US, carries so much greater global heft than India with its several thousand years of proven history. To look only at numbers, as so frequently mentioned about the Muslim community, is to ignore the fact that even a very small number, if it falls prey to extremist fantasies, can wreak havoc, whereas a much larger number would be a plus to society, were it moderate and modern.

It is an undeniable fact that the British ruled over this area. The two definite positive fallouts of this is the spread of the English language (India’s greatest strength vis-à-vis its neighbour China, a country that got independence two years later than us) and the iron hug of the railway system. To try and destroy the English is tantamount to pulling up the railway tracks as it was not laid out indigenously.

Even in ancient India, there was violent conflict between the Shaivites who worshipped Shiva and the Vaishnavites, who worshipped Vishnu. Many marvellous buildings, places of worship and systems of knowledge were lost to humanity forever, thanks to these fights. Every battle weakens the ones who take part in it, one way or the other.

After more than seventy years of independence, the majority religious group in India is uneasy. They must remember that the vibrancy of the religion, protected by 33 million divinities, is more than enough to ensure their continued survival. The pantheon of the Hindu gods has expanded to make Mother Mary a Mariaththa. This has enhanced both the goddesses. Equally, the Indian Muslims are NOT visa-denied potential Pakistanis. If Sanskrit is included as a link language simultaneously with English, Hindi and the many prevalent mother tongues, it is not ‘saffronisation’ of India, with the term being used in a political rather than in a culinary sense.

Let saffron remain an exotic spice. Let a beef or a pork meal be the choice of the individual palate and not be made the subject of law, the way some foods are in countries such as Qatar or Malaysia. It’s time we moved from census to consensus and finally, happily, to sense!