The moon and the myth 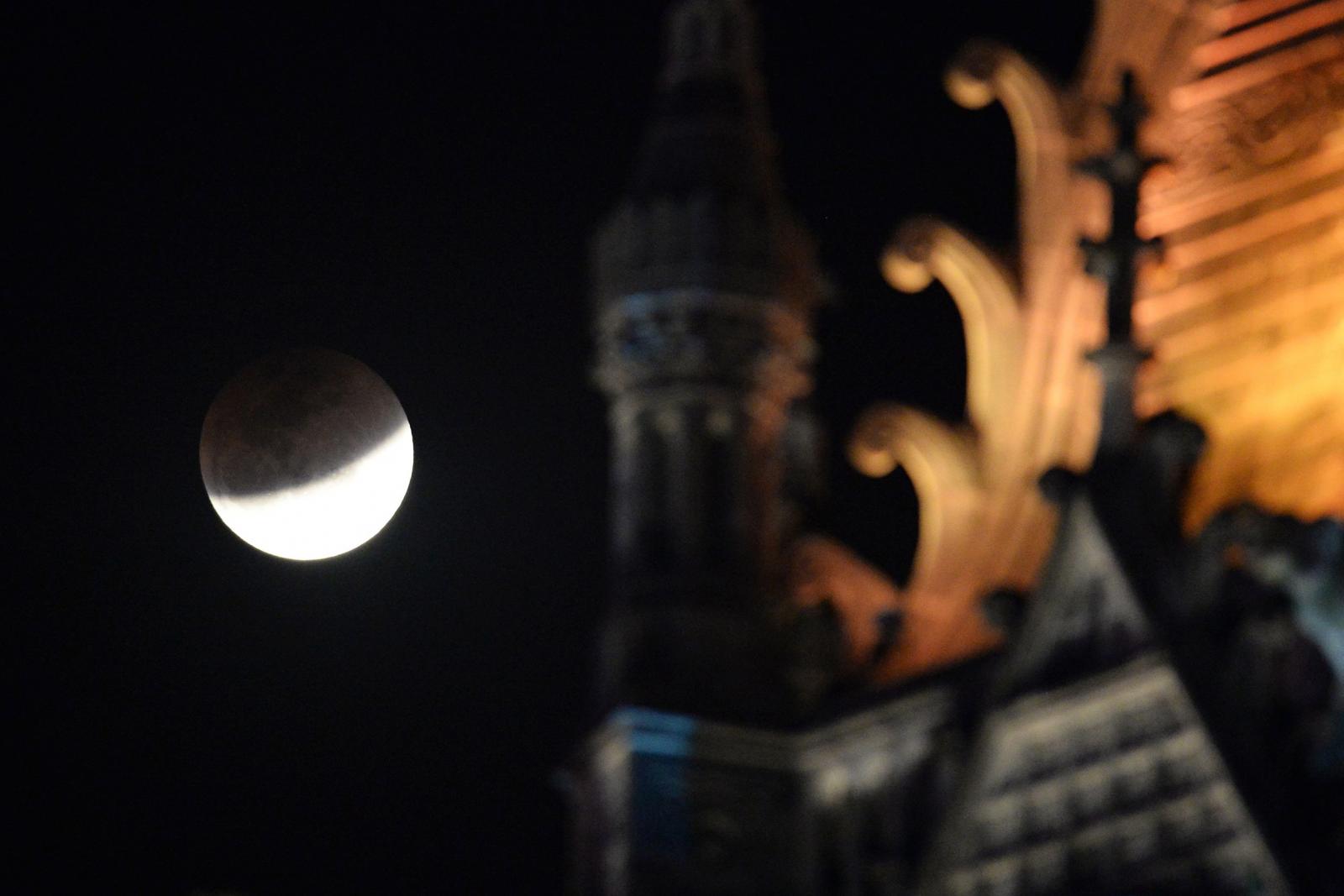 The moon is the most beautiful of astral bodies, but for its dubious taste of being the satellite of our earth. Lovers through centuries have so compared their beloved’s face to the moon, that it has become a cliché.  Raaka Shashaanka Vadana or a face like a full moon is how various Goddesses are hymned. An equally desirable divine attribute is Sharat Chandra Gathra or a body like the moon in the Sharat season.

The luminosity of the sun makes it impossible to be looked at in its zenith of power.  It is the infant dawn sun and the dying setting sun that holds our gaze. The night means that it is over to the stars, with the moon reigning supreme.  Maybe the sunsets are spectacular, so as to make human beings remember to wish for yet another day and not stay charmed by an incessant night.

Even the new moon is an absent presence, as potent as the invisible but valid Mrs Grundy. The stars show up clearly like kids let out unsupervised in the night sky pen.

The native Indians, the Muslims and the Hindus set a great store by the moon. The time of birth of a child is recorded as assiduously as the weight and blood group of a child in India. This information is then handed over to an astrologer, who casts predictions on the basis of this astral data. There are twenty-seven asterisms in the Hindu calendar, each of them a wife of the moon.

These asterisms keep repeating themselves once in three weeks. Predictions about the baby’s future like health, education, marriage, wealth etc are based on these coordinates. Reading a horoscope has become an open secret for even the non-Hindus of this country especially for marriage and politics. Both advantageous (with regret) and tricky (with diplomatic relief) marriage proposals are refused under the generic term mismatched horoscope and no inconvenient questions follow.

Ministers and members of the Parliament and Legislature regularly base the time of their taking charge on the most ‘favourable’ time. This could mean successfully completing a full term as well as winning a future election.

Muslims start and break their Ramzaan fast, one of their most sacred religious observances based on the sighting of the moon. Eid ka Chand is a favourite epithet in Islamic love poetry.

The native Indians link a woman’s menstrual cycle to the dark and bright halves of the moon. Ten lunar months or two hundred and eighty days is the time required for gestation to bring forth a normal human baby.

The crescent moon is an ornament in Shiva’s hair. The thin crescent moon, which looks like it was on a strict diet during the Ramzaan fast, has to be sighted to revert to a normal rhythm for devout Muslims. The harvest moon has a place of pride on revolutionary logos worldwide.

One of the most interesting aspects of the moon is its ability to regenerate.  Like a chronic weight watcher on a yo-yo diet, the moon virtuously starves to nothing only to gorge on borrowed sunlight to fullness. Then, typically, guilt strikes and it’s back to wasting away all over again.

The moon also coats our world with sheen of beauty. The filth, the disorder and the very mundane of the world are disguised into one of magic. The seas glimmer as if all the gems in their wombs have come out swimming in tandem. The roads and sands are bleached to a shade we associate with sci-fi movies. The trees and grass become a shade that is green black. It is as distinct a hue as blue black, but less perceived.

The moon is also democratic. It falls into the pristine waters of the mountainous Mansarovar lake and the drainage water, with equal insouciance. Like the Lotus leaf, the Moon too is impervious to being stained by outside influences.

This heavenly body gives the illusion of coolness. One of the grandest sights on earth is the endless sand of a desert with the moon illuminating the dunes as artfully as in a Mizoguchi film. The moonlight, it would seem, drains off the accumulated heat of the scorching day.

While the sun stands for masculinity, the pliant moon, with all its vagaries represent the feminine aspect. Fickle as the moon is a label handed out to emotional people or persons who change their mind often.

On the 31st of January this year there was a total lunar eclipse. Super Moon, Blue Moon, Blood Moon the nouns rolled off. Clouds and haze notwithstanding, many watched this sky show. Indian mythology said that it was the serpent Rahu swallowing up the moon. Science taught us that it was the shadow of the earth, which had slipped in between the light giving sun and the light-ingesting moon falling on the lunar sky field. Did we not have enough of polluting the geological resources? Did we have to smudge the moon’s radiance as well?

Today I sneaked a look at the eastern sky at dusk. There it was as bright as ever, if a trifle dented. Yes, the moon was a lodestar for lovers, poets and lunatics.