The Cost of Expectations

We want a lot from our Governments, but... 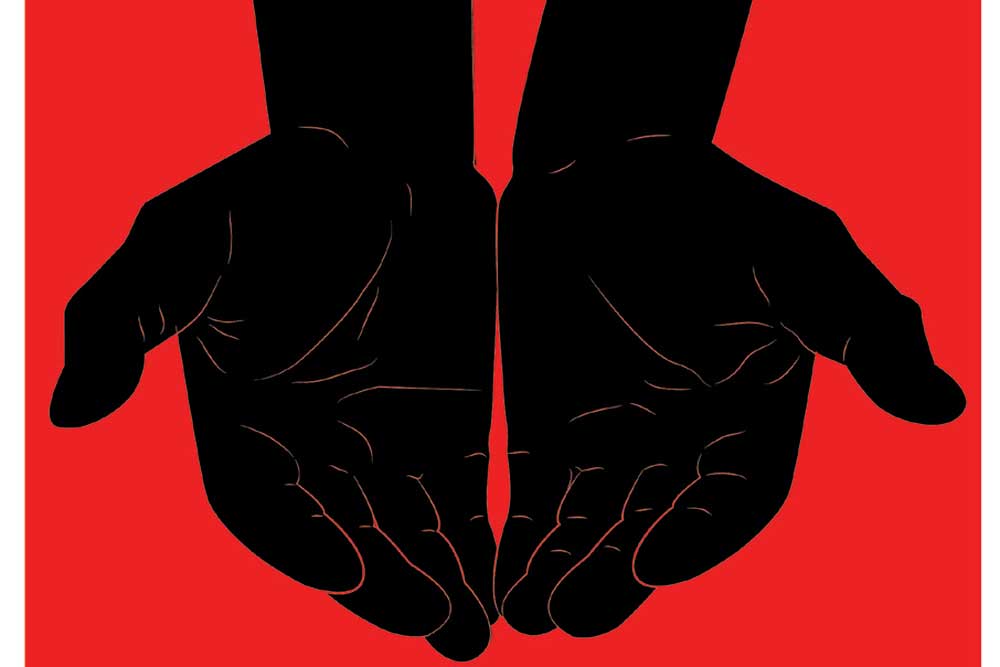 I STARTED THIS SERIES with reforms as its focus. But there may be an impression that I have digressed. Where is the talk about economic reforms? Why aren’t we discussing markets and the state, the latter interpreted as the government(s)? Reforms mean reduced state intervention. A retreat from reforms means enhanced state intervention. So runs the argument. What is a market? It is a conceptual notion used by economists for a space where goods and services are exchanged, bought and sold by buyers and sellers. It can be a commodity market, a labour market, a financial market, or some other market. However, the market is a notional entity, not a physical place like your neighbourhood fish market. It is embedded in an institutional setting, the bedrock of which is the Constitution and the three organs of state defined by it—the legislature, the judiciary and the executive. We cannot talk about markets in vacuum. Sometimes, markets may not exist for various reasons. Sometimes, they may be distorted. The essential trait of a market is that there is a price at which transactions take place.

This bring us to public goods, a term widely used and abused. A public good, according to economists, exhibits two characteristics (the origins of which go back to a paper written by Paul Samuelson in 1954). First, a public good is non-excludable. A consumer who has not paid for it cannot be excluded from its consumption. Second, it is non-rivalrous. Consumption by any one person does not reduce or inhibit the same by any other person. For any public good, there is something that economists refer to as a ‘free rider problem’. Since you can’t prevent me from consuming it, I won’t be willing to pay. Therefore, markets won’t provide that public good and it is something that the government should. No taxonomy is perfect and divisions are sometimes blurred. The advent of new technology blurs definitions further. Nevertheless, any economist will agree there are four types of goods. (1) Non-excludable and non-rivalrous— public good; (2) Excludable and rivalrous—private good; (3) Rivalrous and non-excludable—common pool good; and (4) Excludable and non-rivalrous—club good. Having agreed on this taxonomy, economists may disagree on what good should be included in what basket. Let’s focus only on the private and the public. But no one in his or her right mind can disagree that a government should provide a public good. What are examples of a public good? Good quality official statistics, defence, a clean environment. We want these to be better, though some statistics can be produced by the private sector and some aspects of environmental protection are also not public goods. But because of the free- rider mindset, not only will we be unwilling to pay for these ourselves (through the market), we will also be unwilling to pay (through taxes) when the government proposes to provide them. How do our desires manifest themselves? Through our political representatives and elected governments. That’s how the institutional structure works.

India’s GDP is in Indian rupees. To make cross-country comparisons possible, GDPs of all countries in the world need to be converted into a common numeraire. For various reasons, this typically happens to be the US dollar. The conversion from rupees to US dollars can happen through official exchange rates or the PPP (purchasing power parity) equivalents. Recently, with a GDP of $2.6 trillion, India became the sixth largest economy in the world, overtaking France. The countries ahead of India are the United States, China, Japan, Germany and United Kingdom, with the last just a sniffing distance away. But these numbers are on the basis of official exchange rates; PPP exchange rates are used because prices of some items, especially services, are lower in a nation like India than in a country like the US and adjustments are made to the exchange rate to reflect this. Using PPP exchange rates, India’s GDP is $9.4 trillion, the third largest in the world, after China and the US. However, this impressive performance is because of size. India’s per capita GDP is $1,940 and the PPP figure is $7,056. The Indian Government still has limited fiscal—and perhaps more importantly—administrative capacity. As citizens, our expectations of what the Government should do ought to be lower. Instead, rather oddly, our expectations of what the Centre should do have been rising.

This isn’t only about the Government. It is also about non-government provisioning. We will stay in a hotel in New York. Perhaps we have a late flight to catch. We need to check out of the hotel at noon and want the concierge to take care of our luggage till evening. In New York, we will happily pay for that service. In India, we will argue with the hotel should it levy a charge. In the US, we will pay for checked-in baggage on domestic travel. In India, if an airline decides to charge, there will be howls of protest. In Germany, we will pay to use a public toilet. In India, we expect public toilets to be free. Our notion of a public good is greatly stretched. How are the Railways a public good? It exhibits neither of the public good characteristics. Nor is justice delivery (the police may be different) a public good. At best, these are collective private goods. Without getting too much into technical details, they are club goods. There is a political economy to reforms and that affects the choices a government makes. Thus, interpreted as a trade- off in government resources, the discourse tends to get hijacked away from spending on public goods and spending instead on collective private goods.

There is another kind of hijacking that also happens, and it concerns subsidies. Unlike an income transfer, a subsidy distorts prices, markets and allocative decisions. Subsidies can be given to either producers or consumers, and can be through the budget (known as explicit subsidies) or off- budget (the implicit kind). Note that subsidies are not given by the Union Government alone. There are also subsidies at the level of state governments. There was a discussion of subsidies in the Economic Survey 2014- 15, with some more probing in 2015-16. ‘Price subsidies have formed an important part of the anti-poverty discourse in India and the government’s own policy toolkit. Both the central and state governments subsidise the price of a wide range of products with the expressed intention of making them affordable for the poor. Rice, wheat, pulses, sugar, kerosene, LPG, naphtha, water, electricity, diesel, fertiliser, iron ore, railways—these are just a few of the commodities and services that the government subsidises. The estimated direct fiscal cost of this illustrative subset of subsidies is about Rs 378,000 crore or about 4.24 per cent of GDP.’ Note that this is illustrative, not exhaustive. Let me give you figures from two dated NIPFP studies. For the Union Government, NIPFP estimated subsidies to be 4.25 per cent of GDP in 2002-03 and 4.18 per cent in 2003-04. The second NIPFP study said: ‘In 1994-95, aggregate government subsidies (Centre and states) amounted to Rs. 136844 crore, constituting 14.35 per cent of GDP at market prices in that year. Out of this aggregate subsidy, merit subsidies accounted for 23.84 per cent and non-merit subsidies 76.16 per cent, amounting to 3.42 and 10.93 per cent of GDP respectively.’ The figures are dated, but as shares of GDP, may not have changed much. What are merit and non-merit subsidies? We will take that up in the next column.