Let’s Reread the Constitution Before the Next Big Leap

An Article of Faith 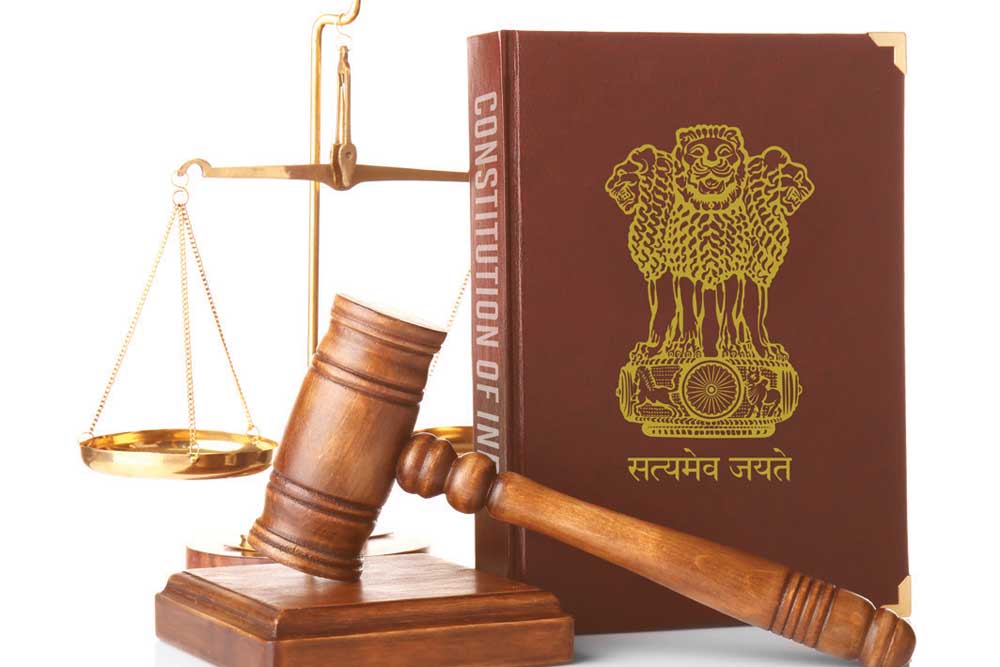 GOVERNMENTS AND THEIR policies are labelled according to whether they are pro- market or anti-market. ‘Market’ here is a conceptual idea used by economists. In a market economy, unlike a non-market economy, decisions are taken by individuals, producers and consumers, rather than governments. But a market isn’t necessarily a physical place where buyers and sellers gather for transactions. It is more of a notion. However, every market functions in a given institutional setting. There are principles and templates for a market economy, but the context for Country X would differ from that for Country Y. That’s the reason economists increasingly pay attention to institutions. Classical economists were conscious of their importance. For a while, mainstream economics forgot about this, until it was rediscovered as the new ‘institutional economics’. There are different definitions of institutions, what should be regarded as part of the institutional setup. Essentially, institutions set out rules of the game. Today, India’s edifice behind all its institutions is the Constitution. Everything else is a derivative. As everyone knows, the Constituent Assembly adopted the Constitution on 26th November 1949 and it entered into force on 26th January 1950. There have been 101 amendments to it since then.

That is indeed the way it should be. Participating in the Constituent Assembly debates on 8th November 1948, Jawaharlal Nehru said, “One is this: that while we, who are assembled in this House, undoubtedly represent the people of India, nevertheless I think it can be said, and truthfully, that when a new House, by whatever name it goes, is elected in terms of this Constitution, and every adult in India has the right to vote—man and woman—the House that emerges then will certainly be fully representative of every section of the Indian people. It is right that that House elected so—under this Constitution of course it will have the right to do anything—should have an easy opportunity to make such changes as it wants to. But in any event, we should not make a constitution such as some other great countries have, which are so rigid that they do not and cannot be adapted easily to changing conditions. Today especially, when the world is in turmoil and we are passing through a very swift period of transition, what we may do today may not be wholly applicable tomorrow. Therefore, while we make a constitution which is sound and as basic as we can, it should also be flexible and for a period we should be in a position to change it with relative facility.” To use an expression we are all familiar with, the Constitution is a living document.

‘We, the People of India,’ gave ourselves this Constitution. Through Parliament, with ratification by state legislatures when needed, we should have the right to amend it as and when circumstances change. That’s exactly what Nehru meant. Indeed, today’s Constitution is not the one adopted in 1950. My listing, or any other such listing, will partly be subjective. But in my view, Amendments 1, 4, 7, 17, 24, 25, 26, 29, 34, 40, 42, 52, 61, 73, 74, 76, 80, 86, 91 and 101 were major. Schedule 9, chipping away at property rights, freedom of speech and equality before the law, reorganisation of states along linguistic lines, changing the Preamble (socialism, secularism), anti-defection law, reducing voting age to eighteen, recognition of local bodies, sharing of taxes between the Union Government and state governments, Right to Education, restriction on the size of ministries, and GST. I think most people will agree these major amendments altered the basic structure of the Constitution. In the amendments I have listed, those till the 29th are pre-1973 and subsequent ones are post-1973. This is a threshold because that’s the year of the Kesavananda Bharati vs State of Kerala judgment by the Supreme Court ruling that the ‘basic structure’ of the Constitution cannot be changed.

Consider the following. First, this was a 13-judge Constitutional bench of the Supreme Court, and no, there was no unanimity; with a margin of 7-6, the decision was wafer thin. It could very easily have gone the other way. One judge decided the living document trait of the Constitution would be taken away in perpetuity, even if ‘We the People’, through Parliament, decide otherwise. Second, in the past (despite the 1967 Golaknath vs State of Punjab case), the Supreme Court hadn’t said anything about the basic structure remaining intact. Third, the mid-1970s were special, with the Emergency soon to follow. In other words, that wafer thin majority was influenced by subjectivity, coloured by circumstances of the time. Fourth, who determines the ‘basic structure’? While courts have set out some principles, that determination will be made by the Supreme Court on a case- to-case basis. That is the upshot of the Indira Nehru Gandhi vs Raj Narain (1975) and Minerva Mills vs Union of India (1980) judgments. Most people will agree the amendments I listed have altered the basic structure, but courts will agree they are in conformity with the ‘basic structure’. Fifth, as should be obvious, despite those principles, in all probability, judges will be subjective about what is a breach of that structure. Recently (November 2017), the Centre on the Death Penalty, National Law University, Delhi, published a study titled, ‘Matters of Judgment’. This raised several issues about awarding the death penalty, but I want to focus on only one aspect. The death penalty is imposed in the ‘rarest of rare’ cases. Three hypothetical cases were chosen and 60 former Supreme Court judges interviewed, 47 of whom had adjudicated such cases in the course of their careers. Is the hypothetical case ‘rarest of the rare’? Should death penalty be imposed? If so, why? What’s interesting is variance in views among these former judges. I am certain a similar variance would prevail if one were to interpret ‘basic structure’.

A market-based economy operates on the basis of property rights. But the right to property is no longer a fundamental right. The Preamble to the Constitution now uses the word ‘socialist’. Let’s leave aside the legal nuances of different judgments on whether the Preamble is technically part of the Constitution or not. Regardless of the answer, the Preamble shapes judgments. This is BR Ambedkar on 15th November 1948 during the Constituent Assembly debates, opposing an amendment that sought to introduce the word ‘socialist’ in the Preamble: “What should be the policy of the state, how the society should be organised in its social and economic side are matters which must be decided by the people themselves according to time and circumstances. It cannot be laid down in the Constitution itself, because that is destroying democracy altogether. If you state in the Constitution that the social organisation of the state shall take a particular form, you are, in my judgement, taking away the liberty of the people to decide what should be the social organisation in which they wish to live. It is perfectly possible today for the majority people to hold that the socialist organisation of society is better than the capitalist organisation of society. But it would be perfectly possible for thinking people to devise some other form of social organisation which might be better than the socialist organisation of today or of tomorrow. I do not see therefore why the Constitution should tie down the people to live in a particular form and not leave it to the people themselves to decide it for themselves. This is one reason why the amendment should be opposed.” This too was an endorsement of the living document theme. Nevertheless, the word is part of the Preamble now. Read the Representation of the People Act, 1951, about registering a political party. Among other things, the party will have to adhere to the ‘principles of socialism’. We can go round in circles trying to define socialism. The Excel Wear vs Union of India judgment of 1978 is an example.

My intention is not to discuss the Constitution article by article. So I will not get into the nitty gritty of Article 39, in particular 39(c). ‘The State shall, in particular, direct its policy towards securing…that the operation of the economic system does not result in the concentration of wealth and means of production to the common detriment.’ Or for that matter, Article 12. ‘In this part, unless the context otherwise requires, the State includes the Government and Parliament of India and the Government and the Legislature of each of the States and all local or other authorities within the territory of India or under the control of the Government of India.’ Such an article by article discussion requires a book, not a column. The limited purpose of this column is to flag a relook at the Constitution before we talk about reforms. Indeed, a National Commission to Review the Working of the Constitution was set up in 2000 and it submitted a report in two volumes in 2002. But it my view, it didn’t strike at the core. It tinkered incrementally.