There is no solution as long as voters don’t care 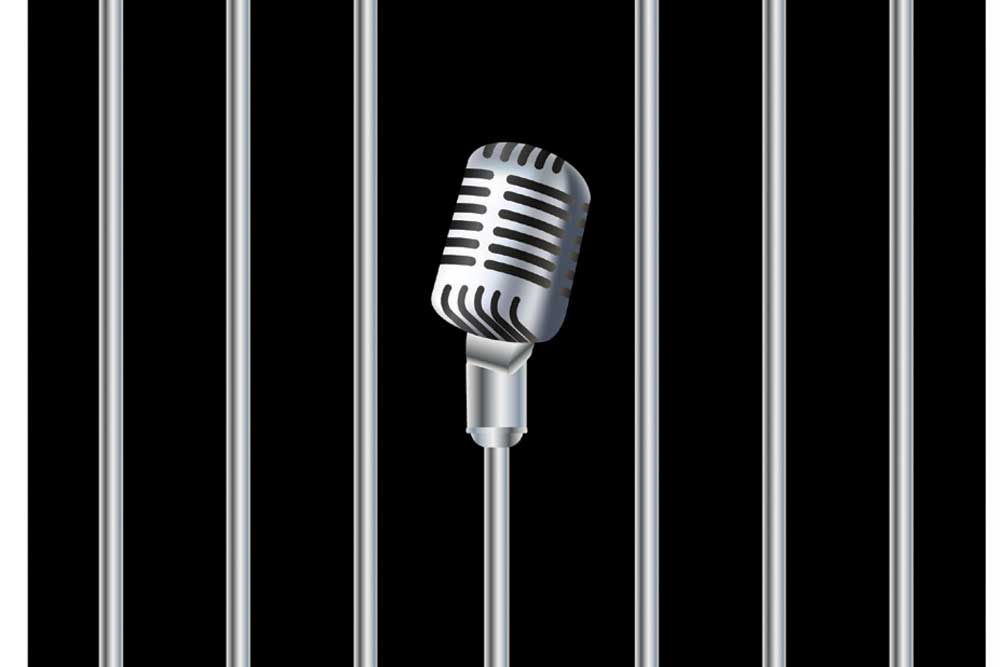 MOST PEOPLE WILL have heard of the Association for Democratic Reforms (ADR). It is a good resource for the huge agenda of electoral reforms, though I can name several other good sources too. In the 2014 General Election, 8,230 candidates contested from 543 constituencies and they had to submit self-sworn affidavits. Every candidate has to submit such an affidavit in Form 26, along with the nomination papers. (We may have a legitimate problem with the quality and veracity of information given, but that is a separate issue.) The candidate has to state: ‘I am/am not accused of any offence(s) punishable with imprisonment for two years or more in a pending case(s) in which a charge(s) has/have been framed by the court(s) of competent jurisdiction.’ In case such a case is pending, the candidate has to furnish the details. Notice that this is only about a candidate being accused. The candidate also has to state: ‘I have been/ have not been convicted of an offence(s) [other than any offence(s) referred to in sub-section (1) or sub-section (2), or covered in sub-section (3), of section 8 of the Representation of the People Act (RPA), 1951 (43 of 1951)] and sentenced to imprisonment for one year or more.’ If there has been such a conviction, the details have to be given.

I have cited figures from the Lok Sabha, but there are similar numbers from legislative assemblies. Why has criminalisation of politics taken place? Or, is the right word ‘politicisation’ of criminals? Why are there so many criminals in politics? But wait a minute. When we say ‘criminals’, what do we mean? Naturally, we are not talking about minor ‘crimes’. There is probably no politician who has not been accused under Section 144 of the IPC. We have in mind serious crimes. But has the politician been convicted, or has s/he only been chargesheeted? In other words, we are also talking about delays in the criminal justice system. There was an earlier report that ADR did for the 2009 General Election. In this, you find there are MPs, chargesheeted for serious crimes, whose trials have been going on for more than 10 years. There are some for whom the trials have been going on for almost 30 years. Principles of natural justice suggest a person is innocent until proved otherwise. We therefore have a problem with the criminal justice system, which we have talked about earlier. We now come to a petition filed in the Supreme Court in September 2016. This sought three directions from the Court, all for de-criminalisation of politics. First, those chargesheeted for serious crimes (defined as punishment of two years or more) should be debarred from political activities. Second, there should be special fast-track courts for trying representatives of people (not just MLAs and MPs). Third, there should be a life-time ban (from political activities) of those convicted. In fairness, directions were also sought on broader electoral reforms. I am sure you are aware of what happened thereafter. Twelve special courts have been set up to resolve 1,581 cases within one year, for MLAs/MPs. There are many reasons why I don’t like the idea, not just Article 14 (equality before the law). You will find the reasons in the 239th Report of the Law Commission on ‘Expeditious Investigation and Trial of Criminal Cases against Influential Public Personalities’. The problem isn’t only with those who have been elected. It is also with the candidates.

I think we have a naïve view of what MLAs/MPs do, and where. We tend to think this is about state legislatures and Parliament and making laws there. For an MLA or Lok Sabha member, there are two other segments s/he is answerable to: the voter in the constituency and the party. Consider a Lok Sabha member who is not catapulted from the outside, but rises through the party ranks from the panchayat/urban local body and assembly levels up to Parliament. Generating funds for the party is an integral part of his or her task. Ipso facto, there is a broader electoral funding issue. For the voter, the MLA or MP is usually busy ensuring a smooth interface between the citizen and the government (the police, municipal bodies, land conversion, building permissions, schools, hospitals, railways and so on). However, we do not live in a perfect world. Becoming a successful candidate or MP, in voter and party perception, means thriving in that perfect world. I don’t think we will ever be able to lick criminalisation of politics from the top.