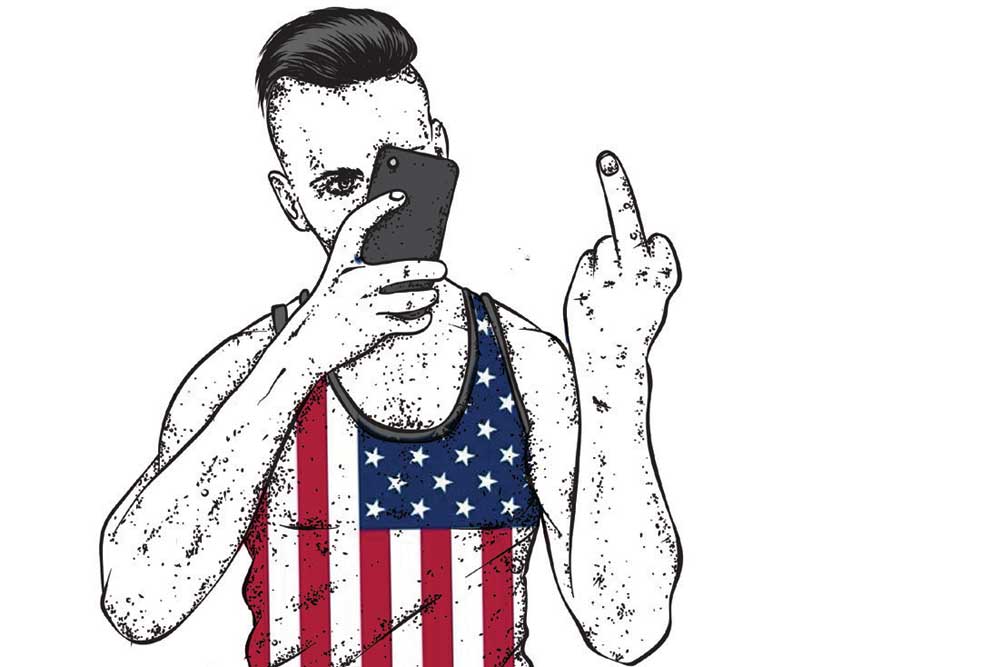 THE CULTURAL APPROPRIATION debate seems to have reared its ugly head again, with a White American girl receiving a barrage of criticism for choosing to wear a traditional Chinese dress to her prom. The dress looked stylish and made no attempt to mock or degrade Chinese culture. Had this girl not been Caucasian, I am sure there would have been much less of a fuss.

I have never considered myself someone who could receive accusations of cultural appropriation. I have always dressed as anyone from back home in England would. I would wear a suit for work, jacket and tie for fancy social gatherings and jeans and a t-shirt for casual events. In India, though, what I have worn has changed dramatically. People at my office have encouraged me to wear Nehru jackets and adopt other Indian forms of clothing. I gave soft rejections to their advice, saying that they would have to come and pick it with me. The truth is, the constant barrage of leftist arguments I heard at university made me uncomfortable wearing Indian clothes as a White man.

This changed when I was invited to attend a wedding of one of my colleagues a couple months after my arrival in India. I have never actually been to a wedding back in the UK, but I assume that if I had, I would have worn a suit or a dinner jacket. However, I was requested to wear a kurta for this wedding. A dilemma was put before me. Should I wear clothing that is not from my culture and fulfil the wishes of the groom, or should I stick to my culture’s norms and dress how I would back home?

Ultimately, the question was a stupid one. Despite my discomfort from knowing that if had I dressed in a kurta at university, much of the intolerant Left would have cried that I was destroying and diminishing Indian culture, I knew that it was the right thing to do. Primarily, it would have been rude to have refused the marrying couple’s wish, but also, no one should have any right to forbid people from wearing what they want to.

The modern Left’s intolerance has not just focused on so-called cultural appropriation; they have also attacked people at Oxford who make any attempt to engage with their own culture and history. In my final year, a ball at my own college was criticised for having a 1920s theme. The charge was led by Arushi Garg, who claimed that the theme was problematic because it was based upon a time when women and non-White people, such as herself, were absent from college life. Such claims have obvious problems in that Cornelia Sorabji, an Indian woman, was able to study law at Oxford in 1892. It is true that women were not admitted to Magdalen College until much later, but my own great uncle met his wife while studying at Magdalen College around that time, so to claim that women were absent from college life is an unfair interpretation.

I felt as if I was being told that I cannot engage in other countries’ traditions, as that would be cultural appropriation, but I also should not engage in British traditions, as to do so would promote sexism and racism. The truth is, these criticisms come from a small minority of extreme Left activists who somehow dominate the debate. Lazy journalism, combined with outrage culture, allow those with the most extreme views to talk on behalf of swathes of people they do not represent. I doubt most people have even heard of the phrase ‘cultural appropriation’, nor would they care much about it if they had.

The loudest critics of cultural appropriation tend to be the children of immigrants in the United States. They are like spoilt kids who have a toy which they like, but their extreme jealousy means that they do not want anyone else to have the same toy as them, as they want to feel special and unique. But at the same time, they are willing and want to play with all the same toys that their friends had first. Unfortunately, this view seems to be making its way to campuses in the UK.

I am given hope by the fact that I have only heard these arguments made by other Western tourists in India. The Indian people I have met here have encouraged me to engage with and learn about their culture. I have been swayed into wearing Indian dress and participating in ceremonies. I even spent an entire day with a tilak on my forehead after attending an office opening ceremony. The minority of second generation Westerners who rail against cultural appropriation need to take a lesson from those in the countries their parents come from. Everybody’s culture is something that they should take pride in, but also something that they should be happy that other people choose to engage with. Imitation, after all, is the sincerest form of flattery.