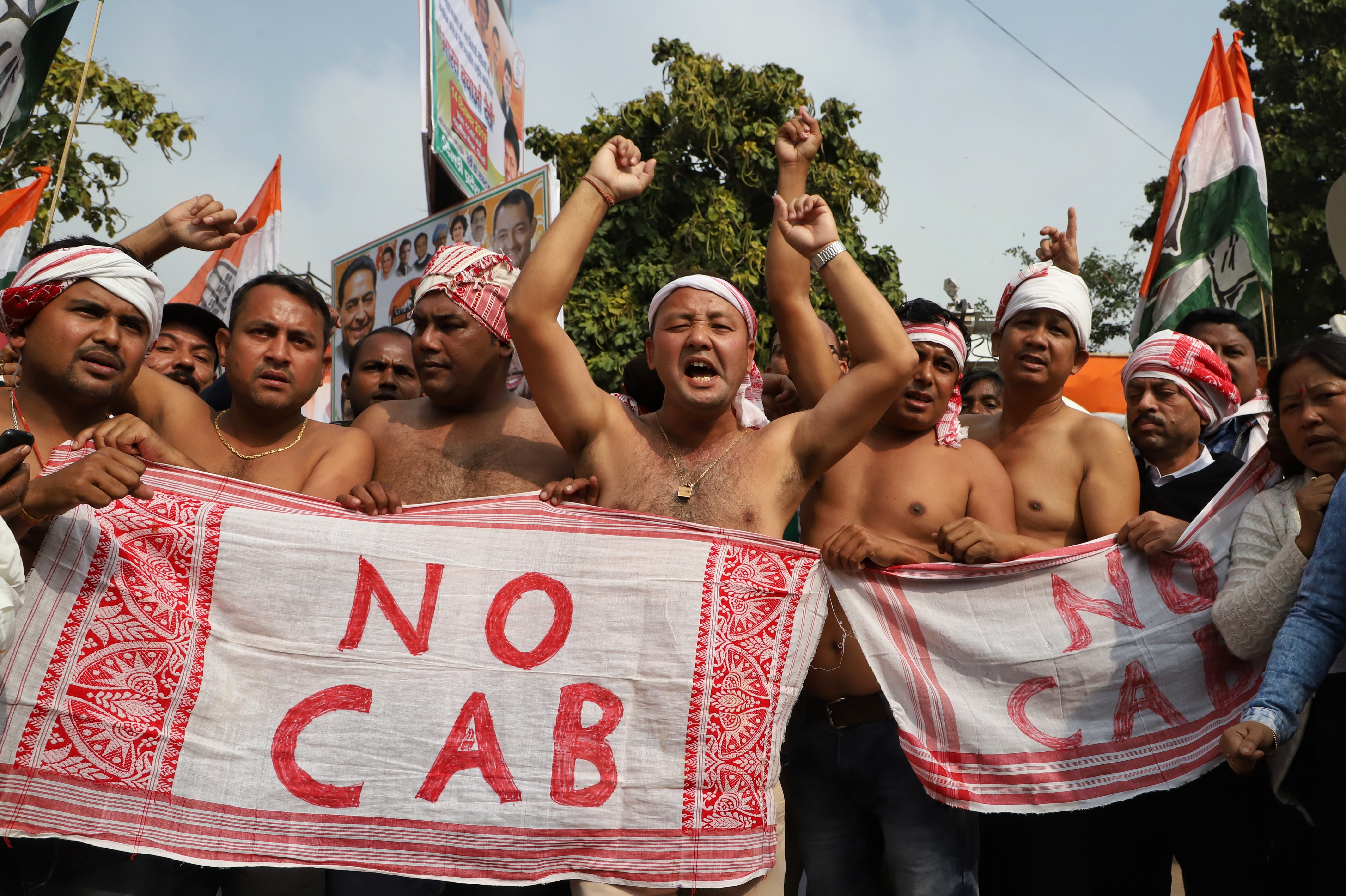 India is being engulfed by intolerance and malice towards minorities. Democratic values are being violated. We have witnessed an unprecedented onslaught on the time-tested legacies of pluralism on the pretext of the completing the National Register of Citizens (NRC) in Assam. Being emboldened by the success in Assam, the Government has resolved the imposition of NRC throughout the country. The gameplan has become further apparent with the Citizenship Amendment Act (CAA). India has never before witnessed such a Pandora’s Box of troubles. But the people have raised their voice against the CAA and the NRC.

We are passing through a historic phase of our collective existence because it will be determined here and now whether we will uphold the idea of one India or dismantle it. Let us deconstruct the destructive gameplan in general and the sustained malice of the chauvinist forces in Assam towards all non-Assamese, and the Bengali-speaking community, in particular. Since Partition, no stone has been left unturned to unleash terror. Those black pages of history are the source of inspiration for the NRC and the CAA. The infamous frenzy of ‘Bangal Kheda’ (eliminate Bengalis) has logically culminated in the state-sponsored exclusionary stratagem because the NRC is not about including the Bengali-speaking citizens but excluding them. That’s why, the myth of an exodus from Bangladesh is repeatedly proclaimed. Figures of such illegal immigrants were provided regularly, which varied from one million to 20 million.

As the NRC carnival comes to a temporary end, the myth has been exploded because the number of non-citizens could not be stretched beyond 1.9 million. But nobody raised the pertinent question: what happened to the much-publicised silent invasion of foreigners with which they have been misleading the national press, political parties, bureaucracy, and more importantly, public opinion? So nobody bothers if a 102-year-old Chandradhar Roy is detained mercilessly or the NRC is in murderous spree in Assam.

To set the record straight, the NRC procedure directly violates Article 15 of the Universal Declaration of Human Rights, 1948. Not only are the basic human rights of the Bengali-speaking people being denied nonchalantly, hatred against Muslims, irrespective of the language they speak, is clear as daylight. Although belatedly, the greater Indian community having faith in the Constitution, democracy and human rights, has started to respond adequately to the wake-up call. If we Indians fail to prevent such massive abuse of human rights, the future of the Indian people would definitely be blurred.

One has to understand the actual facts underlying the preparation of the NRC in Assam, striking out the names of genuine citizens on the plea of ‘doubt’ and forcible imprisonment of the minorities in various detention camps, etcetera. Besides, there is widespread imperfect knowledge on the aftermath of Partition in the lives of the Bengali-speaking people. On the other hand, there is a systematic misinformation campaign even in the post-NRC days regarding the genuineness of the procedure. That is why the ruling party is blowing hot and cold everyday even now while minorities are being constantly threatened and intimidated.

Few made any reality checks and succumbed to the onslaught of lies based on a thinly veiled intolerance towards the ‘Other’. Does anybody know outside Assam how the declared modalities for inclusion in the NRC have been whimsically set aside by the NRC coordinator’s two notifications on May 1st and 2nd, 2018?

First, every resident in Assam was required to apply for inclusion in the NRC with the evidence of ‘parental linkage’ to prove that parents of the applicants had arrived in Assam before March 24th, 1971. This is known as ‘Legacy Data’. According to this provision, not even an Indian citizen can be a citizen of India in Assam until s/he has provided the legacy data. Second, this arrangement is an anomaly vis-a-vis the very fundamental principle of citizenship by birth. Third, the whole exercise was carried out since 2013 on a retrospective basis for determining legacy until 1971. It may also be noted that the Assam of 1971 does not exist anymore while the NRC exercise bases itself on pre-1971 legacy.

Thus citizens are subjected to a double jeopardy, first to prove their ‘legacy’ (not required by any Indian Citizen elsewhere), and then to prove that their forefathers were not ‘illegal migrants’. This procedure violated the ‘Jus solis’ principle of citizenship to the Constitution and attempts to turn it to ‘Jus Sanguinis’ (right of blood) on the basis of geographical territory. In a further shift towards classifying citizens into various unsubstantiated categories, Section 4(A) under its subjection 3(3), makes a reference to two categories, namely Original Inhabitant (OI) and Non-Original Inhabitants (NOI), something that is unthinkable in a civilised country. The overriding concept of ‘son of the soil’ has arrogantly disregarded the civilisational—historical and anthropological—truth. Has anybody ever considered how dangerously contagious this practice might be for the integrity of the Indian people? If only the Assamese are accepted as the only ‘original inhabitants’ in Assam, there will be no Indian anywhere. This signifies a complete denial of the logic of migration and diaspora, settlement and resettlement. That is why it should be stated that no scion of undivided India can be excluded from the register of citizens as an ‘illegal’ infiltrator if they are residing in the geographical domain of India, which has been continuously present from time immemorial.

But the blueprint of the NRC in Assam is being followed elsewhere to turn India into a theocratic state and that is why, the NRC, National Population Register (NPR) and CAA are being imposed to destroy the unity and integrity of the nation. The Bengali community as a whole and the religious minorities, in particular, are being turned into stateless Rohingyas. In this context, we are required to decipher the true intent of the CAA as well as the implementation of Clause 6 of the Assam Accord for the excluded ‘Other’, the Bengalis. This clause relates to the institutional, legislative and administrative safeguards, as may be appropriate, that will be provided to protect, preserve and promote the cultural, social, linguistic identity and heritage of the ‘Assamese people’ but it should be noted here that the Assam Gazette of September 6th, 1950 (page 1,464) clearly stated that ‘Indigenous person of Assam means a person belonging to the state of Assam and speaking Assamese language or any other tribal dialect of Assam, or in case of Cachar, the language of the region.’ It should be remembered that the Assam of 1826 (after the Yandabu Pact) was completely different from that of 1874 when the British transferred three predominantly Bengali-speaking districts (Cachar, Sylhet and Goalpara) to Assam from the Bengal Presidency. Naturally, the demographic pattern of post-1874 Assam underwent a metamorphic change as a result of the transfer and subsequent natural internal diaspora. But chauvinists have scant regard for logic and facts.

Yet, Assam has always been a multilingual, multicultural and multi-religious state comprising different Tribes and communities. Intensive studies of historical and anthropological data reveal that most of the Tribal communities had migrated to Assam from different geographical locations beyond India. Even the non-Aryan Ahoms, who amalgamated with the Aryan Assamese race, migrated from Thailand, Myanmar and south China in 1228 CE. On the other hand, the proto-Bengalis migrated in the 5th and 6th century CE in both the valleys of present-day Assam. So, the entire story is nothing but an illogical conflict between the earlier and later migrants. Migration continued unabated both in the medieval period and during British rule. In fact, Assam could have been an ideal example of syncretic existence, but instead, it has chosen a self-annihilating path.

The pre-Partition districts of Cachar and Sylhet were under the administration of the Assam government, and hence, as Indians, they settled freely. So those persons who originated in erstwhile Sylhet, that is, whose forefathers were born there and later settled in Barak Valley, are definitely indigenous, being an integral part of undivided India. The 1951 Census reflected this truth. Their mother tongue is Bengali and their identity cannot be tarnished with the stigma of ‘foreigner’. Their fundamental rights cannot be snatched away now. Besides, the post-1971 migrants to Barak Valley, who are Indian citizens originating in other parts of undivided Assam (which included Meghalaya, Mizoram and Arunachal Pradesh) as well as other states of India, are also entitled to all the rights and entitlements due to genuine citizens. None of them can be denied of any right. Rather, existing ethnic harmony in Barak Valley (and elsewhere) should be promoted and should in no way be disturbed by granting any exclusive right to any section not already in force, like the Language Act, 1961.

There cannot be any doubt that the CAA calls for careful reconsideration by constitutional experts so that it does not contradict the fundamental principles of our nationhood—secularism and equality, social harmony and integrity. The policy of inclusiveness should never be compromised to add fuel to the fire of the religious and linguistic intolerance. In order to satisfy the frenzied passion of a particular community, other sections of society should not be isolated and punished. In fact, the Assamese people are already well-placed educationally, culturally, politically and economically in comparison to other communities of the Northeast. As per our constitutional provisions, reservation is meant for the minorities and weaker sections. Hence, the concept of exclusionary reservation with the help of Clause 6 for the Assamese people has neither any legal nor constitutional tenability. Of course, their position should be consolidated but not at the cost of the already marginalised and frightened Bengali community.

The final point of reckoning may be the creation of a separate administrative unit for Barak Valley, that is, statehood and reorganisation of its territorial limit with the Bengali-speaking Jiribam area of Manipur and such other areas from a few districts of Assam so that the inhabitants may live in a terror-free society with firm faith in pluralism and human rights. The safeguards provided by the Constitution should be guaranteed in the new state and socio-economic uplift should be promoted among all sections of the community. The NRC and CAA have indeed provided us with the opportunity for soul-searching.

In this perspective, we must also follow the same policy with regard to West Bengal, which upholds pluralism and coexistence. The NRC and the CAA should not be used as divisive tools to destroy the fabric of culture and faith. 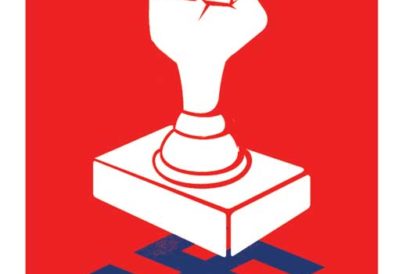