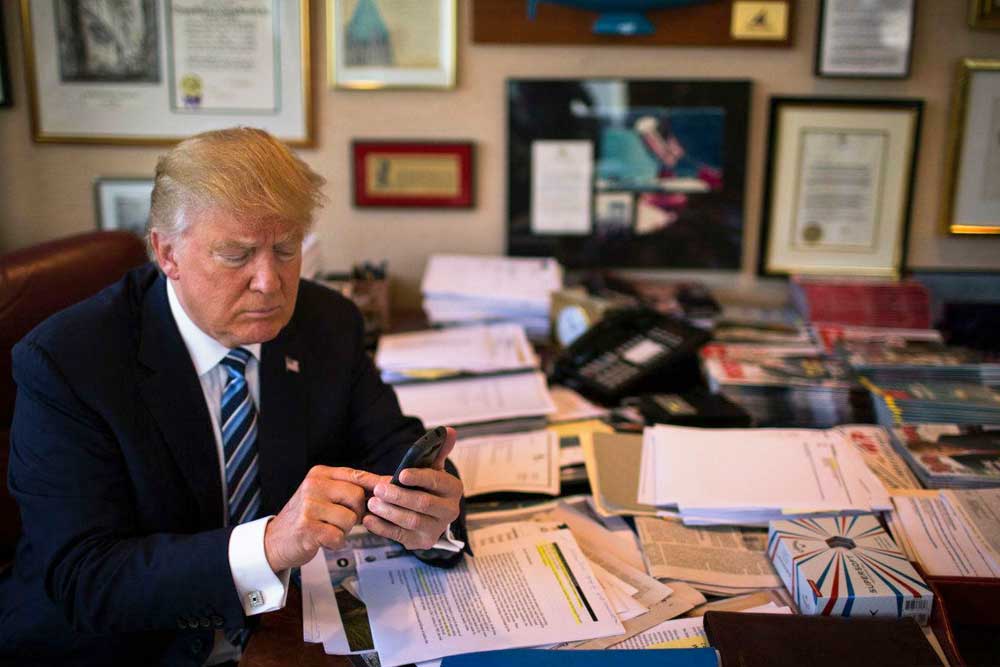 THIS WEEK THE President of the United States fired his Secretary of State, the second most powerful man in the world from the standpoint of other countries, on Twitter. Priya Varrier, a student from Kerala, has reportedly landed a role in a movie with Ranveer Singh after fame came calling through her rising eyebrows that spanned a few seconds in a Malayalam movie trailer. Two events separated by continents, arenas and magnitude, but bound by the strange and creeping influence of digital forces on life as we once knew it.

Consider what it would take for an aspiring actress from regional movies to land a role in a major Bollywood project in the past. She would have to carve a niche in her own film industry, get noticed by way of a movie that was special enough to cross over, and then, if lucky, be offered a role. Or she would have to move lock, stock and barrel to Mumbai and do the regular slog. In either case, many aspects of the universe would have to conspire and, without connections and fortune, it would take some time. But now there is just the necessity of a viral video clip. Varrier’s movie is yet to release and it is not even certain what her acting abilities go beyond making intriguingly cute faces. A digital explosion makes up for many unknowns.

Or there is the strategic creation of digital explosions, as the recent career of Donald Trump has shown. If Barack Obama used social networking to gather an army he needed for the presidency, Trump has used the medium to not just achieve the same objective, but to destroy every convention associated with the office. He is reviled and mocked, but what he will leave behind are the remains of the old prim and proper way of governance. With Trump, the peremptory Twitter sacking—which, it is said, is how Rex Tillerson learnt that he was unemployed— is precisely the point. To play out his life as if it was perpetually on stage. It worked very well for him before the age of the internet, but then it meant relentlessly courting reporters and media owners and coming up with publicity stunts. For an arch exhibitionist, the online world enables the cooking up of tabloid front pages at will.

It is a world marked by speed and spectacle. In traditional media, momentum over public personalities grow gradually, in fits and starts, but now critical mass is attained almost immediately. All you need is the temperament to sustain it. For instance, there is an entire breed of professional politicians in India who began as rabble rousers on Twitter and found that so long as they kept at it, their online traction could open offline doors. Some have gone on to become spokespersons of major parties. Just one viral video is almost never enough, as Varrier will learn. If you want to make it like Trump, you have to repeat the formula endlessly. The attention span is easy to get but minuscule, so new versions of the old hooks need to be dropped all the time. In the process, you metamorphose into something distasteful, but that is the price you pay for success.