The Taste in Memory 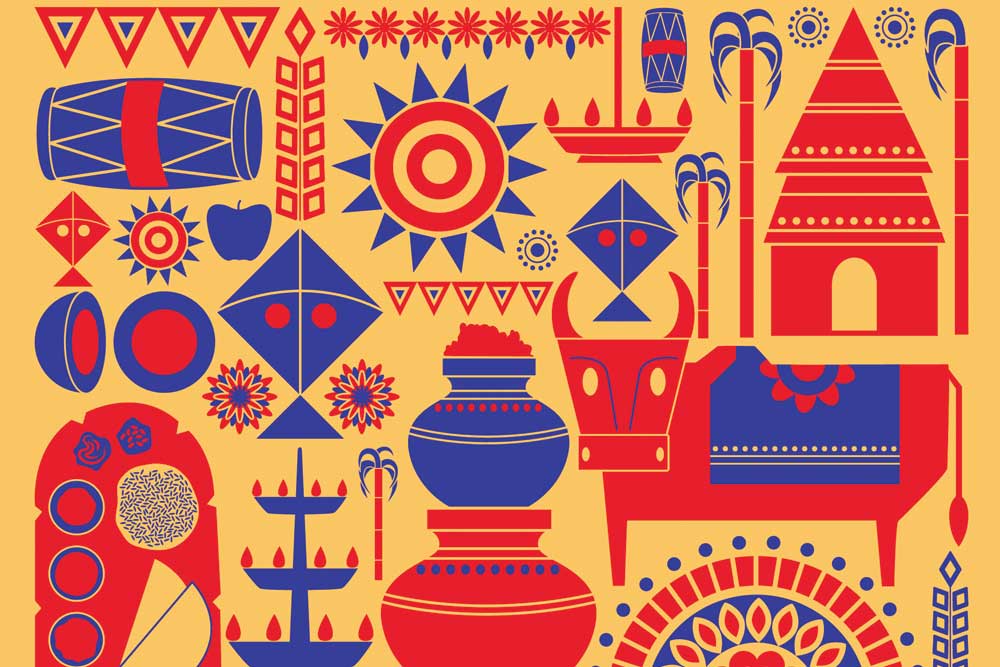 I SAMPLED A 19 course tasting menu at a well known fusion restaurant in New Delhi. Of the 19 courses, only four were delicious. The rest of the courses were off-balance. Had the menu consisted of these four dishes, I would have written a rave-review of the same restaurant. Alas, the lure of the multi- course tasting menu was too overpowering for the chef. The natural (rocks) and unnatural elements (syringes) used to serve the dishes were aesthetically pleasing or whimsical to the eye, but not to the taste buds. The dishes we enjoyed included a tamarind fish preparation, and prawns in a delicate coconut broth—but these hewed close to the recipe practiced in the Malabar region for centuries. The biggest disaster was the fusion element of the dish. One of the dishes contained vadas, which, according to my dining companion, looked like crumbs on the plate that one was tempted to brush aside. The foam on another dish was displeasing to the palate. The chaat served on the seat of a toy bicycle was quite dreadful, making us long for the authentic taste from a street vendor who has never veered far from the recipe of his forefathers.

My dining companion pointed out that the traditional feasts for gods and their devotees were, in fact, an ancient form of a tasting menu and offered a well thought out succession of dishes that far surpassed our experience at this molecular gastronomy restaurant. What is it about the traditional feasts that is so pleasing to the palate? Can one create an everyday diet based on the principles underlying these feasts? To figure out the principles, let us examine the menu for a couple of pujas.

Enduri pitha is a flavoured cake native to Odisha state. It is eaten during the prathamastami festival. It is prepared by steaming of the fermented batter of parboiled rice and black gram in a turmeric leaf and folding the leaf through the mid- vein.The batter-filled folded leaves are then cooked over steam. Other ingredients such as coconut, curd, and sugars are added. The extracts of turmeric leaves through this traditional food in winter season increase the immune system of the body, say Preetam Sarkar and others in an article on traditional Indian foods.

Most of us have, at some point in our childhood, eaten dishes prepared for a festival. When we taste these dishes again in different decades of our lives, those memories are evoked, and enhance our experience

Grain based food, repetition, balance, and scientific aptness characterise festival fare. The balance in these meals is produced by the pairing of foods, the cooking technique (fermenting, steaming) introduces complexity while also minimising the ill effects. Lentils, rice, rava (ground husked wheat) are all grains that were traditionally the primary staple foods of India. The Yajurveda talks of three pulses: mung (Vigna radiate), urad (Vigna mungo), and masoor (Lens culinaris) as being most used by the people. These grains have good levels of starch and protein, but they also have some defects such as the presence of trypsin inhibitors (the enzyme that breaks down the protein and facilitates digestion). Here, the traditional ways of preparing these grains such as soaking, fermentation and cooking can minimise the effect of the trypsin inhibitors. Fermentation, in fact, increases the protein content.

This brings us to the second point. Since every food has merits and demerits, the cooking technique in traditional festival fare enhances the former and diminishes the latter. Fermentation, for instance reduces the indigestible quality of grains and increases the protein content. Note, however, that fermented foods are not served to gods on account of their polluting character.

Third, there is balance between the raw and the cooked, and between the different tastes. The menu for Satyanarayana puja includes Kosambri, which provides a touch of freshness, of the raw. The sweet at the end of the meal is a nod to sugar, which scientists have discovered, is an ingredient that our brains are hardwired to appreciate.

One could prepare a diet based on the above principles, but there is a missing link.

Festival food is delicious also because it repeatedly switches on our memories; the tastes take us on a sensory journey through our experiences. Most of us have, at some point in our childhood, eaten dishes prepared for a puja or an Eid or for Christmas or some other festival. When we taste these dishes again in different decades of our lives, those memories are evoked, and enhance our experience of the dish.But it is a mystery, as a New Scientist article points, as to how this occurs because to remember a particular event, a specific sequence of neurons must fire at just the right time. For this to happen, neurons must be connected in a certain way by chemical junctions called synapses. The mystery is how these memories last over decades, given that proteins in the brain, including those that form synapses, are destroyed and replaced constantly.

Well, it turns out that it is not just our own memories being evoked here. Scientists tell us that our memories are stored in our DNA, which means that the memories we experience are also those of our forefathers. If our genetic code is written into the body, then physiologically, our bodies speak an ancient language. In my own case, not having onion and garlic based masalas in my food made me feel cleaner, lighter and fresher.When I first moved in with my husband, the cook used to prepare dals and vegetables with lots of oil and masalas. Even though it was tasty, I could not eat much of it. It felt like my pores had clogged up. I began losing weight. Now in hindsight, I see that it is because my genetic physiology came from a people whose concept of masala did not include garlic and onion. So in designing a balanced diet, the physiological lineage too has to be factored in. How insular have your forefathers been (think caste/sub- caste/sub-sub-caste arranged marriages) would determine how strong your physiological lineage is vis a vis particular types of food and cooking.

The way we react to festival food, much of which is grain based and has an ancient lineage, can then be explained by the fact that our body’s genetic code recognises and revels in the dishes of that era. It is no wonder that modern day tasting menus that focus on fusion food fail to replicate those memories.