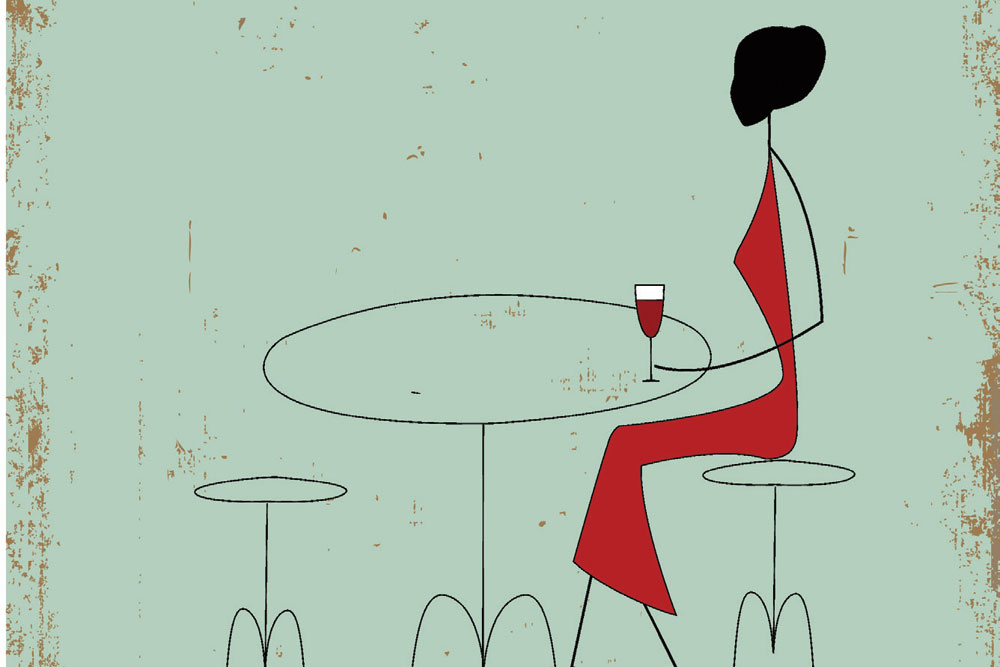 I REALLY DO ENJOY eating alone sometimes, and I plan to write about it, I told a friend. “Don’t you think it is a very peculiar thing to advocate, that too here in India?” she asked, in a tone one usually reserves for the crazies.

It did not strike me until then just how odd the concept of dining alone would sound in a country that has not yet abandoned a communal (in the dictionary sense) living mindset. A country where eating together is a sign of love, of family, of social bonding with the group, and where not eating with others is a sign of caste and religious hierarchy and exclusion. “There is no joy in eating alone,” said the Buddha, and that for most Indians is the definitive word on the subject.

Eating alone conjures up an image of a solitary, frowning creature reminiscent of the Hobbesian nasty and brutish variety. Or of a lone wolf. “We should look for someone to eat and drink with before looking for something to eat and drink, for dining alone is leading the life of a lion or a wolf,” said Epicurus. Eating with others evokes the happy Rousseauian gregarious soul, the noble savage, a free sprite giddy and burbling in like-minded company.

Well, I am neither a Hobbesian nor a Rousseauian creature, and I eat alone some of the time, by choice, and I enjoy it very much. A review of Geoff Dyer’s White Sands illuminated why I like doing so. The reviewer said the real action in Dyer’s travelogue is in the lively intercourse between Dyer’s mind and the outside world. For instance, Dyer writes: ‘‘Polynesia’ translates as ‘many islands’, all of which you wish you were on instead of the one you actually are on.’

That wish can be transposed to situations where you eat with others all the time. Families that dine together stay together is an oft-repeated phrase that fails to resonate with me. A dozen family members sitting around a table groaning under the weight of wine glasses, meats, cheeses, grapes and melons, and a grandfather raising a glass to toast success or happiness under a grapevine arbour on a sunny but cool afternoon looks great on TV or in a film but to do it every day… no, thank you. Studies, in fact, show that these days even if families sit together at the dining table, they are not dining with each other. Their presence is only physical but mentally they are elsewhere—checking emails and messages on their smartphones, posting pictures on Instagram, commenting on Facebook and Twitter. Even when we eat alone, we treat it as a secondary activity to watching TV, or cruising through social media networks. The social stigma attached to eating alone makes us long for company, and when that is missing, we turn to inanimate objects like the television or the phone to provide us with the illusion of company.

But society is right to insist that we don’t dine alone, you may say, pointing to some studies that the elderly eat lower-calorie food and eat less when they eat alone, and males among them are more likely to experience such nutritional deficiencies as compared to women. Other studies state that teenagers who eat with their families regularly are less likely to be overweight or nutritionally deficient as compared to those who ate alone.

Also, we can create memories by dining together, you say. The memory created in the act of eating and experiencing flavourful dishes acquires significance when you eat with a loved one, or when others enjoy the dish too. Or does it? After all, you can’t taste food through someone else’s palate. You can see and admire, but the experience of taste is truly your own, and truly idiosyncratic.

I am not advocating dining alone all the time. The experience of dining alone that I am referring to involves choosing to eat with yourself as the dinner guest, and having a civilised conversation, in your mind or aloud, with yourself. Research has found that if you eat alone regularly, not by choice, but because you have nobody to eat with, and you feel lonely, chances are you will have a higher fat-calorie intake per meal. But if you actively choose to have a solitary meal and treat yourself as an entertaining dinner companion, you are more likely to favour a healthy meal. The difference lies in making that choice in a conscious fashion.

If you actively choose to have a solitary meal and treat yourself as an entertaining dinner companion, you are more likely to favour healthy meal

Yet, we are afraid to do it, to eat with ourselves, and commune with our thoughts. Writing in 1936, Marjorie Hillis, in Live Alone and Like It: The Classic Guide for the Single Woman, puts her finger on the problem—it is hard to justify taking the effort to make meals for one. We don’t value ourselves. How many times have you heard statements such as ‘Oh, it is just me, so I eat anything I can find in the fridge’, or ‘Why bother to cook just for one person’, and so on. While it is true that after a long day in the office, the last thing you may want to do is cook a fresh meal, nevertheless, it is important, I think, to make the effort.

Eating alone by yourself may be difficult, especially for those who also live alone. Yet, it needn’t be. As Marjorie Hillis says, ‘Too much fuss is made over the drudgery of getting three meals a day—a fairly simple process that has been mastered by all sorts of brains the world over for a good many years.’ Follow her ‘hardboiled’ advice: ‘If you come to a stretch when you have to get all the meals and get them as inexpensively as possible besides, make this little chore your hobby and do it with an air. Nothing can be duller (both in the getting and in the eating) than uninteresting food on a drab table. The trick is to have a little real knowledge about food and service, to put imagination into your meals, and to organize the time you spend on them.’ It is about sitting comfortably with a plate of your favourite kebabs or pasta or salad at a small table in your study or dining room or balcony, gazing at the sky or your plants or a painting. Even better, abandon the tracksuit or whatever you wear at home, and dress for the company you want, not the solitude you have, perhaps even in a trailing negligee and a frou-frou as recommended by Hillis.

This solitary diner is a far cry from the sad person in Bridget Jones’s Diary who doesn’t have a plus one. Banish thoughts such as nobody wants to be with you, everyone else is happy and has found love, that they pity you, and so on. These fears are about how others perceive you. But how do you think about yourself? Eating alone brings to the fore how you perceive yourself, and the value you ascribe to yourself.

Eating alone is like travelling alone (which I like too). Yes, there are times when you long for company, especially when you see happy families at adjoining tables until you realise they are wearing the same fixed expressions you have seen in those dappled courtyards around the table groaning under the weight of plump grapes, steaming meats and bowls of salad.

As for eating alone in public, that too for a woman, it is not just a societal but also a self-inflicted taboo. Lunch is not so bad, but dinner alone for a woman, even in cosmopolitan cities like Delhi and Mumbai, is not for the faint-hearted. Solo women- diners often find themselves stared at or patronised, while solo male diners are given the civil inattention that accompanies societal permission. The problem is that as a woman, when you sit alone at a table and observe your fellow guests, you are perceived as lonely and actively seeking strangers to join you. The same behaviour in a solo male diner is interpreted correctly and tolerated.

But by choosing to eat alone in a public space such as a restaurant, you lay claim to belonging in that space, and enhance your sense of agency. By allowing social taboos to restrict our behaviour, we also lose our sense of personal agency.

Let me list some of the pleasures of eating alone: One, you need not pretend to live on salads or vegan or whatever diet you claim to follow in company; you can eat what you want. Two, you don’t have to talk or make conversation or listen to someone else’s chatter (or worse still, negative chatter). Three, you can, as MFK Fisher points out, reconnect with food.

Lay the table, use good quality china, pour yourself a glass of wine or beer or cold water, keep a vase of flowers from your balcony garden, dress up, perhaps some music, light a candle or two, arrange the food on the table or on your plate, and then sit down. Don’t get up again until the end of the meal. Gaze, smell, taste, savour. Chew slowly, imbibe in sips. Try it and see how you feel. Perhaps you will feel like the Roman epicure Lucullus who told his cook to pay special attention to the dinner when he dined alone. “At such times you must remember,” he said, “that Lucullus dines with Lucullus.” 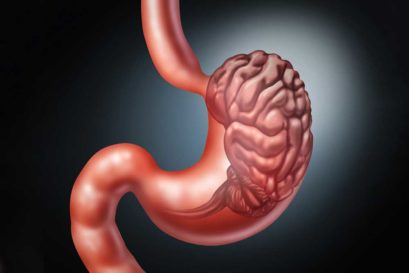 What happens when you eat chocolate fondant