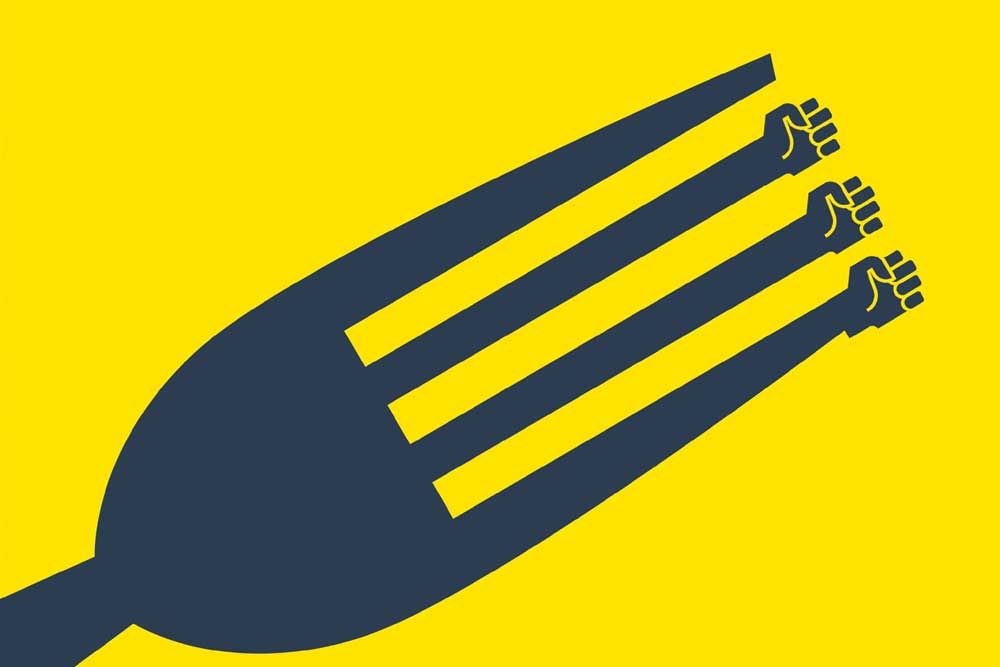 WE, IN INDIA, have to be thankful to bread and lemonade for catalysing revolutionary sentiments. We have all heard the story of how revolutionaries communicated through messages hidden in naans and chapatis during the 1857 war of independence. We also know that the trigger for the revolution was the use of pig and cow fat in the grease that encased every Enfield bullet. But few of us, me included, know how important bread and lemonade were in stoking rebellion among the 19th century youth of Bengal. Nabinchandra Sen (1847-1909) says in his autobiography that the primary force that made him a Brahma Samaji was bread, because Brahmos had no restriction on its consumption.

‘There was no need of any more logic for a glutton like me to realize or digest the glory of Brahmaism and its truth. Since I came to the city from the village, I believe this great circular thing called bread as the sacred fruit of immortality in the Kali Age.’

Bipin Chandra Pal (1857-1927) narrates a similar incident pertaining to lemonade, translated in an article on a historical overview of the Bengali platter in Sahapedia. Lemonade was produced and sold by Muslims, and hence it was taboo for Hindus to drink it because it could ruin their caste status. But Pal did it anyway and was thrashed by his father. A few weeks later, Pal fell seriously ill, and the doctor suggested lemonade as medicine.

‘Now to have revenge on my father, I turned my face and resolved amidst a room full of people not to have water touched by a Muslim. My father said that it was alright. There was no ritual restriction on medicine… medicine itself is Narayana. After a lot of pampering like this, making a lot of fuss, at last I had the Muslim made lemonade from my father’s own hand.’

From these two stories, it is clear that that one can transgress ritual boundaries connected with food for considerations of pleasure, or for rebellion, or for medical reasons. All three reasons, ironically, do not produce guilt in the transgressor. And of the three, pleasure and rebellion are intimately linked, as is evident from another story by Pal. He had a cousin who initiated Pal and other boys to the forbidden foods: bread and biscuits. On the pretext of buying flour to make the paste to bind their notebooks, Pal and his friends would enter the shop selling bread. He writes: ‘We would bring hot bread and biscuits inside our shirt pockets or inside our dhotis, and at night, after our guardians slept, we would bring these out… In this way, even while staying at Sylhet, my binding consideration of religion and caste were internally totally broken.’

The forbidden quality bestowed on it by ritual and religion had enhanced the deliciousness of the bread, which then strengthened the resolve to rebel, thus weakening the bonds of religion and caste.

Transgressions through the food motif also highlight the form of modernity that Indian nationalists opted for in the 19th century. Vivekananda, for instance, represented the ‘Indian’ tradition against the European modern—admonishing Hindus to refrain from eating beef; while Nabinchandra Sen and Bipin Chandra Pal imitated the Western concept of modernity in their lifestyle and eating habits. Another Brahmo Samaji, Rajnarayan Basu said he consumed brandy in his college days as an emblem of progress and civilisation. He also ate biscuits as a protest against casteism because the bread and biscuit industry was run by lower castes and Muslims in Bengal.

One can transgress ritual boundaries connected with food for pleasure, rebellion or medical reasons. All three, ironically, do not produce guilt in the transgressor

Vivekananda wanted to rally the majority religious group of Hindus against British colonialists by appealing to precisely those taboos—against eating beef—that all Hindus adhered to, while Brahmo Samaj nationalists wanted to create a ‘modern Indian’ by challenging caste and Hindu ritual purity demands that forbade them to eat the produce of a Muslim. While the former shored up a taboo by associating it with a bigger cause, the latter broke the taboo, also by allying the act with a larger cause of creating a non-traditionally-hidebound Indian, while devouring delicious bread and biscuits washed down with lemonade. I know which group would have had my allegiance.

Nabinchandra Sen had seen bread before in his village. He writes: ‘Harachandra Ray, the leading zemindar of my native place, used to treat his friends every winter to a feast of bread made by Brahmins. Fearing that the boys may renounce their religion after tasting this rare item, he did not allow us to join the feast. Harachandra Ray made the same mistake the Biblical God made and the normative text writers make. Had God not prohibited the fruit of the Tree of Wisdom, had the author of the normative texts allowed the Hindus to eat bread and chicken, had Harachandra Ray let me taste that Brahmin made bread even once, then I would not have become a Brahmo and fallen from the Hinduism of the Bangabasi just for the sake of bread.’

But the zamindar and Vivekananda had fathomed something that studies on taboos and eating patterns have only recently highlighted. If you are exposed to a tabooed dish (such as the scent of freshly baked bread), then the prohibition may backfire and increase the chances that you will flout the taboo. The study had tested two groups; one group was absolutely forbidden to eat their favourite snack while the second group had no such instructions. Both groups were exposed to the snack during the 24 hour period of the study. After the period ended, the ‘forbidden’ group gorged on the snack while the second one showed more restraint. By this logic, Harachandra Ray ought not to have even served the Brahmin-made bread to his friends who included Nabinchandra’s father, because by doing so, he had created a mouthwatering vision for Nabinchandra. In contrast, by allowing, and even exhorting Hindus to eat other meats, Vivekananda reduced their temptation to transgress with beef.

A transgression connected to food induces guilt only when our goal is affected by our action. Let me explain. If you want to lose weight, and you value that goal more than the momentary pleasure you get out of eating a macaroon or a chocolate molten lava cake oozing with dark chocolate, you will feel guilty. Or if you are an observant Jew, you will heed the prohibition not to mix meat with milk. In fact, the Old Testament devotes most of The Book of Leviticus to listing blasphemous dishes. On the other hand, if you are not religious, and do not value the taboos associated with eating beef or pork, you will eat steak or pork chops without experiencing guilt. If you were a non-Catholic in the 1600s living in Inquisition Spain and wanted to survive, you would refrain from cooking Jewish cuisine with meat, onions, chickpeas, spices all crushed associated with heretics for fear of the food police who roamed the streets sniffing for heretic cooking. Oil was considered proof of heresy and would despatch you off to be burnt at the stake. You would use these ingredients in fear, but not with guilt.

One cannot end a discourse on transgressions without discussing aphrodisiacs, which Vicki León explores in The Joy of Sexus: Lust, Love, and Longing in the Ancient World. She writes that the Ancients set store by a wide spectrum of aphrodisiacs, some still in hopeful use today, including raw oysters, the fleshy symbol of the goddess Aphrodite (Venus among the Romans). ‘Aphrodite emerged from the foamy crest of ocean waves, which the Greeks saw as a type of marine semen. These pioneers on the frontiers of sexual virility wandered far beyond oysters, however. Pomegranate juice from Aphrodite’s favorite tree, mixed with wine, scored high with ancient Egyptians and other males in the Middle East. So did lettuce. Although toxic, mandrake root was an evergreen. So was opium as a wine additive.The symbolic cherry, and ‘popping’ thereof, refers to the hymen and should lose its place in the dictionary of slang with haste.’

In order to maintain sexual vigour, Greek and Roman male diners were careful to combine lettuce with aphrodisiacally active arugula to neutralise it. Or just avoid lettuce like the plague, except if you were an Egyptian male (who would have considered lettuce as highly lascivious).

Closer home, milk, sugar and honey are, according to the Kamasutra, super-aphrodisiacs. Ah, so that’s why Hindi films show the bride awaiting the groom, holding a glass of milk in a quivering hand. What is less comprehensible is that the Vajikarana branch of Ayurveda says that panchamritam, a mixture made of milk, yoghurt, sugar, honey and butter, is supposed to increase fertility and stamina. The puzzling thing is that panchamritam is given as prasadam in temples. Are we meant to interpret it as a divine command to engage in the act of procreation?

Now that the social norms are not as binding in urban India, we transgress more for pleasure, and that reduces the guilt. At a wedding feast last week, I was chatting with a Gujarati senior advocate. The waiter came by with a platter of wasabi prawns, and another one joined him with chicken in jalapeno juice. The lawyer dived in. “Aren’t you a vegetarian?” I enquired. “I am a foodie,” he said, examining the succulent morsels with delight.