In the Garden of Earthly Delights

In pursuit of the perfect body and mind, we forget to feed the soul 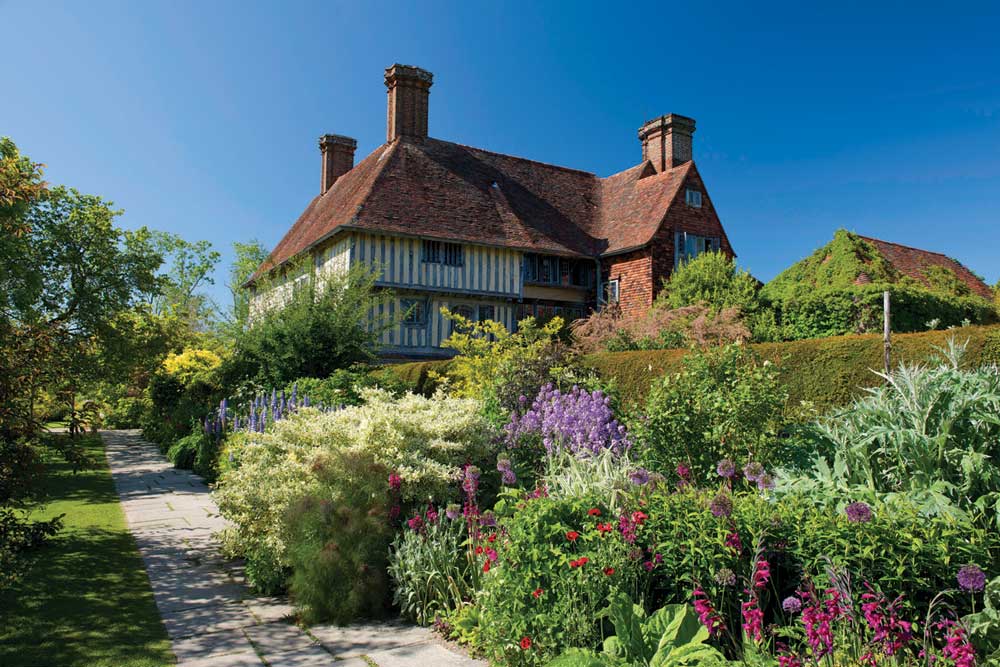 LUCIANO GIUBBILEI, a garden designer who had won his second gold medal at the prestigious Chelsea Flower Show, suddenly found that he no longer felt challenged. In The Art of Making Gardens, he writes: ‘I was proud of the designs… but I felt that these gardens lacked authenticity… In the gardens I dreamed of making, nothing I could envisage seemed quite right, and I didn’t know which path to take.’ That’s when he met Sir Paul Smith who asked him: what did he want people to remember from his garden designs? In other words, what was the mark-making thing or things— those that we experience in a visceral way—in the designs? For mark-making to occur, ‘the experience does not necessarily require a single moment of high drama. If the atmosphere of a place is perfect, for example, an awareness of that seeps into our consciousness and leaves a permanent imprint there’. To rejuvenate the potential for mark-making in himself, Luciano decided to spend some time at Great Dixter, the 2.5 hectare garden in East Sussex designed in the early 20th century by Edwin Lutyens, and the home of the late Christopher Lloyd (the gardener of gardeners). He did this to reflect, to get his hands in the soil, to experience the passing of the seasons and the feeling of being in a working garden. In going to Great Dixter a few days a month, and tending to a border, and thinking of the way in which flowering and foliage plants mingled and connected with the passage of time and seasons, he began to find answers and more questions. How can one make something that has impact but feels humble? That has quality but not status? Which are the materials? Which are the plants? How can one make the garden feel muted, calm, silent, almost black and white? ‘It’s a humble, a more considered approach, one that Great Dixter has been instrumental in instilling in me.’ What Luciano was trying to develop and experience was a sense of mindfulness, of a being here and now, from which creativity flows.

In our obsession with the perfect body and/or the mind, we tend to neglect feeding our soul. We all know that self doubt, judgement, fear, anger and hatred are unhealthy foods for the soul. Healthy food, on the other hand, involves evoking gratitude, appreciation, self love and love of others, laughter, joy, and mindfulness.

Mindfulness is what I want to cultivate this year. Gardening, I think, helps one do this. Biologist David Haskell treated a one square metre patch in an old Tennessee forest as a mandala, a symbolic picture of the forest. Visiting it almost daily for a year, he observed the flora and fauna’s path through the seasons, which he vividly brings to life in The Forest Unseen.

The imagination can only lay hold of that which is absent, said Proust. Gardening triggers and nurtures this type of seeing. There is a rhythm to the tasks of gardening—pluck the yellowing leaves on a rose plant, spray neem oil and soap mix to keep the aphids and other pests at bay, water the plants, give them a daily shower in the summer heat, mulch once a week, and feed them a weekly dosage of NPK fertiliser, and so on. All these activities create the rhythm that cocoons the mind and allows it to dream.

The imagination traffics not in the data of our senses but in the memories and dreams and desires (Michael Pollan). For some, distillation, not recreation of nature is the goal. In Sakuteiki, a gardening journal published in the 10th century in Japan, the purist Japanese of the Heian period saw the garden as a work of art that extracted a certain aesthetic essence from nature. Others dream of recreating a garden they have viewed in a magazine or a book. Dreams, by their nature, tend to be grandiose. We create a Versailles or a cottage garden in our imagination when all we have access to is a balcony or a ledge. But I say, dream big, and create it in whatever scale you choose.

The reason why a garden is uniquely placed to nurture the soul is because it has, as Pollan says, a quality of doubleness. A garden is simultaneously a real place and a representation. Each time you view your garden, you are also comparing it to the image in your mind’s eye.

Luciano Giubbilei decided to spend some time at Great Dixter to reflect, to get his hands in the soil, to experience the passing of the seasons and the feeling of being in working garden

IN MY BALCONIES, I wanted a container version of the white garden of Vita Sackville-West’s Sissinghurst. Pots in symmetrical arrangements. Square, round, oval shaped pots with gorgeous Japanese maple trees, peach trees laden with blossoms, white roses spilling out of urns, a weeping standard with the white sea foam rose and underplanted with bluebells and alyssum.

When Vita Sackville-West created the white garden in Sissinghurst castle, abundance, flowering bushes, and a monochrome colour scheme were the defining features. Cram cram cram every chink and cranny, she wrote on May 15th, 1955. Lavish garden. Generosity. Always exaggerate rather than stint. Her husband, Henry Nicholson, created the backbone, the structural element without which any garden would collapse into a shapeless mess. Husbands (of the English variety) seem to do this. Another avid gardener, Margery Fish writes in her book that her husband, Walter Fish (the editor of the Daily Mail in the 1930s and 40s) had taught her that one mustn’t rely on flowers to make the garden attractive. A good bone structure must come first, with an intelligent use of evergreen plants so that the garden is always clothed no matter what time of the year. The aim of all gardeners should be a garden that is always presentable. But to achieve this requires a lot of thought, a lot of work, but it can be done, she says. How true.

First you have figure out the colours and shapes in your imaginary garden. Then you have to find the plants that match that paradise. For the backbone, you need perennials (hardy shrubs that survive and bloom year after year), not seasonal plants. This is where the weather provides the reality check. I began with bougainvillea since I have always liked their vivid colours and their readiness to bloom in subtropical Delhi’s boiling summers. Trotted off to Sunder nursery, the oldest government plant nursery, to purchase a potted ten-year-old bougainvillea with off-white and deep pink flowers perched like a cloud of butterflies on the ends of gnarled branches. The next flower in my imaginary garden was the hibiscus—it is again another perennial that blooms vividly in the heat and always reminds me of the sea, beaches, and fragrant gardens in Bali (don’t ask me why since I have never been to Bali). I picked up many colours and varieties, but realised that these plants came with other admirers, namely aphids. Black ants liked to harvest these aphids, and ladybirds liked to eat these aphids. I discovered a whole ecosystem around the hibiscus, and on many a summer morning, I found myself picking up ladybirds and depositing them on the aphid infested stems.

But my garden lacked the fragrance of my imaginary one. So I looked to roses. Nobody told me that the rose would ensnare me to such an extent that I would research on the net about transforming the ph level of the soil from neutral to acidic. Alexander’s Issie, David Austin’s roses, I would mumble in my dreams, according to my husband, who was forced to cart a carton of rose plants from a rosarian nursery in Bangalore. By now, the weather had improved, and the roses (at least those that had not succumbed to dieback disease) obliged with heavenly scented blooms.

But the backbone was missing. Until a friend suggested that I incorporate some natural elements—a stone or a tree. I did both. I rushed off to Sunder nursery and showed the gardeners a photo of a desiccated tree with branches. Come with me, said the gardener. We walked on a path towards a set of huts. “See.” It was perfect. A teakwood-coloured branch with a brick stuck in a groove. A natural and a manmade element. I subsequently found two rocks for the base, each a little larger than a wrestler’s skull, and pitted in an interesting ‘I have spent centuries being lashed by rain’ way.

Through the quest, the adventures, the questions and my choices, it would not surprise me if I were developing the quality of mindfulness. To observe, spend each moment in that moment, to notice, to cut down the drift in one’s life. I have begun to notice what I observe. While driving over a flyover I see large white plastic pots containing flowering bougainvillaea, the dramatic fan shaped ferns lounging outside the bungalows of Lutyen’s Delhi, and the purple flush of jacaranda flowers in the roundabouts.

In the garden at least, if in no other part of our lives, we can dream a future, says gardening correspondent Anna Pavord. So dream on and feed your soul.