The Power of Truth 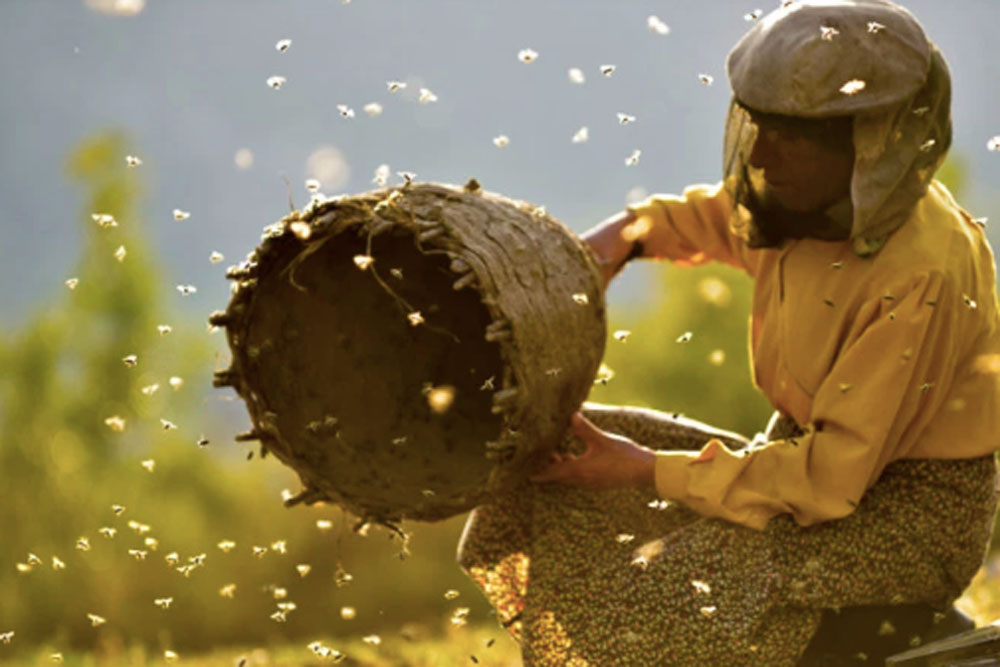 This was the most loved film at the Sundance Film festival and many others around the globe this year, and with good reason. Honeyland falls like a ray of sunshine on any cinephile who has been fortunate enough to catch the film. Set in a breathtaking remote village in northern Europe, this is supposed to be a documentary about a lady named Hatidze who is one of the world’s last keepers of wild honeybees. She lives her life between tending to the bees (extracting just enough honey for herself and leaving the rest for them) and taking care of her very frail mother. However, for the way her story has been told, it’s almost impossible to believe that the events occurring in her life are not part of an already written screenplay. The film feels so fictionalised that after a point one tends to forget what is being shown is real. Away from the noise of the big city, soaking in the golden sun, Hatizde begins every morning climbing on top of the nearest cliff, paying a visit to her bees. She extracts some of the honey, and let’s them go back to their peaceful bee haven. She shares a relationship with them, one of friendship and compassion and speaks about the bees almost as though they were human themselves. She’s sensitive to their needs, and never destructive of the nature that houses them. Her world is taken apart when a cow-herder with seven children, his wife and 150 cows move into the home next to hers. Hatizde’s silent, serene life is disturbed to the extent that she starts feeling threatened within her own environment. Shot for over three years, capturing the chaos that Hatizde is trying to combat, the film makes a strong point about conservation of animals and preservation of their homes. The filmmakers never intrude the life they are capturing, and the camera almost stands like a silent observer chronicling a very unique life of someone who has dedicated herself to the environment, one that’s impossible to witness in the everyday world that we thrive. Honeyland is unmissable, and is touted to bag at least a couple of awards at the festival. 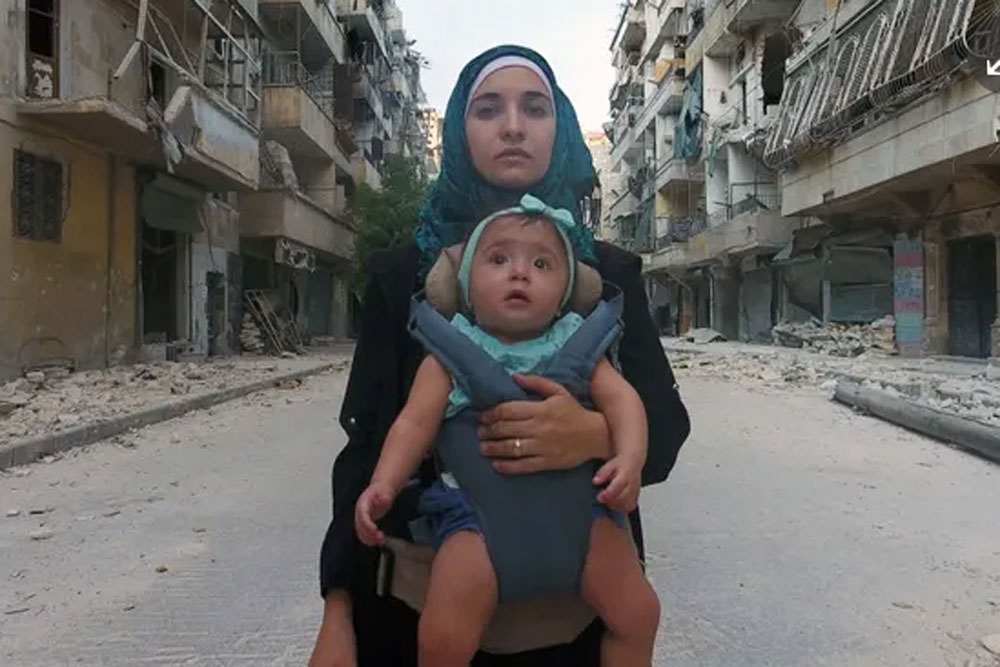 For Sama is not just a documentary film. It’s a letter penned down by director Waad Al-Kateab to her little girl Sama who was born in 2016 in war-ridden Syria. Waad moved to Syria several years ago, and joined the people of the country in their daily suffering, fears and struggle to survive. She meets a young medic Hamza who is as determined to help the people of Syria as she is. They fall in love and she gives birth to a beautiful baby girl who they call Sama. The film juggles between Waad’s life before she decided to stay in Syria for good, and her life after her baby is born. She speaks to her girl throughout the film, explaining her decision to stay in such a volatile environment, even when she had the option to leave. The film depicts the brutality of war in Syria without censoring it, and with the aim to let the world know what is going on. We see smoke-filled hospitals, terrified children, countless bombed down buildings and debris, helpless families just hoping for a miracle, volunteers who have sacrificed their normal life to be able to serve the victims of war, and so much more. It’s not an easy watch, as Waad takes us very close to the pain-ridden lives of people who have lost family members, homes and some even their own body parts, and asks them to describe their experiences and their grief. At one point, you see a pregnant mother with broken limbs taken to the hospital where her child is delivered under extremely crucial circumstances. The filmmakers capture this steadfastly, without fear, determined to highlight the atrocities in Aleppo town of Syria. Waad’s relationship with her little girl who is too young to make sense of the grief and turmoil around, adds soul to the narrative. This unique juxtaposition of a personal tale depicting a highly unfair political situation, makes For Sama the boldest, most important films I’ve watched at the festival. 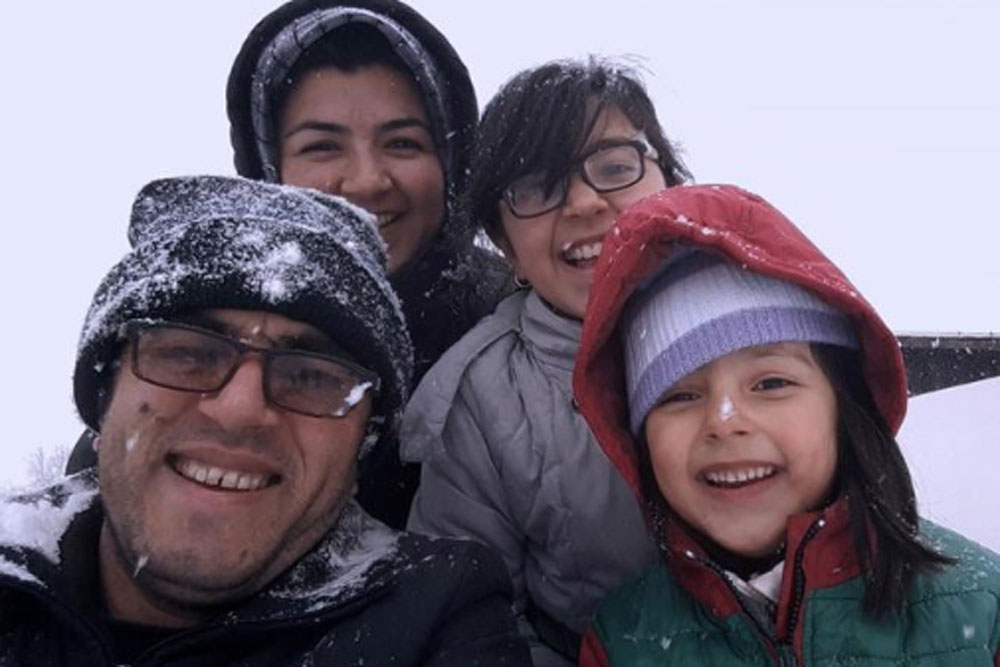 Afghani filmmaker Hassan Fazili has been ordered to be executed by the Taliban. He once made a film called Peace in Afghanistan (2015) about a Taliban leader who was killed by the group, and it was declared that Fazili shouldn’t be spared either. The year is 2016 and Fazili has to flee his own country with his two young daughters Nargis and Zara, and wife Fatima. Midnight Traveler is a harsh yet beautiful film where the Fazili family captures their own journey from Tajikistan into the European Union over three years. They travel on foot, by road, sleep in forests, are transferred from one refugee camp to another and spend over four years in exile. While we are made aware of the predicament of this family who are set on a journey to find their new home and identities, what keeps them going and alive through the journey is the fact that they are documenting this very film. Through the process, Fazili’s lovely daughters who support their mom and dad no matter how difficult the situation is, render heart and soul to the film. They play with snow, teach their mother to ride a bike, dance on Michael Jackson songs and do everything to possibly retain some normalcy in their lives. Conversations between them range from if the daughters are expected to wear a hijab, and if they will ever see their friends back home again. In one beautiful scene, Naris declares that she won’t ever wear the hijab and it was nobody’s business to ask her to do so. Her mother approves and gives a big hug. Hassan Fazili himself broke away from a very traditional family of Maulvis and now he hopes to bring up his girls in a world that’s fair, and one that will help them be independent and empowered. Midnight Traveler was shot entirely on three mobile phones and the family is still unclear if they will have a permanent home in the European Union. However, Fazili continues to hope for the best, and is happy that the world gets to know their story through this documentary. 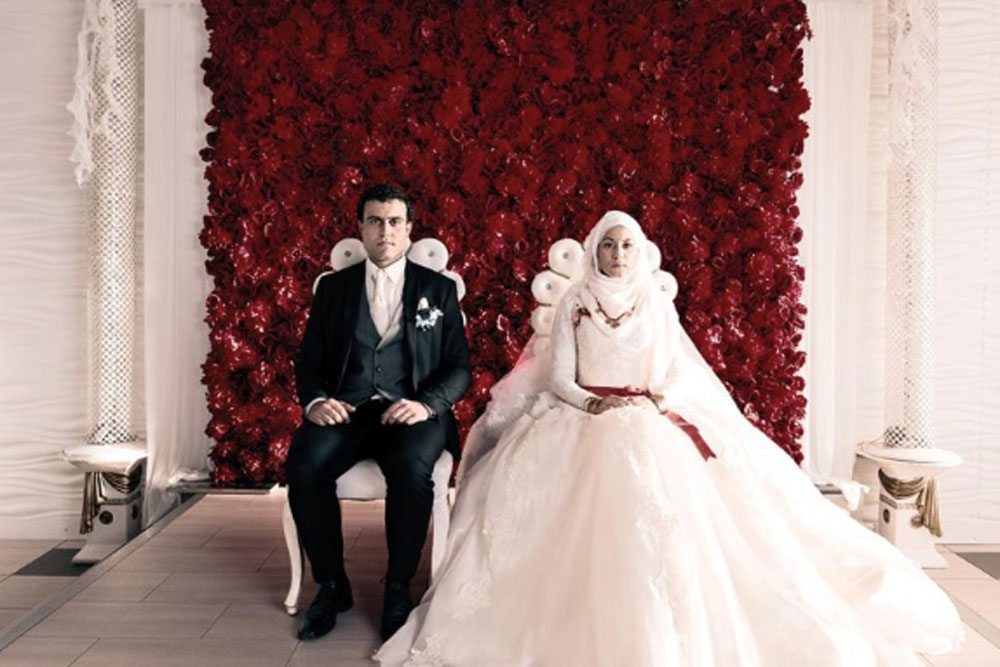 Here’s a film based on real-life honour killing of a Kurdish woman in Berlin by her own brother. As a 16-year-old, Hatun Aynur was forced into an arranged marriage in Istanbul by her very traditional Muslim family. She was abused in the relationship and eventually she leaves her home and flees to Berlin, despite the fact that she was pregnant with her first baby. She attempts to start afresh, but is mercilessly murdered by her own brother who hunts her down. You could have watched this film with some amount of detachment had it not been a real event. But from the very first few scenes, director Sherry Hormann throws us into the mind of Hatun Aynur, who is now speaking to us from the grave. There is always a fine line between facts and fiction when a real and shocking story as this is depicted on screen. But A Regular Woman very consciously speaks to the audience through the voice of a dead girl and asks them questions about the ways of the world. Girls being locked up, forced, beaten and even killed in the name of tradition and upholding family prestige still exists in many parts of the world, and the film asks us is it not high time something is done about it. The drama in the film is never overt or manipulative, but seems almost too close to the truth. Wearing a headscarf isn’t permissible to her anymore and she is keen on living life her own way. In what world is having a life of your own and a lover of your choice punishable, some of us may think. The filmmaker talks about freedom of expression, and how too many parts of the world have suppressed female victims who bear the brunt of archaic, pointless traditions and extremism. A Regular Woman is yet another wake-up call into the reality of many girls across the globe and a film that should be seen.

Moment of the Day: When an audience member started to perform the tango during Two Pops to express his love for the film and how beautifully they portrayed the character of Argentinian priest Cardinal Bergoglio. The film has been directed by legendary filmmaker Fernando Meirelles.