Popular names in international cinema like Pedro Almodóvar, Scarlett Johansson and Fernando Meirelles took away all attention on Day 3 of MAMI 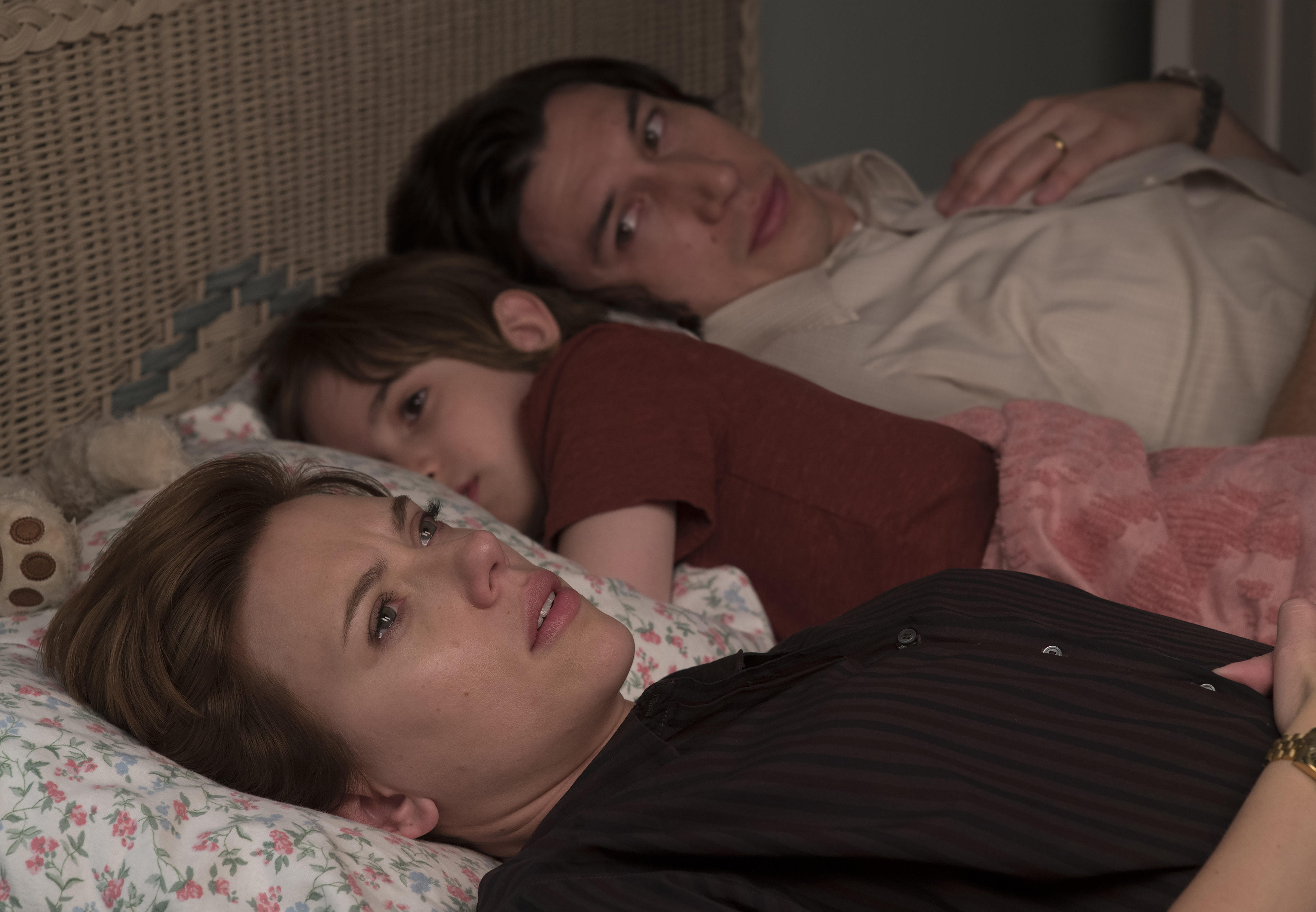 Marriage Story has probably been on the watch list of every single festival buff here at MAMI. The film stars Scarlett Johansson, and that alone was reason enough to set super high standards for it.The film begins with a voice over narration of two letters. One with the husband describing his wife’s idiosyncrasies, and the other where the wife does the same. He narrates how she forgets to close the kitchen cabinets at home, but is an excellent mom who turns into a kid with her own kid. She talks about his quality of being so very inclusive in his place of work, and how she falls in love with him within two seconds of seeing him. Sadly, this is happening on the couch of a marriage mediator who had coaxed them to write down why they chose each other in the first place. Marriage story is real, and doesn’t try to be subtle about the real problems in a marriage. The power struggle between two people who decide to spend their lives together exists within every relationship, and this film has that struggle right to the brim. The protagonists are less husband and wife for us, and more the parents of a 10-year-old son who they love to death. In a beautiful moment one night, our protagonists Nicole and Charlie with their little son fix a sliding gate, and shut it together, that eventually builds a wall between the two of them. The heartbreak of a dying relationship comes through wonderfully in some chosen moments as this in the film. Marriage story is verbose, where the characters are allowed to throw their frustration onto the audience through words, till they catch a breath and then stay in silence. At one point, Nicole says, ‘Marriage is everything about everything.’ The powerhouse performances by Johanns son and Adam Driver make every bit of this film worth watching and I think we finally have a successor for the superb Revolutionary Road by director Sam Mendes that has been among the best stories about a rocky marriage ever told. 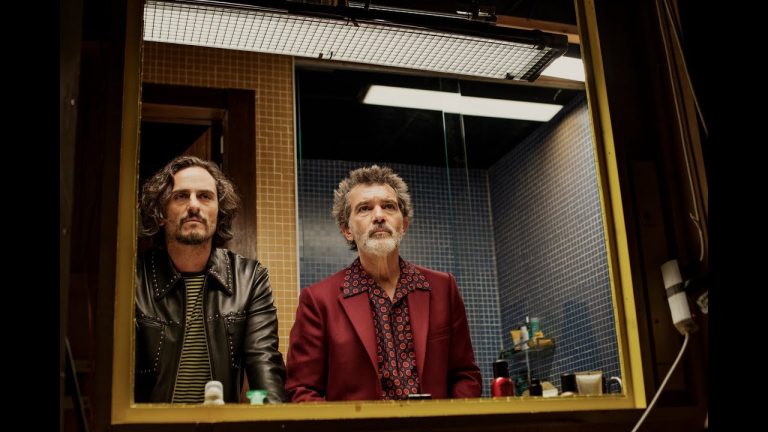 For a filmmaker who has given us emotionally daunting films Volver, Broken Embraces and Talk to Her,this one is Almodóvar’s comeback to his own cinema. He has created Pain and Glory not just as a tribute to Spain’s legendary cinematic culture, but also as an acknowledgment to his own struggles in a film career that spans over 25 years. In the film the protagonist Salvadar Malois a filmmaker himself, albeit on a physical and professional decline. The story spans over years where we see alo as a young man in love, his struggles with his expression and his eventual heartbreak that changes his life. His only therapy is the stories he writes. He pours all his pain into fictional tales that he then breathes life into on screen. However, there’s a void that doesn’t allow him to make films the way he wants to and that struggle is a much bigger one than his own heartbreak. Like all of Almodóvar’s films, Pain and Glory(literally the story of a famous man dealing with his pain), is both vivid and raw in the way it explores Malo’s emotional state and how it affects all the relationships in his life. He’s not a character you will fall in love with but his life journey, that’s so full of adventure and drama, is something you want to observe and almost touch as a viewer. Pain and Glory stars the wonderful Penelope Cruz who has been an inseparable part of Almodóvar’s works, and if you’re in the mood for a semi-autobiographical story that is as much alive on screen as it would have been off it, this one is for you. 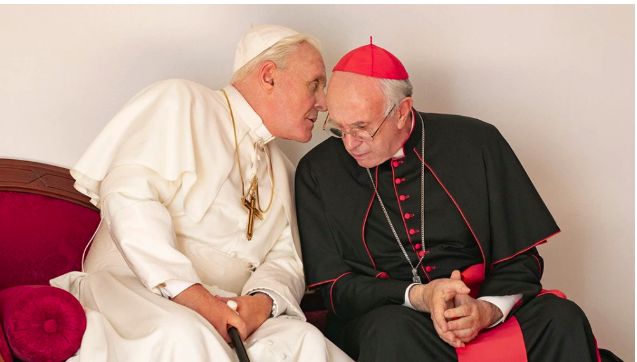 Anyone who is familiar with writer and director Fernando Meirelles’ work is a fan for life. The man gave us City of God, a film that doesn’t really leave your consciousness no matter how long ago you’ve seen it. His latest film Two Popes that has been among the most anticipated films at the festival this year, has also ended up being the most loved, till now. Fernando jumps into new, unchartered territory with his subject matter this time—the Roman Church and what goes on within. Actors Anthony Hopkins and Jonathan Pryce own the screen as two popes with vastly varied ideologies, getting along through a hoard of deliberations on what really the role of the church is. Pope Benedict (Hopkins) believes that the church ought to be stringent and more traditional for the world to progress and Cardinal Bergoglio (Jonathan) believes in breaking ruthless rules of the church and actually serving humanity rather than binding it. Behind Vatican walls, a struggle commences between both tradition and progress, guilt and forgiveness, as these two very different men confront elements from their pasts in order to find common ground and forge a future for a billion followers around the world. The film is an absolute joyride, despite the two central characters’ seriously confrontational nature, and manages to raise some very strong points about age-old hackneyed traditions and mindsets within the Vatican. It’s unmissable and for those who haven’t managed to dodge the crowds, the film releases on Netflix later this year!

There are many films made on the Cuban revolution and Fidel Castro’s fight to freedom, but the Wasp Network is perhaps among the most humane of them all. The film opens with Rene Gonzalez, a Cuban pilot kissing his daughter goodbye before leaving for work on a regular morning. Cut to him stealing a private airplane and flying off to Miami, a state where hundreds of Cubans have taken refuge against the then regime. The man who we now think off as a traitor, someone who went against his own country, is actually a spy part of a network that’s fighting hard to keep militant organisations from attacking Fidel Castro’s regime. Based on a true story, Wasp Network very realistically portrays a clash of ideologies and the struggles of individuals who fought to keep the socialist structure and peace alive in Cuba. The film seamlessly jumps time lines, goes back and forth between Cuba and south Florida, two countries whose geographic boundaries define counter-terrorist activities, drug peddling and political influencers highlighted through the film. It’s sharp and glossy in its visualisation of Cuba in the 1990sand leaves it up to you to decide which side you’re on. It’s lengthy and requires some serious interest in the politics of Castro to understand the climactic points and challenges his government faced. But with Pablo Escobar (Aka Narcos) occupying the mind space of most digital buffs off late, the Wasp Network enjoyed a thorough audience at the festival.

Moment of the day: When South Indian actress and Kerala superstar Manju Warrier was seen patiently waiting for her car outside a cinema hall, unperturbed about not being recognised by the Bombay film fanatics. She was here to support her best friend Geetu Mohandas’ film Moothon and seemed absolutely thrilled about it.