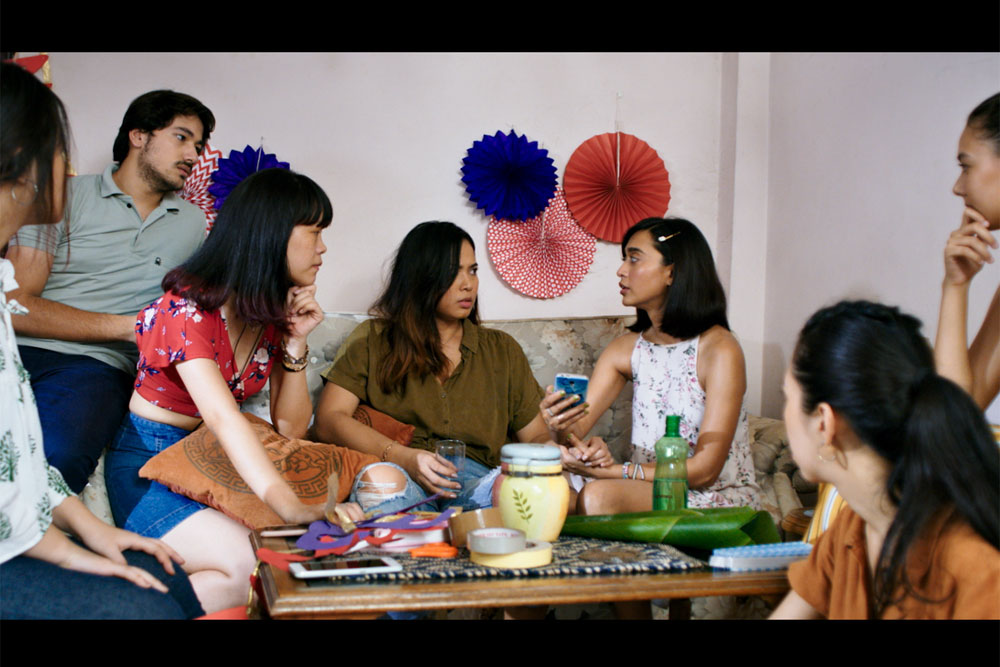 This film about a group of Northeast Indian youngsters sharing their lives in Delhi addresses a lot of things. Our struggle with identities, our prejudices, our fears, our biases against communities and our comfort zones that we usually thrive in. The group, planning to cook a special Northeastern dish called Axone for their bestie’s wedding is ostracised from their home and the society that they live in, just because the dish smells ‘bad’. Director Nicholas Kharkongor uses a seemingly minor conflict, to highlight how Delhi which is almost like a second home for working Northeast Indians, isn’t devoid of stereotyping a community that is very much part of our own country. What’s brilliant is that Nicholas doesn’t engage into being self-indulgent.Through the individual problems of his characters he brings out the fact that ‘fitting-in’ is a personal conflict, be it any community. Here we see a Nepali girl trying to fit in with a gang of Northeasterners, a Manipuri girl speaking in an American accent so she gets a job, a Delhi boy desperate for a Northeastern girlfriend, a girl from Nagaland working towards being an IAS officer, among others. Nicholas takes a very objective stance towards his own community of people and the issues they face, without treating them as victims. The film is humorous and never really takes its subject so seriously that it sounds preachy. Yet every character dealing with the need for inclusiveness in some way grabs your attention and makes a strong point about how we could do with less people-bashing, and more sensitivity among our fellow humans in society. The film hence also acts as an absolutely fitting tribute to the Northeastern traditions and culture most of us are still unaware of. 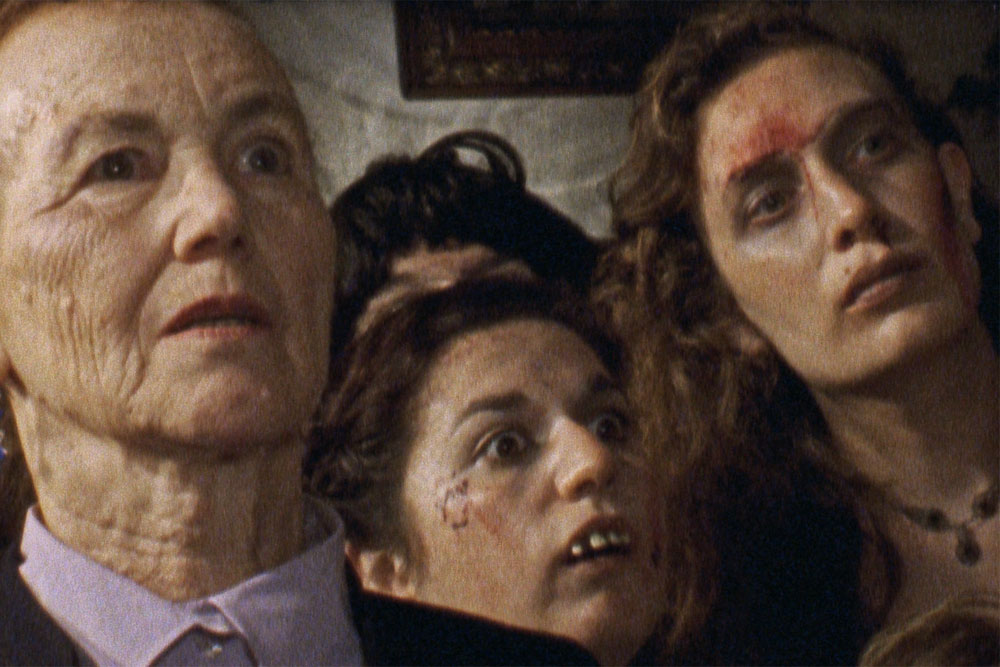 To be honest, this film isn’t for anyone looking to experience simple narrative cinema with a start, middle and an end. Die Kinder Der Toten is experimental from the word go and will most likely be only one of its kind to be made across the globe. Adapted from Nobel laureate ElfriedeJelinek’s epic novel, this a silent film treated with text that act as dialogue, like it did in most of Charlie Chaplin and other silent filmmakers’ works. However, Die Kinder… is not for a minute funny, but sarcastic enough to poke fun at the world we live in today. The film follows a parameter that lies somewhere between life and death, with characters that include a Nazi widow, a suicidal forester and a group of Syrian poets. The narrative flows scene-wise as opposed to it having a real story, but it exhibits an extreme world where discrimination seeped into our very skin. For instance, the group of Syrian poets go from person to person looking for food through the film, but aren’t because the women are wearing hijabs and the general political state of where they hail from. At one point in the film, a group of Dutch tourists look at one of them from a bus and feel a whole lot of sympathy, but also say, “Don’t let her in.” The film is not trying to make its message simple for the viewer, but build a world where the viewer feels increasingly uncomfortable about the world he/she is living in. 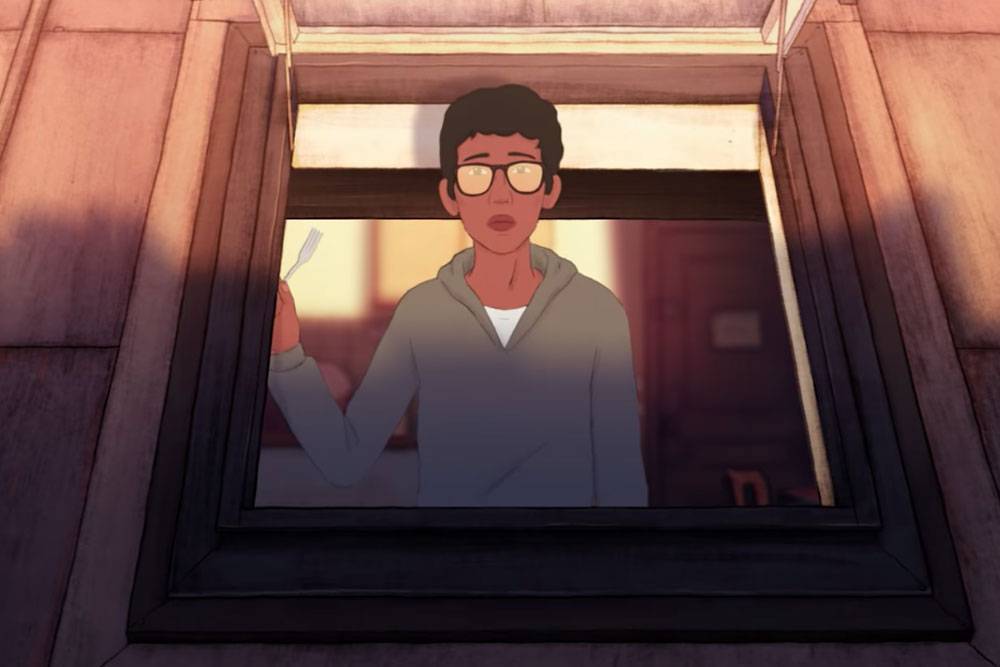 Among the most talked about films at the festival this year, not just for its unique title but for its never heard before storyline where a severed hand takes us through the life journey of an orphan boy. Hardly ever do we dissect out experiences as per what our body parts went through during any action. While learning the piano, we don’t say my hand is happy, but we say I am happy. However, director JérémyClapin separates the hand and almost makes it a silent observer in the life of our protagonist Naoufel. Clapin shows us the extraordinary life of every ordinary child from learning to catch a fly, to playing a musical instrument, to trying to cook for the first time to holding your lover’s hand for the first time—experiences that becomes body memory for most of us. The film adapted by the novel Happy Hand by Guillaume Laurant is among the most esoteric, yet universally appealing animation films you would watch, even if you are a die-hard Disney or Pixar fan. The animation is superlative with a colour palette that sways from blues to oranges to browns.The film is as lifelike as you would like it to be. It addresses the most human aspects of our being, including our voyeuristic nature, our need for connection and love, our deep dark secrets and our most mysterious experiences that often stay hidden in our sub-conscience more often than not. I Lost My Bodyis a stark reminder of the connection that we end up losing with ourselves, and it’s a film that nobody should miss. 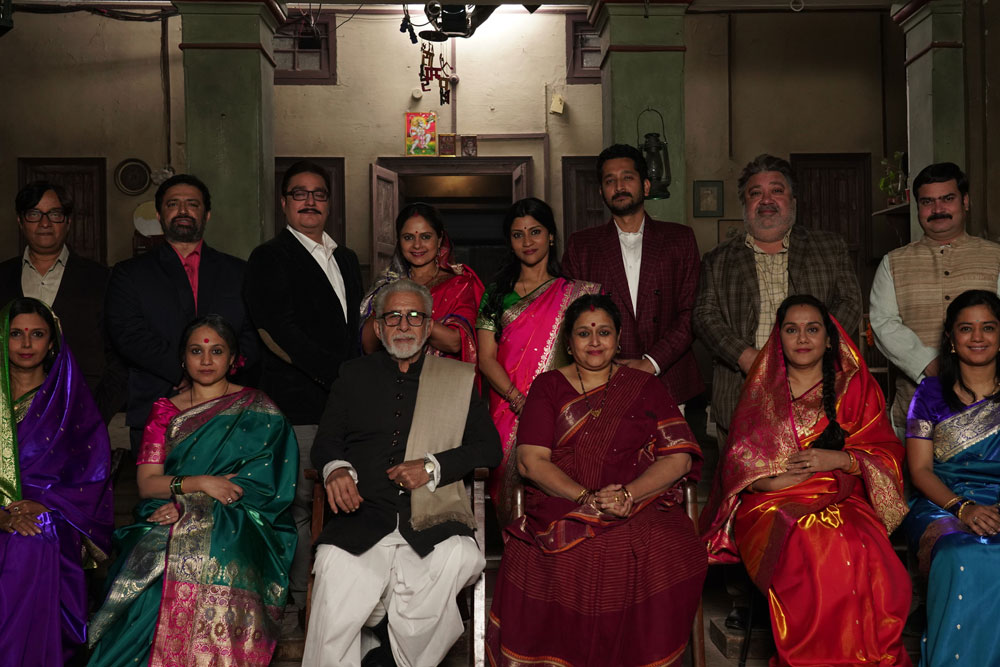 SeemaPahwa has time and again proven herself as a superlative actress with films like AnkhonDekhi and Dum LagaKeHaisha. Her honesty as a performer and an artist shines through her debut film Ram Prasad Ki Tehrvi, which is a satire on death and how relationships come apart during a tragedy. She beautifully weaves together the story of a large family based in Lucknow who come together after years when the patriarch of the house passes away unexpectedly. Understandably, all the children of the house, their spouses and grandchildren in their vulnerable state moments pour out their own frustrations against their parents and each other. Moments that eventually reveal some brutal truths about their interpersonal relationships. Pahwa and her actors, including a magnificent Ratna Pathak Shah, draw us into their world and expose human nature to be self-protective, and at times, even inhumane in the course of wanting to survive. The film is a beautiful parallel between the melancholy of death and the chaos of life, and one that often leaves us in splits. Life can be unreasonable and certain challenges can be so tough that all you can do is laugh at the situation you’re put into. Ram Prasad kiTehrvi captures this essence very well and leaves us with a lesson of finding one’s foot in life without malice and with peace. The film draws from AnkhonDekhi that’s set in the same tone and is almost as spiritual an experience as this one. This is an exceptionally strong debut for Pahwa, one that leaves us wanting for more.

Moment of the day:When actor-turned-director SeemaPahwa and actor Ratna Pathak Shah shared a long warm hug and a few tears post the screening of her film, which she then dedicated to her entire theatre family who have been beside her like a rock for over three decades.