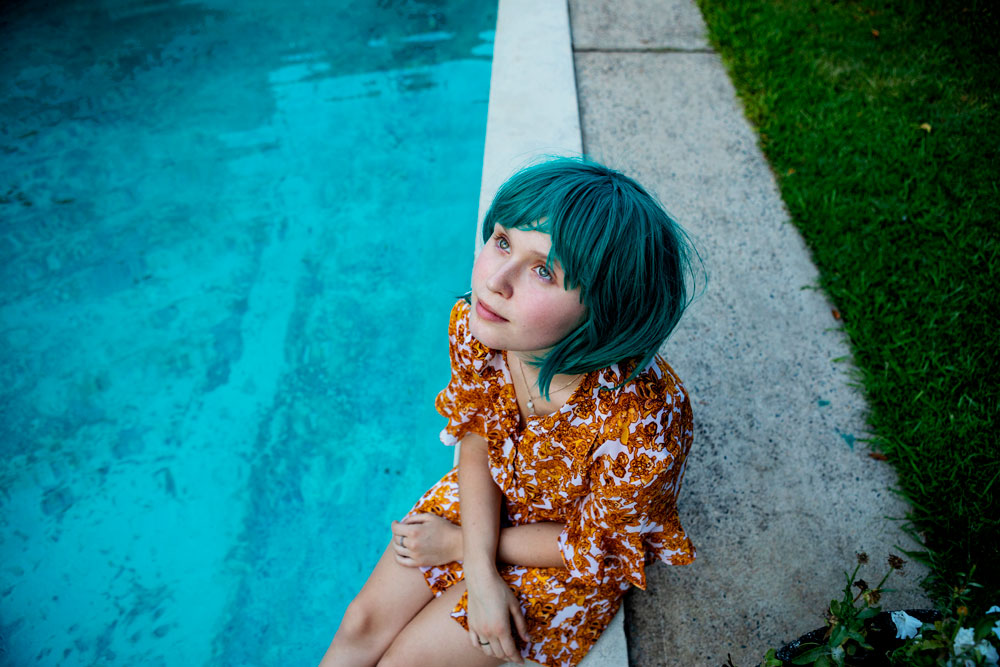 Top Picks of the Day

When we’re introduced to a reckless, carefree, too bold to be true Mila in Babyteeth, we’re immediately transported back to our logic-free teenage lives. She’s got courage, charisma and she isn’t afraid to get her heart broken. But then, she’s also battling cancer, something that she’s almost drowned out with the notes of her violin and her willingness to fall in love. What’s beautiful about Babyteeth is not for once do you feel sympathy towards this 16-year-old central character who is desperately clutching to her life, and wants nothing but to be able to see the next sunrise. We immediately relate both her pain and her passion towards smaller things, like dancing to her favourite song, or just hanging out with kids her age. Death looms large in the film, but it is lit and shot in a way for us to feel the sunshine. Director Shannon Murphy doesn’t romanticise death, but chooses to paint a beautiful picture of life with all possible colours in nature. Every character, especially Mila’s parents, fall back and forth between breaking down and standing strong for her, and their conflicts are as real as hers. Few films take such unpredictable emotional leaps, forcing us to read between the lines, even if things are not said. Mila doesn’t live, but Murphy leaves us with the image of chirping birds and a blue sky, one that we can draw from when things seem meek. 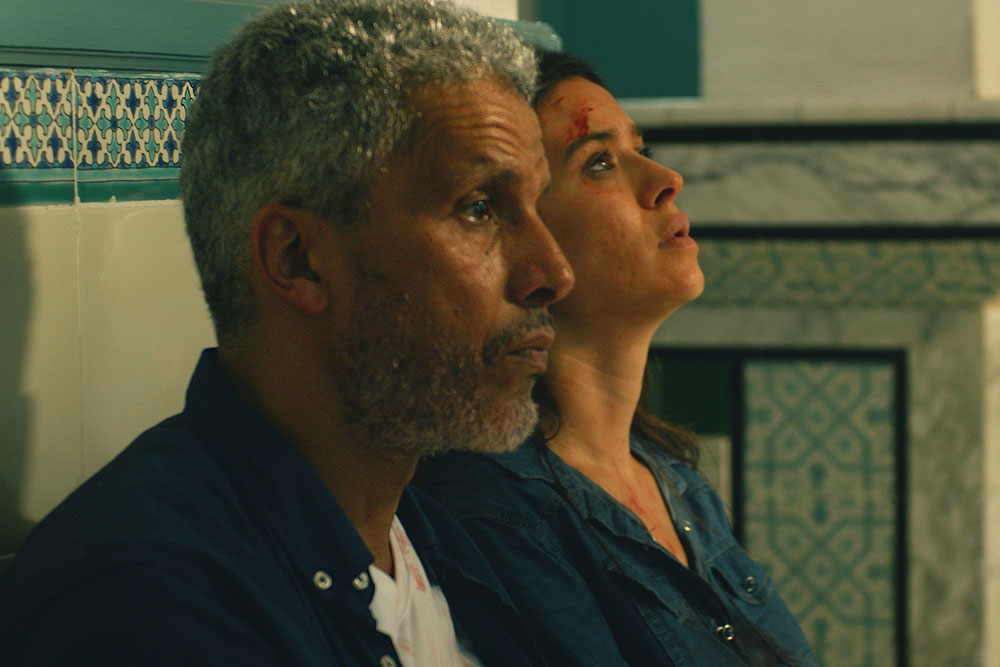 This must easily be among the most political and yet most personal film at the festival till now. Set in troubled times in Tunisia, Fares and Meriem’s life comes to a shatter when their 10-year-old son Aziz is accidently shot in an ambush. Aziz has very little time to live unless he undergoes a liver transplant. The catch is that during routine tests for the parents’ eligibility for donorship, they discover that Fares isn’t Aziz’s biological father. What follows is a heartbreaking tale of parents who are torn between their love for their son and their loyalty towards each other. A son is gut-wrenching, plays wonderfully on the emotional turmoil between the father and the mother, and doesn’t shy away exposing human flaws. A scene where the father washes off his son’s blood from the mother’s skin is so subtle, yet piercing, you wonder why we don’t portray reality so close to the truth very often. From the troubled borders of Tunisia ridden with child-trafficking, to the troubled minds of mere mortals like Fares who finds his kindness back through the eyes of an orphan—the film explores vulnerabilities within relationships to its core within a thriving socio-political backdrop. It’s not just among the top contenders for an award in Mami, but is also a film that’s an Oscar hopeful next year.

India pick of the day 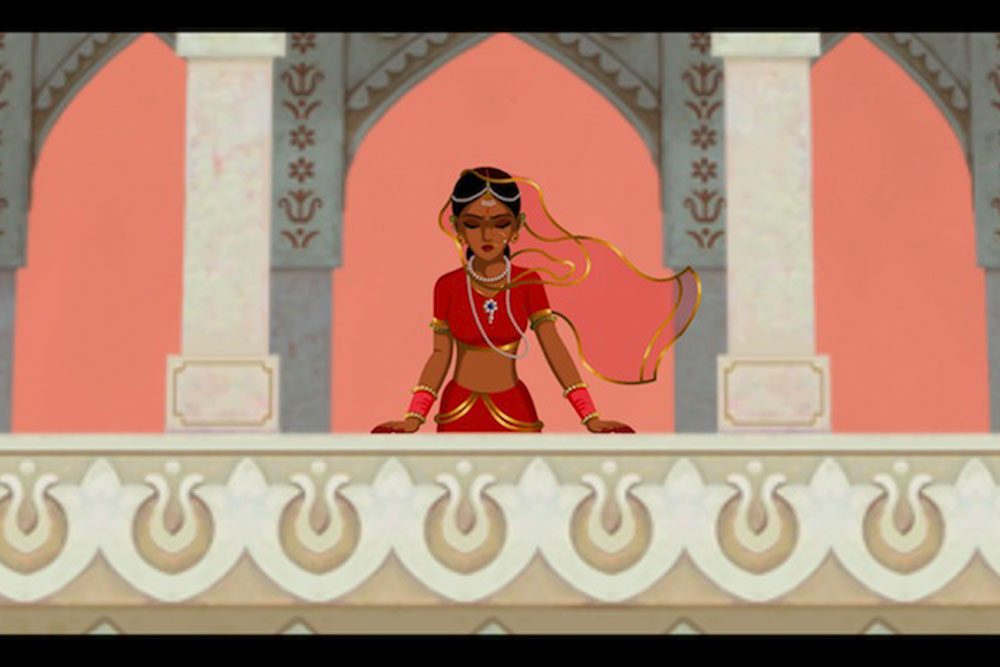 Watching Bombay Rose is like reading your most precious 1990s Amar Chitra Katha where the characters come alive and start bouncing off the pages. Of course, the difference is that Gitanjali Rao’s first full-length animated feature is a film that overflows with beauty and melancholy. Rao sets her story in a bustling Mumbai in early 2000, where migrants work hard to make a living, and social and religious discrepancies are at its peak. A red rose travels between the lives of a young village girl who is a flower seller, an equally charming Kashmiri boy who’s jobless, and a yesteryear Bollywood film dancer. All three of them dream of good times to come, but are bogged down by financial and emotional realities of the city. What Rao does with her 2D canvas is nothing short of magical as she opens up multiple worlds in different eras through bursts of colour and detailing. In a matter of seconds characters transform from their current lives to a mythological era where conflicts remain the same, but their resolve changes. Through bold brushstrokes and colours that make us want to dive into her world, Rao entices the audience towards her perspective. Lovers belonging to different religions were warned then, and they are even warned now. The common man’s struggle against rising tyranny of power existed then, and exists even now. Young ambitious girls and boys dreaming of the perfect life existed even then, and does even now. There’s dance, there’s music, theirs romance and the perfect parallel of a Bollywood blockbuster in the film that make the film so watchable, that you only pray that 2D animation comes back into action in India. 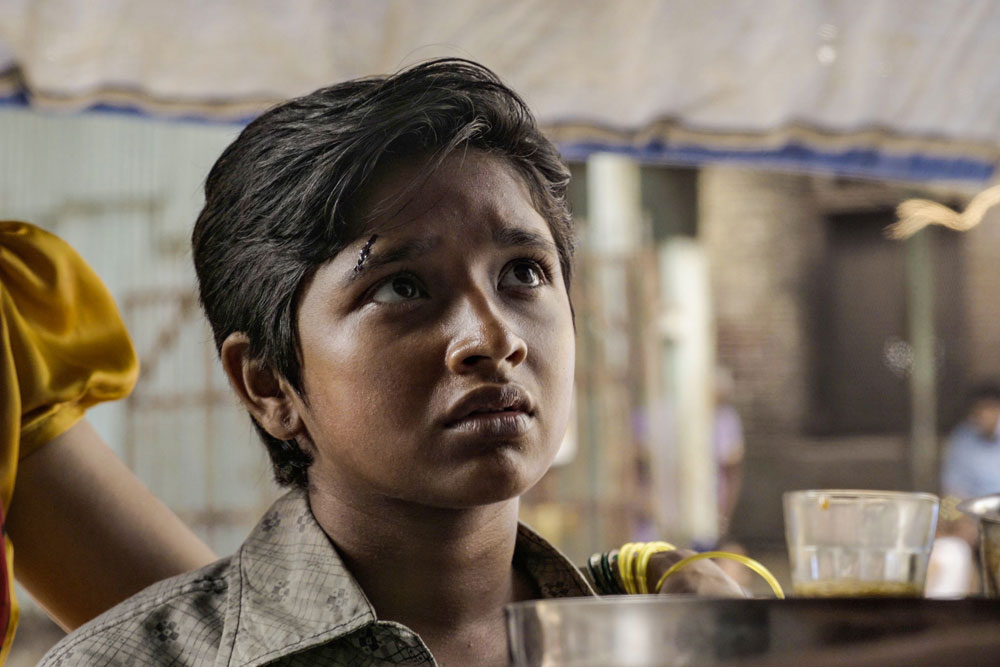 What the current lot of Malayalam films is bringing to Indian cinema is priceless and Geetu Mohandas’ Moothon, a crime thriller, stands right on top of them. This is the first time the festival has opened with a film from Kerala, only proving their substance versus the rest. Mohandas’ last film, Liar’s Dice, follows the journey of a young mother from Himachal who visits Mumbai in search of her lost husband. She won the national award for this one, thanks to a difficult narrative that deals with conflict after conflict and engages like few films can. Moothon takes this one step further. The film is both dark and dramatic, piercing and powerful in the way it’s shot and narrated. Nivin Pauly as the fisherman-turned-gangster who reunites with his long-lost sibling, and in turn, his own identity, forces you to shadow him all along and makes you part of his story. Geetu’s realistic world packs in a whole lot of surrealism as well, thanks to her characters to own complex minds. It’s not easy to understand what Moothon is thinking or going through and Geetu doesn’t make it simple for you. A blend of both Hindi and Malayalam, Geetu treats Moothon like a character from her homeland, but someone who depicts universal troubles and truths. She doesn’t leave room for you to predict her climactic points, and she wants the audience to apply themselves. It clearly works.

Moment of the day: When the makers of a Turkish language documentary Honeyland (a film about a 50-year-old woman who tends to her hives) served the audience members with real honey from their home country as thanksgiving to be part of an Indian film festival.