From folk horror to film noir to docudramas, Day 4 was a mixed bag of everything at MAMI 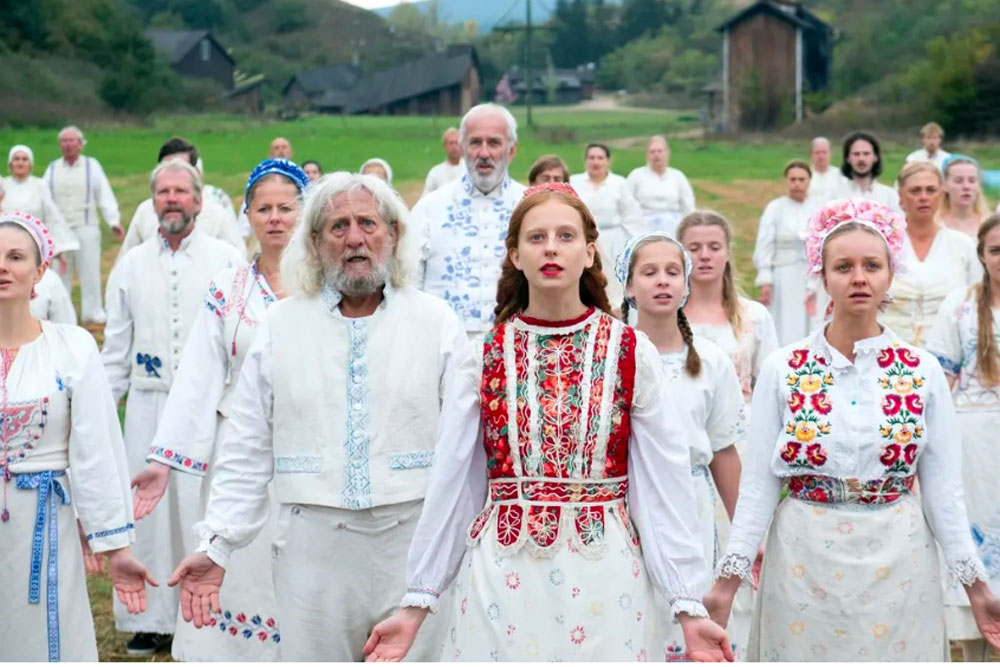 For those who aren’t aware or used to watching films belonging to the folk horror genre, Midsommar can come across as a huge culture shock. It did to me. Having said that, it’s also without argument the most visually stunning film they have here at the festival. We see the film through the eyes of Dani, a young American girl who tragically loses her entire family one winter and decides to take a break and visit a remote Swedish village the following summer. Dani and her friends are expecting to be part of a Midsommar festival, a yearly practice that the villagers follow. However, what they encounter at Midsommar is far more complicated, twisted and visceral than they could fathom. The group here live cut off from the rest of civilisation around them, and follow community living, one that allows them to make their own clothes, grow their own food and even marry their own family folk. Slowly, their American guests realise that their beliefs are not just unconventional, but outright extreme, including the taking of human lives to propel and honour tradition. Midsommar is almost surrealistic and almost dreamlike in its visual treatment, making you believe that this might just be an alternate universe from your own. The frames in the film are often filled with unscathed green landscape, with dashes of colour through fruits and flowers strewn around. Director Ari Aster initially creates the perfect world with village folk dressed in pristine white, singing and dancing traditional songs of summer. However, as the days progress, what we saw as a haven away from the urban jungle, turns into a sinister world where people are anything but conventional. The horrors of this film have less to do with fear of ghosts, but more visual, and frighteningly real because it’s the human around you who generate this fear without guilt or doubt. Dani and the gang at one point witness two elders of the group climb onto a cliff and jump to their own death, to honour a custom they follow which cites that humans should submit themselves to the earth once they turn 72. Midsommar is uncomfortably gory, and delves into a psychosis atmosphere as more secrets about the community are revealed. It’s touted to be the best film at the festival, but it could also be the most disturbing one too. 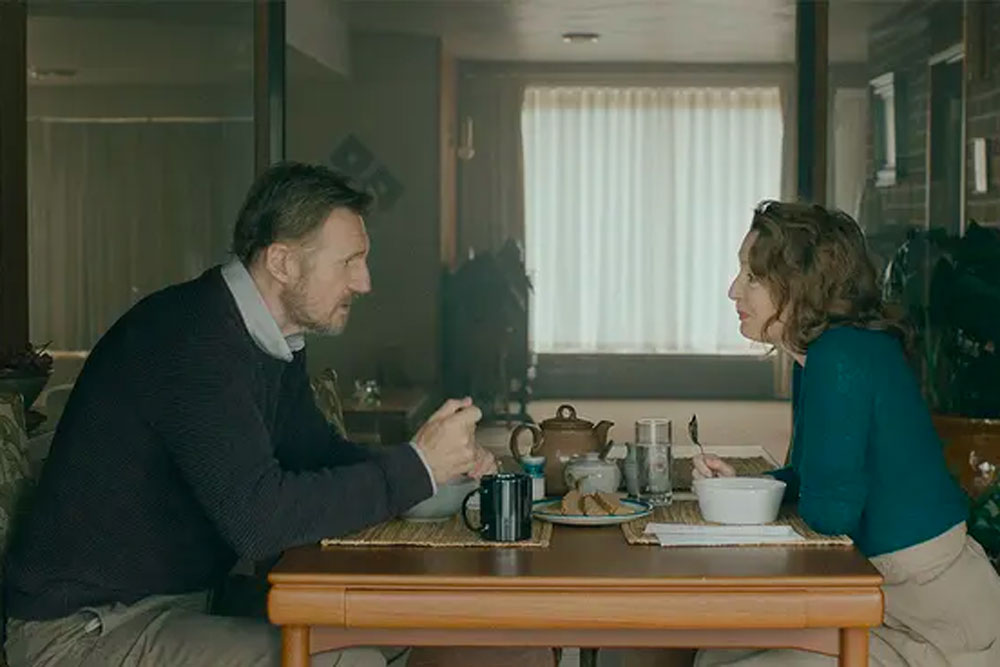 Like the title suggests, Ordinary Love taps into the most ordinary, simple, even mundane times that we spend with our lovers. Be it a discussion on taking down the festival lights or quitting caffeine or how their hair looks on a particular day, the film breezily captures the most drama-free moments of Australian couple Joan and Tom’s life. Joan has been detected with breast cancer, but even through this numbing news, they go on with life and the little things that make them happy. They don’t stop going for their morning walks, don’t give up on eating Brussels sprouts for Christmas and they don’t stop bickering about each other’s peculiar habits. Actors Liam Nayson and Leslie Manville are subtle and so believable as a couple not just dealing with a catastrophic news of the cancer, but also one that seethes in the memory of their young daughter Debbie who they unexpectedly lost. The writing is unpretentious and the directors aren’t trying too hard to deliver drama, even though the situation may seem dramatic. Their chemistry is top-notch and their affection for each other translates through every aspect of the film. From Joan’s hospital visits to her hair loss to the first time Tom shaves her head to his confession at his daughter’s grave, Ordinary Love is poignant and moves you immensely with its honest portrayal of a long-standing relationship. From winter to summer to fall, their lives and their love is enveloped with slow, stunning imagery of their environment backed by music that lingers subtly in the background. The film doesn’t leave you with death, but with how life goes on, no matter how extraordinary a situation you’re in. 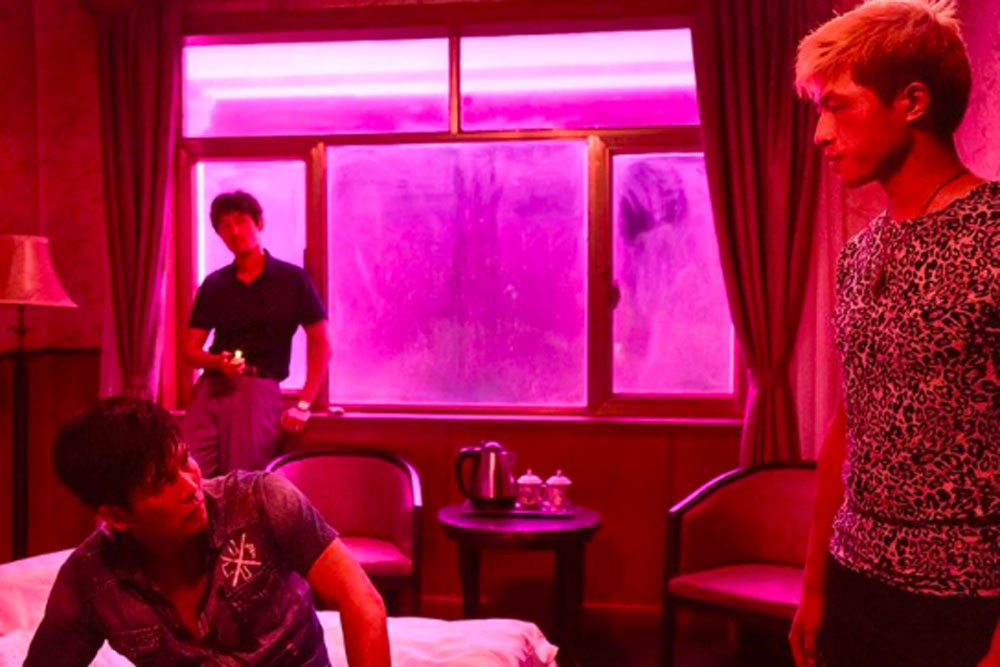 For anyone who is drawn to action and gangster drama within China, The Wild Goose Lake is a must watch. It’s no doubt slower and a lot less action-packed compared to many Chinese films, including the popular The Curse of the Golden Flower (2006) or Warlords (2007), but this one is staple for film buffs who swear by Asian thrillers. We have a gangster on the run, a heartbroken wife, a group of rivals ready to take him down anytime, and a sex worker who tracks him and convinces him to confess his story to her. This is film noir at its peak. The Wild Goose Lake is unpredictable, large in its scale, brutal in its action and poetic in its chemistry between its characters. In its cinematic delivery of the conflict between the two gangs, it leaves you wanting for more. China’s seedy urban underbelly that encapsulates a hundred stories of threats, violence, death and debauchery acts as a stunning backdrop to gangster Zhou Zenong’s personal story. The film, which was in running for the Palme d’Or at Cannes, has been directed by Diao Yanin, who is popular for winning the Golden Bear at Berlin Film festival for his film Black Coal, Thin Ice. He has time and again been quoted about keeping his films less dialogue- and more visual-driven, and chasing a non-linear narrative for his stories. The Wild Goose Lake works precisely for this, apart from its real yet postcard frames and its superlative performances. Yet again, this may not be a film for you if you don’t enjoy noir cinema, but it’s definitely worth a watch to expand your own horizons of how stories can be told. 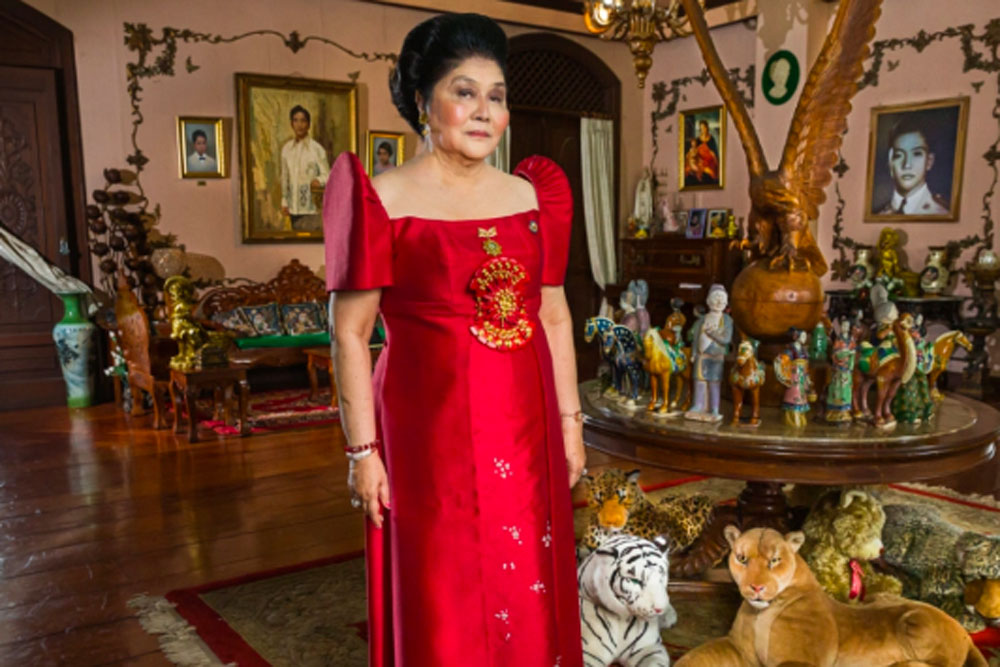 There has not been a single documentary at MAMI that hasn’t received a good review and The Kingmaker stands on top of them. The very unique story of Imelda Marcos who was a Filipino first lady for over 21 years, and her tryst with her husband’s politics, The Kingmaker primarily charts her journey in the political uprising of the Marcos family in Philippines and how vital she was to the process. The film also chronicles her present-day scenario where she supports and pushes her own son to win the vice-presidency. For anyone who knows little about the politics of Philippines, this film is an eye-opener to a world that’s vastly different from India. Yes, there is greed, corruption, pride and clash of power here too, but the drama and the plot turns in this one almost makes it look like fiction. The Kingmaker is rich in its depiction of the Marcos family and of Imelda’s personal indulgences before she had to flee to Hawaii in 1986. Today, she is a has-been politician, but struggling from ground up to get her son the same position and power that her family once enjoyed. More than anything, it’s Imelda’s desperation and her idiosyncrasies that the film captures beautifully to make one understand how loss of power can affect people. Director Lauren Greenfield has to be lauded for her years of work to bring such detailing and precision to a story that is not just about one woman, but has so many sides to it.

Moment of the Day: When a patron at the MAMI film festival fought for his seat inside a cinema hall where over 50 per cent seats were reserved for ‘guests’ of the festival. He declared that everyone would stage a walkout if the seating system wasn’t fair and if patrons are not treated equally. It was off-screen drama for many, but one that paid off with the rules being amended in his favour.