On a Level-Playing Stage

When art repudiates caste and class 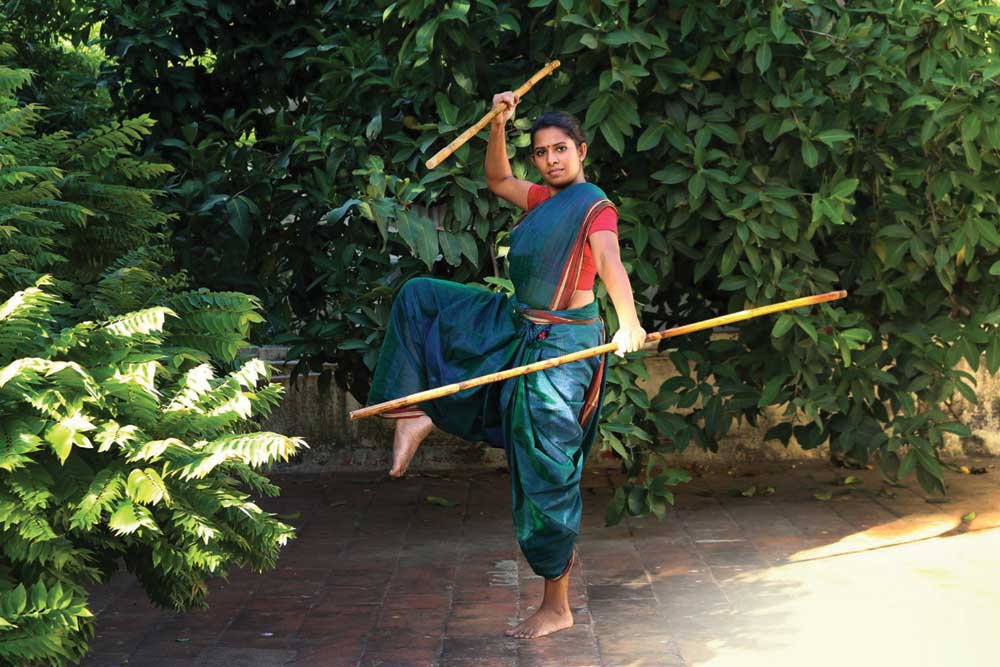 EVEN AS THE Marina has emerged as Chennai’s nerve centre of protest, another city beach about 10 km south is getting ready to host a different kind of dissent: a festival to disarm the tripwires of caste and class in the world of arts. The month of Margazhi has just passed and the cultural gentry of Chennai is yet revelling in the afterglow of the kutcheri season. But as entry into the esteemed sabhas of the city is, by unspoken consensus, not open to all, a great majority of Chennai’s citizens have never sat expectant in rows of closely-packed chairs applauding an RTP, as we call a ragam-tanam-pallavi these days. They do not qualify as rasikas, a title accorded to the silk-swathed mamis and the vibhuti-sporting men who support this cottage industry year in, year out. Three years ago, Carnatic musician TM Krishna decided to broadbase this music by taking it to venues outside the direct control of the elite. He sang at the Urur-Olcott Kuppam—a fishing village near Besant Nagar where the sands have since warmed to classical music and dance—rubbing shoulders with so-called folk artistes in a community festival.

Over the past two years, the Urur-Olcott Kuppam Vizha has stoked the villagers’ pride in traditional art forms that are usually dismissed under the disparaging umbrella of ‘the folk arts’: arts such as paraiaattam, koothu and villupaattu. In its third edition, the Vizha is bigger, ambitious and inventive. One of the themes this year is to bring marginalised aesthetics to distinguished venues in Chennai associated with the classical arts. Over the past weekend, in the run-up to the events at the Kuppam, Raga Sudha Hall in Mylapore hosted an unusual performance by Gaana Viji, an artiste who sings at funerals in the ‘gaana’ tradition. “To an audience that has grown tired of listening to classical music, my music was refreshing,” says Viji, an orphan who grew up on the streets of Chennai, after the event. “It is a general misconception that gaana is something sung by drunks in a slum. I have sung in Tamil films and toured 12 countries. I sing not of the gods but of the realities of life and death, and it feels like a victory to be able to do so at this venue,” he says.

N Deepan, a 26-year-old who led a group of paraiaattam artistes in a performance at the hall the following day, was pleasantly surprised when an elderly gentleman stood up and started dancing to the rousing drumming. “The audience was the kind you would see in a Carnatic concert and they had many questions about the art form,” he says. The performing group consists of students and young professionals who were once child labourers in Korukkupettai, north Chennai. Thanks to the Arunodaya Centre for Street and Working Children, they trained in several arts, including an ancient tradition of drumming and dancing called paraiattam. “The distinguishing feature of parai is that it evokes emotion and forces you to dance or clap. By definition, it is something that won’t disappoint. Don’t you think such an art form deserves a grand stage?” says Deepan.

The Vizha comes at a time when Tamil youth are redefining their identity as challengers of the regime. By providing an equal platform to less-appreciated Tamil arts, Krishna, who won the Ramon Magsaysay award for 2016, has cleared the exalted air around classical music. The festival is, equally, an effort to terraform the Carnatic music world by encouraging musicians to perform for different audiences. Vidya Kalyanaraman, a 30-year-old Carnatic vocalist who will sing at the Kuppam along with three other musicians, says she is looking forward to it. “It is a nice contrast after the kutcheri season. We are working on a different sort of concert, including pieces like a Bharatidasan song about nature that wouldn’t quite fit into a traditional kutcheri. At the same time, we don’t want to restrict ourselves to Tamil. Who is to say the audience will not enjoy Telugu compositions just as much?” she says. Like most Carnatic musicians, Kalyanaraman has sung at the grandest of venues and at temples so small they have had to put up a tent outside. “Even at these obscure temples, it is the usual temple-going crowd that attends the concerts. With the Urur-Olcott festival, our music can reach a wider audience, and I wouldn’t miss it for anything,” she adds.

It is also about taking music to everyday public spaces. The blinkers are off and young Carnatic musicians participating in the festival are preparing to hop on and off public buses in a novel relay concert. They are beginning to think critically about themselves and their environment and wondering what music can mean beyond the art itself. It is time to unlearn the Margazhi experience.