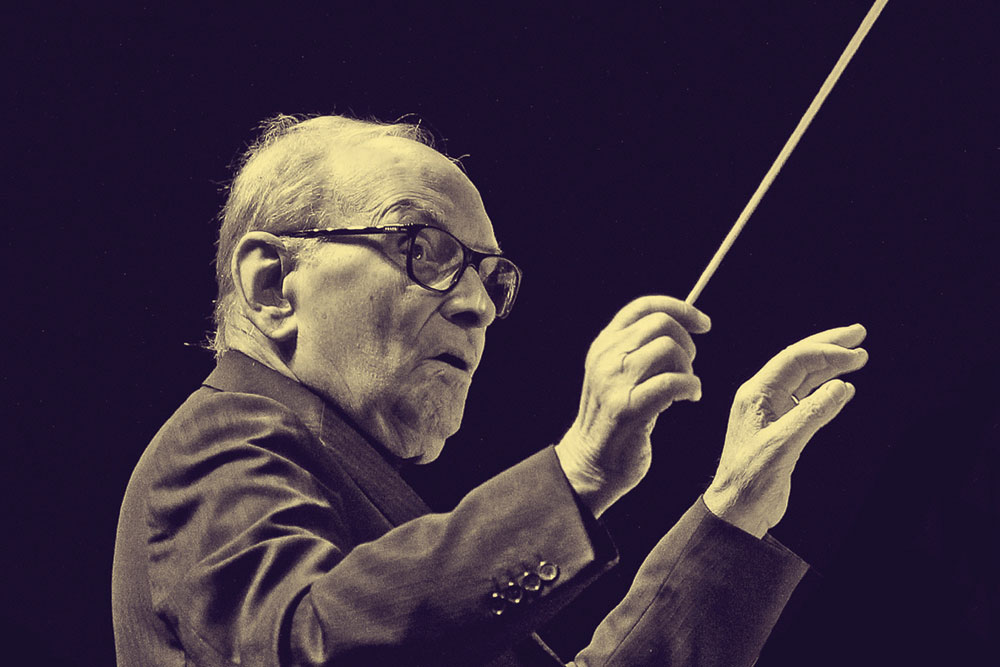 
EVEN IF ONE may not recognise the name Ennio Morricone, it will be near impossible to have not heard his music. The Italian music composer, who died recently at the age of 91, composed some of the most memorable scores in film history.

Although film music was just one part of his career—he also wrote and conducted live performances—it was in film music where he made his lasting impact. No exact figures are available; but according to estimates, it is said he scored for over 500 films. Working through the decades with a wide range of auteurs in different genres, both in Italian and US cinema, and sometimes, other languages—from Sergio Leone, Pier Pasolini, Bernardo Bertolucci and Giuseppe Tornatore to Roman Polanski, Brian De Palma, Terrence Malick, John Carpenter, Pedro Almodóvar, and, more recently, Quentin Tarantino—Morricone produced music that sometimes became more remembered than the films themselves.

His most memorable work came, right at the start of his career, with his once schoolmate, the filmmaker Sergio Leone. In their very first together, A Fistful Of Dollars, Morricone introduced the world to a very unusual and exciting soundscape. But it wasn’t one necessarily born out of an abundance of choices.

Leone was looking to make a quick and cheap Western in Italy, a film in the sub-genre Spaghetti Westerns that was then looked down upon. He had lifted Akira Kurosawa’s Yojimbo and set it in some border town between the US and Mexico. Several lead actors either turned down the role of the protagonist or were too expensive for the production, from Henry Fonda to Charles Bronson , before Clint Eastwood, a rising TV actor, was selected.
Morricone, who had studied classical music composition, was then supporting himself and his family, by working as a composer and arranger for radio, TV and pop stars. He had just begun scoring for Italian films and he even worked as a jazz trumpeter.

Without the resources available to compose a lavish score, Morricone improvised. There was that now famous whistling tune, strong electric and acoustic guitars, gunfire, whips, horses galloping, eerie church bells, and all sorts of embellishments. It was the kind of music needed to make Eastwood’s unbelievable character— someone who puts in an order to the coffin-maker on his way to a shootout and later apologises for leaving an extra body behind—come alive. More musical improvisations, even howls, yodels and whip-cracks, came in the next two films in what came to be known as the Dollar Trilogy. Morricone’s epic melodramatic scores in these films gave them mood and structure. It conveyed a new sense of place and character to what was then becoming a dull genre. It made Clint Eastwood, Clint Eastwood.

To Leone, Morricone’s music preceded even the writing. He would approach the composer before the script was written, with just a ‘feeling’ of the film and the ‘descriptions of characters’. ‘From Ennio, I ask for themes that clothe my characters easily,’ he once told an interviewer. ‘…I’ve always felt that music is more expressive than dialogue. I’ve always said that my best dialogue and screenwriter is Ennio Morricone.’

Despite his prominence in Hollywood, neither did he learn English nor move to the US. “I was offered a free villa in Hollywood,” he would tell interviewers. “But I said, ‘No thank you, I prefer to live in Rome.’”

His music has also spread through pop music, with him either working with pop stars or them using his pieces. In India—embarrassingly—many of our most celebrated musicians in the past have partially or substantially lifted Morricone’s tunes for some of our most popular film songs.

A few years ago, when asked about the concert and film music he has created, he claimed only 5 per cent of his output is music that he aspired to write. “…95 per cent of my music was written for the public at large because a movie has to be understood by ordinary people who don’t necessarily understand complex music… That doesn’t mean that 95 per cent of my music is inane or trivial… it’s music catering to simple needs.”