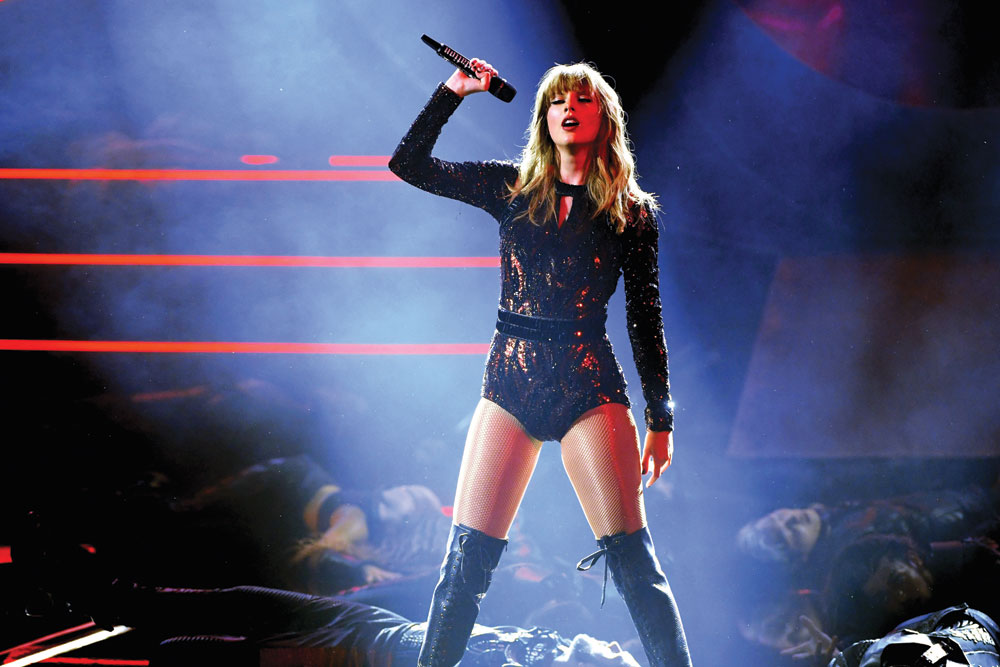 There’s a tragedy to pop music that’s camouflaged in the flashing lights. The pop star—young, bright-eyed—enters an unforgiving world that will consume them from the inside in exchange for adoration and dollars. And then it’ll toss them aside. It’s a manufactured, fatalistic reality. Folklore, Taylor Swift’s surprise album, announced and delivered to hungry Swifties in less than a day with no fanfare, no hoopla punctures that bitter world in some small way. She’s always tried to retain her own narrative and pop culture arc; this one is another step in that direction. In Folklore, Swift finds delight in music itself, writing fictional love stories over simplistic, folksy, indie-rock/pop arrangements. It’s delicate in a way that’s not contrived—calling it understated would be a step too far, but there’s no grand spectacle. For once, it’s not a whole thing. This is a warm, thoughtful collection for a rainy day.

BE UP A HELLO by Squarepusher 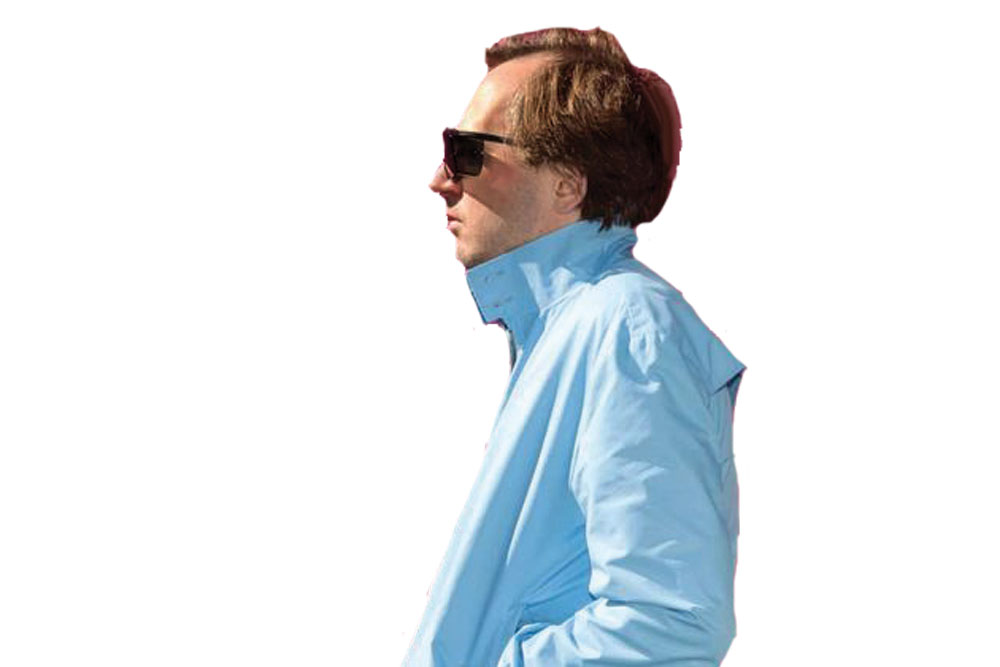 Electro-pandemonium, simply put. Glorious nonsense. Squarepusher, aka Tom Jenkinson, put out, like, his 100th album in 2020, and it’s just as hysterical and violent as anything he’s done. Be up a Hello is both futuristic and a throwback: it recalls a lot of elements that defined the Intelligent Dance Music (IDM) revolution of the ’90s; at the same time it marches resolutely forward. Frantic, twitchy breakbeats send the music in weird directions, occasionally pulled back by optimism as the synths open up large landscapes and slow things down. This is the kind of music you feel and not hear, that you experience physically—a hallmark of so much of the exciting work that’s come out from the radical IDM/electronic/avant-garde record label Warp. 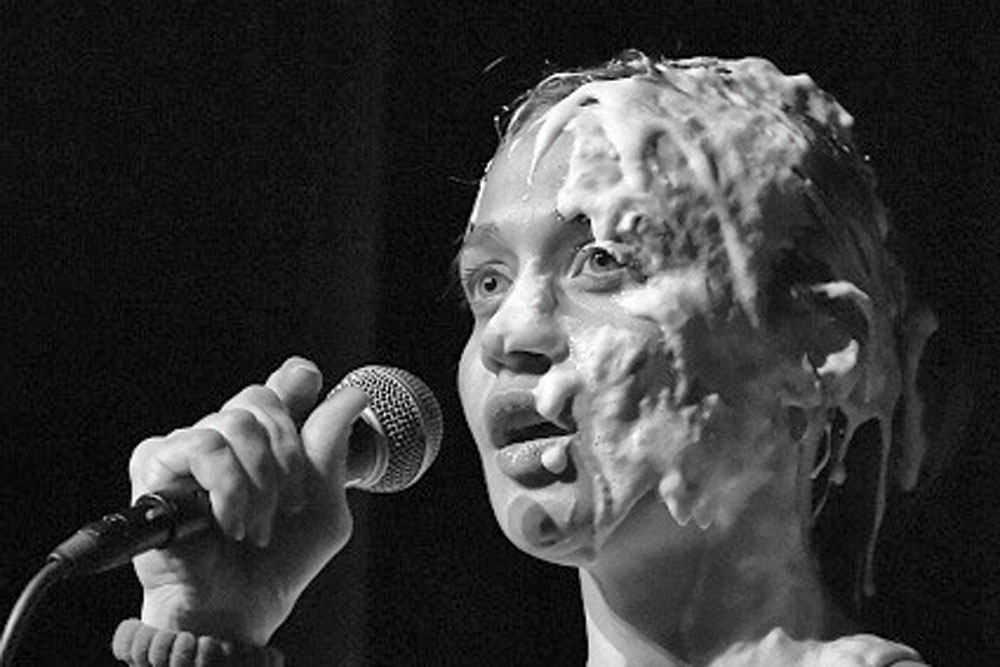 With the way we consume music today, there’s a tendency to fetishise the past and ignore the remarkable work that’s being put out as we breathe. So let’s underline the fact that Fetch the Bolt Cutters is a breath-taking release. Fiona Apple kept a low profile for almost a decade—basically disappeared—only to return with what will perhaps be a career-defining album. She uses her colossal voice to swivel incessantly between fiery and fragile, as pianos, her yappy dogs, and a clangy percussion-heavy base act as a springboard for her flights of fancy. Her words remain as charming, self-aware, hilarious, honest, confessional, confrontational, caustic as ever. And at their heart lies a vulnerability, a voice with a lot to say, torn between saying too much and saying too little.

RTJ4 by Run the Jewels 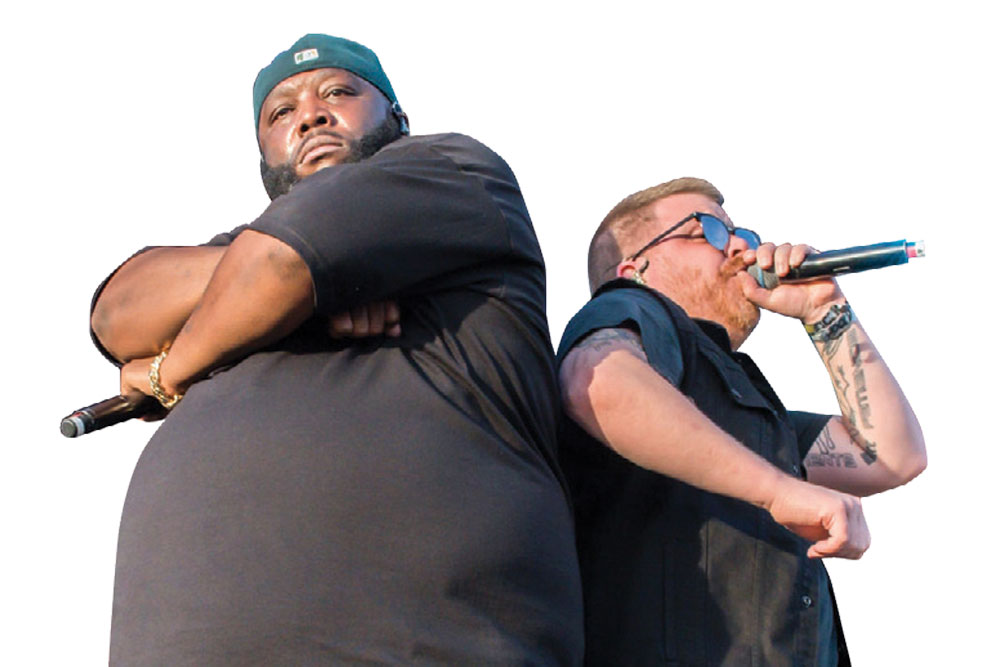 In an America roiled by the killing of George Floyd and the widespread protests against police brutality and racism that followed, in June 2020, Run the Jewels dropped RTJ4, a couple of days early for free. Run the Jewels have always spoken about building a better world. They’ve never pulled their punches, and RTJ4 is no different, as Killer Mike and El-P (and a whole host of guests, including the forever elusive Zack De La Rocha of Rage Against the Machine) rap about injustice and inequality. Less importantly perhaps, but the songs are absolute bangers. Their sense of groove, of bounce gives life, in vivid technicolour, to their biting lyricism. It’s angry and hard-hitting, but it’s also fun. Set the world on fire and have a blast doing it.

BY THE FIRE by Thurston Moore 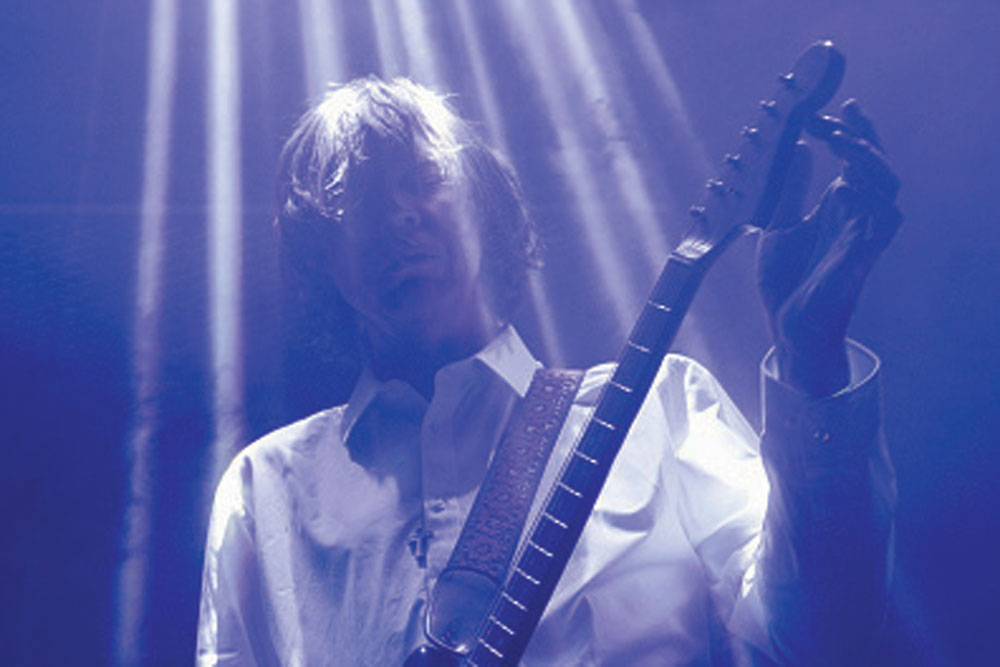 A luminous, wandering progression of chords, delivered in trademark chunky strums on album opener ‘Hashish’ is preceded by an arrangement and vocal melody that recalls his old band Sonic Youth. Ah, familiarity. Not long after, the record flips. By the Fire is the latest in a frankly astonishing career spanning 30-something years with art-rock heroes Sonic Youth, as well as a significant number of solo releases and collaborations. And, if anything, his resolve to mess around, jam endlessly and experiment with the sonic extremities of noisy alternative guitar music is only strengthening. There’s an ever-present spirit of rebellion in Moore’s music, one that allows him to wander off in 12-minute-long instrumental odysseys on the guitar, only to bring the song back to a mournful vocal melody so that it all makes sense. This isn’t avant-garde music to marvel at from a distance; there’s an emotional core to the operation.

Nobody does gentle terror quite like Mogwai. Add a touch of sadness, a generous sprinkle of melancholy, and you have the soundtrack to the year we’ve just lived inside. You also, in this case, have the musical score to ZeroZeroZero, an Amazon Prime Video crime drama. The album relies on restrained strings and synths, underpinned by ephemeral, brittle, occasionally sinister melodies on the keys and piano. Take ‘Space Annual’: it’s not even 90 seconds, setting off with sparkling plink-plonks, taking tentative steps forward with each passing cycle. And before it even registers fully, it’s gone.

IN THE DEAD, DEAD WOOD by Vennart 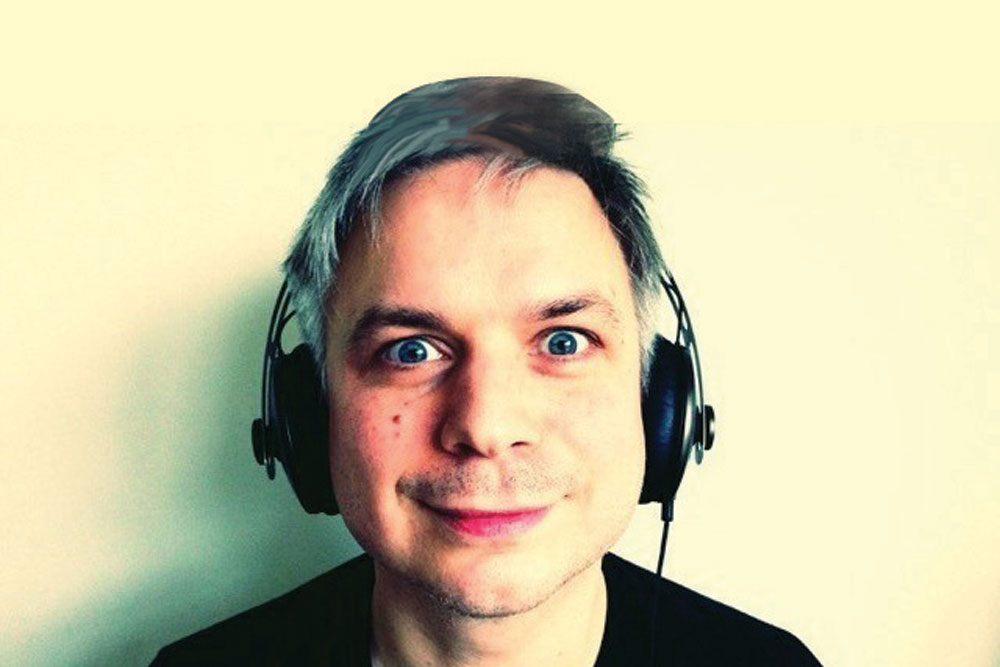 Mike Vennart has honed an ability to write these technically challenging, complex alt-rock pieces which don’t feel complex. They’re intricately crafted without sounding so—it’s only once you dive deep that you realise all the little bits floating around. Enjoyable frills—flashy bits—tend to decorate the core sound. These are pop songs dressed in progressive attire, a secret that comes to light only once you try to tap your foot to the songs—and fail. In the Dead, Dead Wood—Vennart’s latest in a string of solo releases—ditches some of the frills in favour of an inward gaze, focusing on vocal melodies, set against walls of rousing guitar fuzz.

THE ASCENSION by Sufjan Stevens

The Ascension provides an insight into Sufjan Stevens’ often pained, oblique rumination about himself, god, religion, faith, life, love. He puts himself in an unfiltered way at the centre. Here, he retains a spirit of exploration in his song writing and arranging, using clumpy, flip-flopping electronic drum grooves placed underneath giant, swelling textural melodies. His lush, breathy voice and approach to writing melody mean the whole thing often melds into one whopping sonic blob. 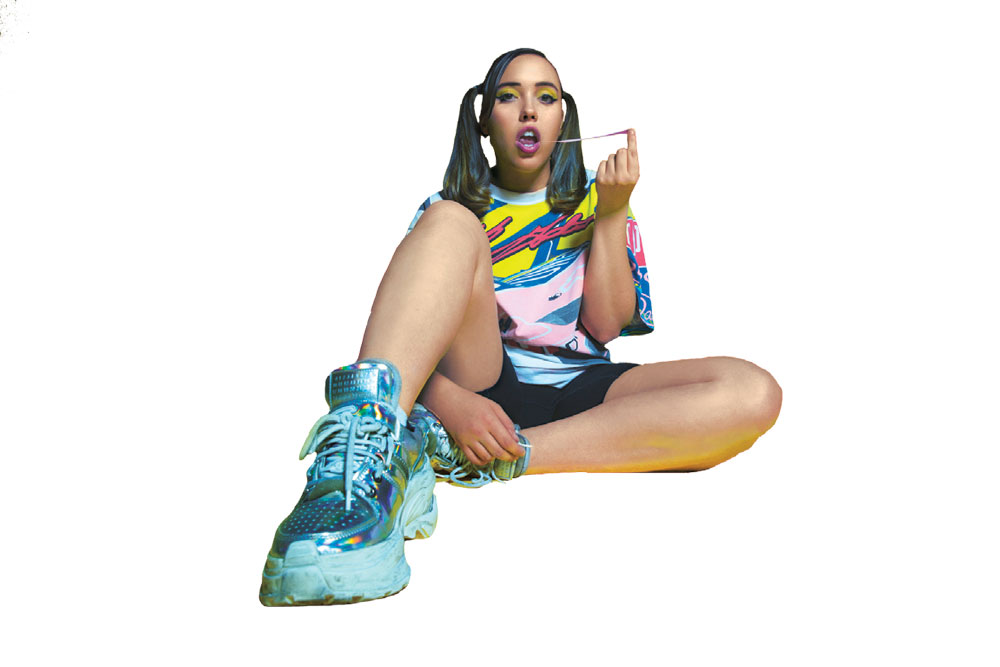 Shimmering, colourful guitar plucks and reverbs form a deceptive backdrop to Sophie Allison’s words of pain and anguish on Soccer Mommy’s latest. Lyrically, vocally, the record has an air of gloom to it, as Allison lays it all bare—grief, depression, self-harm, bitter comedy in emptiness. No subject is too precious on the painfully honest and reflective Color Theory.

MAY OUR CHAMBERS BE FULL by Emma Ruth Rundle and Thou

Everything here is so grand and messy. Emma Ruth Rundle is a prolific and versatile songwriter, getting together for this record with American doomsters Thou to create a seven-song journey at the precipice of accessibility and eclecticism. Each element, even the screeching black-metal-esque vocals, is buried deep into the sludgy mix.