You are the way you cook

If north and south Indians share a similar genetic structure and perhaps a ‘common origin’ in the Harappan civilisation, then what has given birth to the different techniques of cooking? 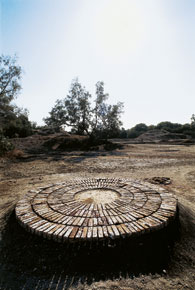 These days, I have been using Meenakshi Ammal’s Cook and See to recreate my childhood memories of dishes like kootu, sambhar and keerai. Ironically, in my childhood and youth, as a Tamilian residing among Sindhis and Punjabis, I preferred rajma, sindhi dal, and dum aloo. But now, there is a sameness to the taste of dishes cooked with cumin, coriander, garam masala, and tomato. It has made me (re)turn to the food of my forefathers.

I discovered, much to my surprise, that the techniques and spices advocated by Cook and See are the complete opposite of a north Indian style. Take, for instance, her ‘Lady’s Finger Fried Curry’. ‘Lady’s finger can be first boiled in diluted tamarind juice with salt and turmeric powder. Heat a ladle of oil, fry mustard, pinched red chillies, black gram dal and put boiled vegetable in it. Add a little asafoetida water and fry. Garnish with curry leaves.’ Onions are fried separately and combined only at the end. The taste of her curry is gentler, and more like the fine brush strokes of a miniaturist rather than the bold lines of a Picasso. Contrast this with Punjabi bhindi where the onions are fried first and the bhindi is then added along with coriander, chilli and fennel seed powders. It got me thinking about the relationship between a cooking technique and one’s identity. Why do such diametrically different techniques of cooking occur and what do they tell us about ourselves? If we are the way we cook, what are we?

When I studied archaeology and anthropology in the late 80s, the debate animating the field was on the origin of Indo-Europeans and the explanations for commonalities between Sanskrit, Latin and Greek. Archaeologist Colin Renfrew, who took the class on a memorable trip to Stonehenge, had published a book questioning whether Aryans were nomads, whether the poems of the Rig Veda contained the notion of an invasion and whether there was anything non-Aryan about the Indus Valley Civilisation.

As some of you may know, recent evidence (the discovery of an M-17 or Caucasoid or Aryan genetic marker in Indians, the references to only hot climate trees in the Vedas, seals recovered from the Harappa site with the repeated motif of a man (Lord Shiva?) sitting in a yogic position surrounded by animals) is shown as having debunked the theory of the Aryan invasion of India around 1500 BCE. It has been averred that the Vedas, far from being creations of Aryans from Central Asia and Anatolia, are indigenous to this land. The skeletal remains found at Harappan sites that date from 4,000 years ago, show the same basic racial types as are found today in Gujarat and Punjab. Oxford geneticist Stephen Oppenheimer concludes that South Asia is logically the ultimate origin of M-17, not the receptor. Archaeologists Colin Renfrew, Kenoyer, Jim Shaffer, among others, share the idea that there is an underlying continuity to Indian culture, and whatever changes that have occurred have been due to largely internal factors.

While the debate still rages on, the question for us is this: If north and south Indians share a similar genetic structure and culture in their worship of the Vedic pantheon (Indra and Agni feature in Tamil poems and epics as much as in the north) and perhaps a ‘common origin’ in the Harappan Civilisation, then what has given birth to the different techniques of cooking? The fact that the style of cooking by a south Indian Brahmin (who claims to be part of the Aryan migration from the north) is so different from a north Indian one raises interesting questions and complicates the matter.

I posed this question to a friend. She said that geography (what you could get in a geographical region) determined how one cooked. Would Sita have cooked like Meenakshi Ammal, had she managed to resist the temptation to cross the Lakshman-rekha and get herself kidnapped in Panchavati forest in present-day Maharashtra? Doubtful. After all, the same bhindi is cooked differently in the north and south.

If not geography, then what? Could it be the spice profile of a dish? Does each spice demand a different technique of cooking? Meenakshi Ammal’s recipe for bhindi includes tamarind, which has to be boiled with the vegetable in order to purge the raw smell of the spice and the sliminess of the vegetable. The Punjabi way, on the other hand, involves cooking it with fried onions in its own juice without water until the sliminess evaporates, and adding dry mango powder only at the end. Similarly, Tarla Dalal’s Pyazewale Bhindi uses yoghurt that has to be added for a couple of minutes at the end of the cooking. It seems to be the ingredient that determines the style of cooking.

Three researchers at IIT conducted a statistical analysis on over 2500 recipes (Bengali, Gujarati, Jain, Maharashtrian, Mughlai, Punjabi, Rajasthani and South Indian) from Tarla Dalal and made some interesting discoveries. Indian food eschews food pairing (two components performing a similar function) that is usually found in North American, Western European and Latin American cuisines. Each spice has a unique function, and no two spices performing a similar function will be found in a dish. So it is unlikes (for example, red chillies, bengal gram dal and coriander in a curry powder or garlic, tomato, onion and ginger as a base for a curry) that will be components in an Indian recipe (regardless of the region). They also found that it is not possible to swap spices in an Indian recipe—each spice is placed uniquely to shape the flavour of the dish. This supports our intuition about the ingredient determining the cooking technique.

Which brings us to the question: Why do fewer dishes in the north use tamarind as compared to the south? For instance, the Mahabharata’s graphic description of a picnic (reported in KT Achaya’s Indian Food) involves the use of pomegranate and tamarind. ‘Clean cooks, under the supervision of diligent stewards, served large pieces of meat roasted on spits; meat cooked as curries and sauces made of tamarind and pomegranate; young buffalo calves roasted on spits with ghee dropping on them; the same fried in ghee seasoned with acids, rocksalt and fragrant leaves; large haunches of venison boiled in different ways with spices and mangoes, and sprinkled with condiments; shoulders and rounds of animals dressed in ghee, sprinkled over with sea salt and powdered black pepper, and garnished with radishes, pomegranates, lemons, fragrant herbs, asafoetida and ginger.’

Archaeological evidence of the diet of the Indus Valley Civilisation that flourished between 2500 and 1500 BCE in the Subcontinent suggests that it incorporated ginger, turmeric, lentils, mung, rice, millet, and even bananas and garlic. Residues of turmeric and ginger as well as a carbonised clove of garlic were found in human teeth and cooking pots. So, for centuries, the lemon has been a garnish, while a mango or a tamarind has been boiled regardless of geography.

So perhaps the tendency to prefer an ingredient and a technique of cooking does tell us something about who we are. Carleton Stevens Coon proposes two hypotheses to explain the preference for a style of cooking. First, the simpler the general adjustment of a people, the simpler their cooking techniques (roasting over a direct fire is simpler than frying). Second, the amount of alteration people make in foodstuffs while preparing them for eating is an index of the complexity of their adjustment to their environment—contrast the sauces of haute cuisine with the cooking style of an Australian aborigine who roasts his meat on a spit and washes it down with water. Cook and See technique is about cooking the ingredients separately and combining them at the end. Punjabi and Mughal food tends to involve layering of spices. These two hypotheses do not explain the divergence between north and south Indian cooking—both contain simple and complicated techniques and complex alterations.

I turned to anthropologists such as Claude Lévi Strauss who used ideas about food and cooking to develop his influential structuralist theory, and Mary Douglas who took notions of purity, pollution and taboo from the Old Testament to develop the theory that food taboos and processes of cooking are about creating categorical identities and symbolic boundaries between the ‘insider’ and ‘outsider’. Muslims and Jews do not eat pork, Hindus do not eat beef (though the picnic organisers in the Mahabharata seemed unaware of this taboo), and so on. If we apply this to cooking techniques, could it be that Meenakshi Ammal’s cooking technique displays an insular identity that through its non-layering approach does not allow ingredients to mix until the final stage? North Indians, Central Asians and some Europeans, on the other hand, have historically been accustomed to periodic invasions, and this may have led to a tendency to adopt a layering technique that mimics the mixing of cultures and identities. Paraphrasing Mary Douglas, perhaps cooking techniques enact the prevalent form of social relations, and in giving these relations visible expression, they enable people to know their own society and their own identity.