Words in the Wilderness

Sarat Chandra’s appeals were humane and logical. But sadly, not enough. 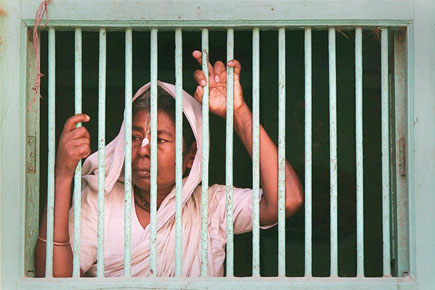 Sarat Chandra’s appeals were humane and logical. But sadly, not enough.


We were talking last week about Sarat Chandra Chattopadhyay’s 1917 essay Narir Mulya (The Value of Woman), an examination of the condition of women across the world and in Indian society, which remains startlingly relevant even today.

Quoting Adi Shankar (‘The woman is the gate of hell’) and Christian saints, Sarat Chandra establishes the contemptuous attitude of religion towards women. With rare exceptions, all religions have been against women being educated. The best that the ancients could come up with is this supremely condescending passage from Plato’s The Republic: ‘This sex which we keep in obscurity and domestic work, is it not fitted for nobler and more elevated functions?… Mayhap these qualities have a certain debility, and are lower than in ourselves, but, does it follow that they are, therefore, useless to the country?’ Indeed, the only value of a woman most religions agree on is her being able to produce a son.

‘Those who establish the rules, they do so by right as men,’ says Sarat Chandra. ‘At that point, they are not father, brother, husband, they are men. And the people the rules apply to are not daughter, sister or wife. They are only women.’

Hence the rule for ‘chastity’, which applies only to women. ‘[Man can] lure women out into the world with the promise of ephemeral happiness. Man… can enjoy as much as he wants and go back home. Or he may spend two days… feeling penitent, but then relatives… will tell him: “How does it matter? It happens all the time with men, it’s not their fault. Come on out.” He then comes out grinning, and canvases that a ‘fallen woman’… should never be pardoned.’

Hindus do not want to have any relation with a woman who has made just one mistake. Mistake becomes sin; she is now a prostitute—yet, the Hindu heavens are not beautiful and perfect without her. Sanskrit literature possibly has as many loving appellations for the prostitute as for Lord Krishna. ‘From all this we can understand easily who is the more selfish, whose nature is the more malevolent and sinful: the man or the woman.’

On divorce, Sarat Chandra acidly remarks that Indian men go around crowing: where on earth will you find a creature as patient as the Indian woman? ‘Yes, there isn’t,’ he says, ‘but what I do not understand is why, when a man can leave a wife with impunity, there is no such right available to the wife.’ This, mind you, is 1917.

He makes the logical point that the foundation of ethics is that if you have no evil motive, you can stretch your freedom till the point it starts impinging on someone else’s freedom. And all our acts can be regulated by these two principles. ‘To whatever extent a society denies this, to that extent injustice is heaped on women, and to the extent to which the woman has been humiliated, the society too has been harmed.’

Who can argue against this? Yet, a century later, female infants are still having noses stuffed with salt and left out in the sun to die, and the widows of Vrindavan have become too hackneyed to even be happy hunting ground for prize-winning photo essays. How much have we progressed? So much of Sarat Chandra’s anguish has been in vain.