Why Is Narendrabhai Afraid of the Indian Media? 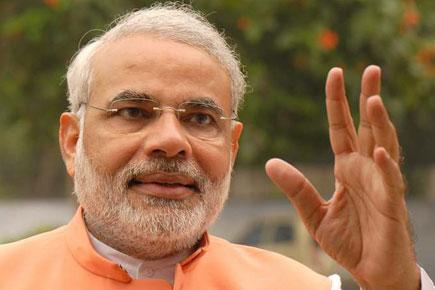 
Once again we are being told by Narendra Modi’s rabid fans that the courts have exonerated him. Perhaps, idiocy is contagious among his followers, but they seem to forget that no court can absolve him of the most serious charge against him. It is the same charge that damns Rajiv Gandhi, of deliberate inaction (if not active collusion, which seems to be indicated but does require more evidence) while violence was perpetrated against a minority. In both cases, this inaction was witnessed by an entire country.

While it is true that most of those who embrace the word ‘secular’ have been far softer on Rajiv Gandhi than they have been on Modi, it does not in any way dilute the charge against Modi. Even so, trying to convince his followers of this is pointless. Those who intellectually collude in murder are not going to wake up to their stupidity through an exercise in logic.

Perhaps, that is why, far more than the SIT verdict, two recent write-ups on Modi are more disturbing. One, of course, is the by now much-cited Time cover, titled ‘Modi Means Business’, and the other by The Brookings Institute Managing Director William J Antholis, titled ‘India’s Most Admired and Most Feared Politician’. It is interesting to note the similarity between the two articles: neither can avoid dealing with the blot on Modi’s image because of the events of 2002, but both seem to suggest that his performance as an administrator of the state has managed to counteract this blot to a great extent. Inadvertently or not, this is precisely the take that Narendra Modi and his publicity firm, APCO Worldwide (which has done well by a few dictators and has former US ambassador to India Tim Roemer on staff), would desire.

Modi’s decision to make himself available for both these pieces needs to be seen in this context. It is something he does rarely, but in these cases it makes sense. Writers for publications or think-tanks based in the US are the most likely to accept Modi’s claims at face value. This is something that no informed Indian journalist would allow Modi to get away with. My surmise is Narendra Modi is afraid to grant such an interview, because what are seen as his strengths are the ones most easily exposed under scrutiny.

Let us consider them one at a time. The claim goes Narendra Modi is ‘incorruptible’. This is only an exercise in rhetoric, given that Narendra Modi has shied away from appointing a Lokayukta precisely because a number of his actions in government will not withstand scrutiny. It is strange to claim incorruptibility for a man who refuses to let any of his actions be subject to the normal checks and balances of democratic governance. The ad hoc nature in which land was awarded to industry, for example, will land Modi in trouble under any independent Lokayukta.

The second is the ‘efficiency’ of his government. Consider this claim against the implementation of the biggest project the state has had to handle—the distribution of water from the Sardar Sarovar Dam. The state has failed on every count. Subsidiary canals have not been constructed, the canals that have been built are in disrepair, water meant to be utilised has been diverted into the Sabarmati and allowed to flow out to sea (perhaps the most expensive and pointless beautification exercise in the world), cost overruns are already so huge and the benefits so slow in coming that the project is a write-off. It will never justify itself.

The third is the oft-cited claim of investment flowing into Gujarat. To quote Antholis, ‘One Gujarati businessman told me that he had been suspicious back then, and had doubted that any company would ever actually invest. But they did. According to state published reports, pledged investments have grown from 76 MoUs amounting to $14 billion in 2003, to nearly 8,000 MoUs signed in 2011 for $450 billion.’

Now if this passes for analysis, then the US is in bad hands indeed. Could not a managing director of The Brookings Institute check how much of the pledged MoUs actually made it to the state? Consider a recent news report, ‘MoUs proposing investment of a staggering Rs 18.77 lakh crore were signed at the biennial event from 2003 to 2009. The first Summit in 2003 saw [the] signing of 80 MoUs proposing investments of Rs 66,068 crore. The numbers rose to 226 and Rs 1.06 lakh crore in 2005, and further to Rs 4.54 and Rs 4.65 lakh crore in 2007. The 2009 Summit witnessed the signing of 8,860 MoUs, while the investment proposed was of Rs 12.39 lakh crore. However, of the total investment proposed at the four events, investments worth only Rs 2.88 lakh crore, or 15.35 per cent, have materialised so far. The figure falls further to 8.03 per cent if MoUs worth Rs 20.83 lakh crore signed at the Vibrant Gujarat Summit of 2011 are also taken into calculation.’

The simple fact: Modi is a failure on his own terms.