The New War on Terror 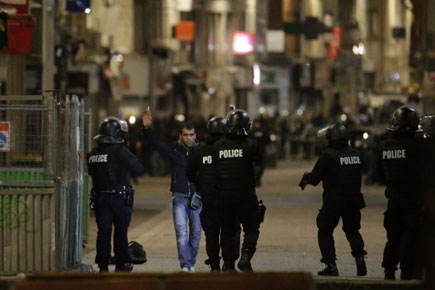 Words somehow have a way of coming back to haunt us. The first time we millennial kids heard and screamed of ‘war’ was 14 years ago, when American President George W Bush in the aftermath of 9/11 declaring a ‘war on terror’. Fast forward to this tumultuous new world of 2015, and we see it splashed all over again. After the merciless attack on Paris, France’s President Francois Hollande spoke with the same persuasion that “there will be a war which will be pitiless”. The war that started 14 years ago has been declared once again.

Friday the 13th thus marked a beginning to another beginning.

For the last two decades, we have evolved into an asymmetrical world order. If we have experienced the perks of globalisation, then running parallel to it is the culture of violence, which has gained religious ruddiness to it. Monica Duffy Toft, Daniel Philpott, Timothy Samuel Shah, collectively in their book, God’s Century: Resurgent religion and Global Politics, have argued that the 21st century will be God’s Century. By this they imply that religion would remain a central feature of both international and domestic politics for several decades. It is, therefore, the worst sham of this new post-Cold War era, where the resurgence of religious politics has been one of its most defining features. Today there is an increased politicisation of individuals and groups that is outlined by their faith and tradition.

History illustrates that we have always been at war. The ‘war’ now carries the same threat, but with a new breed of terrorists synced to ISIS and its incarnations.

The 21st century has and is continually moving towards this new battle with nuances based on religion, sects and beliefs. The ‘war of terror’ is therefore a new kind of World War in which enemies don’t play by the rules of conventional warfare. And it is for such reasons that today’s war cannot be assessed or understood by the rules or theories laid down by the theoreticians of war, from Thucydides to Clausewitz. Today, we are at war with individuals, who we term as ‘radicals’, people who are driven and motivated by their religion. To quote The Economist, ‘a religious fanatic feels persecuted, goes overseas to fight for his God and then returns home to attempt a bloody act of terrorism’.

This war on terror is a war where non-existent states perpetrate terror, where the front lines are fluid and its fighters have the tactical advantage of making no distinction between what we call life and what they call death.

Some have tried understanding the underlying reason for the cause of the start of this ‘war of terror’ by reading and re-analysing Samuel P Huntington’s famous thesis. After all, it was in his famously notorious article (turned into a book), Clash of Civilizations where he stated, ‘The fault lines between civilizations will be battle lines of the future’. To some extent we may have seen that. A kind of war did rage between the West and scattered followers of Islam (if not the faith itself), fought along the lines of culture and religion. Both the ISIS and Al-Qaeda and its subordinates are fighting and terrorizing people in the name of religion, in the name of Islam.

For today, the ISIS is a potent threat. ISIS limits its grotesque and merciless persecution and ethnic cleansing to not just the region’s Yazidis and Christians, but it is also claiming the lives of fellow Muslims. This shade of terrorism, contrary to what social media has to say, is not only growing as a grave global threat, but shoving the world into the shadow of a clash of civilizations.

But why under the shadow of this clash? Because it would be wrong to label this war of the 21st century a ‘crusade’. It is not one. Even the fault lines of this war are changing. The war has moved far beyond its early stages. Today, the war that we are facing is turning harsher under the ever growing influence of the Salafi—or ultra-conservative—movement within Sunni Islam. The ultra hardliners have not only multiplied in numbers, they have a state to themselves in the Middle East from where havoc can be wreaked. This is the reality, which the leaders of both the West and East are trying to grapple with. But with little success. If ISIS has 30,000 members, as estimated, how can it be stopped?

Experts say it it pointless trying to fight 30,000 radicals. Instead, the world must attack and neutralise the ideas being seeded in the minds of umpteen Muslims around. From 9/11 to Friday the 13th, no leader, scholar or international relations expert has been able to tell us what is an effective way to wage this battle.

Remember, the ‘war on terror’ is not simply any war. It is something else. Until the time the theorists from the spectra of realism or pacifism are able to spell out a workable solution, it shall go on like this. There is a high probability that this war might continue longer than the Cold War, causing damage and destruction on a global scale. And the beginning of this ‘new’ beginning has come from Europe yet again.