The Myth of Sex Addiction

In a way, Tiger Woods implied that to be a normal healthy male is a psychiatric condition. 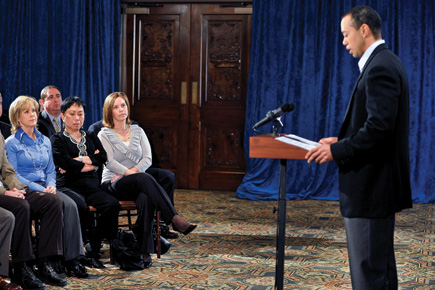 In a way, Tiger Woods implied that to be a normal healthy male is a psychiatric condition.


Morality is a form of logic. It ordains that there is only one way of doing something right and innumerable ways of doing something wrong. There is a binary clarity about morality and so it lives inside us as an aspiration and as an intelligence. It really does not matter why morality is important or if it is superior to immorality. The point is that it is a fundamental force and when people come together as a tribe to judge a person, they all think alike. That is why Tiger Woods had to apologise in public. To continue as a beneficiary of his family’s love and of consumers’ lucrative appreciation of his genius, he had to accept that he had strayed. But he need not have insulted himself the way he did.

Woods was humiliated not when he got caught, not even when he stood bravely in front of the cameras and said that he was sorry. He humiliated himself when he implied that something was wrong with his head, and that he was undergoing therapy to cure his intense desire to have sex with women. To me, it seemed as if he was saying that to be a regular healthy male was a psychiatric condition.

As Donald McNeil writes in The New York Times, Woods never used the words ‘sex addiction’ in his speech last week, but his public apology, his mention of the people whom he had hurt and his admission that he has to cure his mind were part of a routine 12-step treatment to cure the alleged dependency. Though sex addiction is not officially recognised as a disorder, psychiatrists are pushing hard for its inclusion.

That there is something called sex addiction is yet another coinage of psychiatry, and that there is a cure for it is another robust revenue stream. In the years to come, men with no mental problems will be made to feel abnormal, and at their expense, some alleged doctors will get richer. More than any kind of addiction, psychiatry has probably destroyed more lives, and I really hope we find a cure for the modern world’s psychiatry-dependency. There are people who believe that all of psychiatry is a massive fraud. I don’t have that view, but I do feel that many disorders are inventions of psychiatrists.

If Tiger Woods were single, would he be diagnosed with sex addiction? Probably not. Isn’t it absurd that the diagnosis of a person’s apparent addiction is based on his marital status? Not so absurd, psychiatrists say. They say that since Woods was willing to destroy his marriage and his relationship with his children for the sake of sex, he must be addicted to the act. It is a ridiculous argument. Woods had his affairs because he was confident he would get away. He managed to be very discreet until a string of events exposed him. He showed no signs of a man who was out of control, who was desperate to do anything for his fix, risking all that he valued.

More importantly, there was nothing abnormal about Woods’ desire to sleep around. Most married men know that. I won’t be shocked if Obama and Woods have the same fantasies. The point is that Woods made a moral decision and that was to go and realise his desires. If we judged ourselves by our desires alone, we would have a perpetual sheepish grin on our faces. We can reasonably judge ourselves only by our actions, and morality is about controlling our own actions. So if a man decides to lose that control, it is a moral issue, not a psychiatric matter.

Interpreting high sex drive as a disorder is not only unjust, but also dangerous. In the past, lawyers defending paedophiles and rapists have argued with some success that their clients suffer from high testosterone levels that made them commit the crimes. Elevating the bullshit of sex addiction to the level of an ailment would further help criminals and also blur the binary logic of morality that keeps our world somewhat sane.