The BJP Has Forgotten Its Very Basis 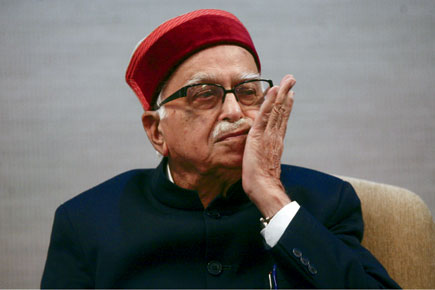 
There is an urgent need to rehaul the country’s two all-India parties: the Indian National Congress and Bharatiya Janata Party (BJP). One reason is the dismal performance of these parties in the five recently held state assembly elections. The BJP may comfort itself for having wrested political power in Goa, and the Congress, for retaining it in Manipur, but in other states, their performance was miserable.

Consider the BJP first. In Punjab, it is true that the Shiromani Akali Dal-BJP coalition beat anti-incumbency to emerge victorious, but the BJP’s own performance was poor. Its 2007 strength of 19 Assembly seats was reduced to 12. In Uttarakhand too, the party suffered a defeat. In India’s largest state of UP, its defeat was not only staggering, but ignominious as well—from its previous tally of 51 legislators, it slipped to 47. Worse, in as many as 230 constituencies, BJP candidates lost their deposits.

The Congress, India’s ruling party at the Centre, fared no better. It was so confident of capturing power in Punjab that it even declared a chief ministerial candidate during the election campaign, which it did not dare do in any other state, not even in Manipur. Yet, it failed.

But it was in UP that the Congress was most severely hammered, a state where it made its revival a point of prestige. It had pooled all available resources, fair as well as foul, pushed its propaganda machinery into overdrive, and put the top leadership’s heir apparent out in front of the campaign. Further, by bribing the Rashtriya Lok Dal with a Cabinet post for its top leader, it tried to grab the Jat vote bank of UP. In attempts to woo the state’s Muslim vote bank, the Congress stooped to lower levels still. A general secretary of the party unwarrantedly raised the Batla encounter issue. Knowing full well that reservations on the basis of religious identity are unconstitutional, the party shamelessly promised Muslims 4.5 per cent of the Other Backward Classes quota. In appealing to Muslims, who had largely turned anti-Congress after the 1992 demolition of the Babri structure, two Congress Cabinet ministers blatantly violated the Moral Code of Conduct, even challenging the authority of the Election Commission. But all these tricks failed. The party’s performance was more humiliating than that of the BJP, with 247 Congress candidates losing deposits.

I do not feel happy about this situation. I have nothing against the Shiromani Akali Dal (SAD) or Samajwadi Party (SP), I congratulate them on their victory, but I am worried about a lurking danger that the future holds. Look at the broad picture. Regional parties are getting stronger, but their viewpoints remain naturally limited. The SAD cannot look beyond Punjab. Be it Mayawati or Mulayam Singh, her or his view is limited to UP. So also, Mamata Banerjee’s to West Bengal, Naveen Patnaik’s to Odisha, and Jayalalithaa’s or Karunanidhi’s to Tamil Nadu. The very name of Chandrababu Naidu’s party in Andhra Pradesh is Telugu Desam. Even Sharad Pawar of the Nationalist Congress Party will always put his state of Maharashtra before anything else. This is calamitous for the country.

There are lessons in history. Many parts of India have suffered the depradations of invaders without other parts of the country rising to resist it together. I am not against regional parties, but I am not sure whether they have an all-India perspective, whether they can rise above their regional identities and consequent pride.

This country needs political parties that have an India-wide existence and vision. Only then will a rebellion in Manipur or an earthquake in Kashmir or aggression against Kerala be properly addressed, as part of a common commitment and sense of duty. This is why I am sorry to see the debacle of India’s two all-India parties.

They both need to be overhauled. First, let us review the Congress. It is India’s oldest political party with a glorious history of more than a century. It was built by stalwarts like Lokmanya Tilak and Mahatma Gandhi. It once had within its fold eminent persons like Nehru, Patel, Rajgopalachari, Rajendra Prasad and JB Kripalani who belonged to different parts of the country and had varied viewpoints and tempers, but were still able to coalesce as one national party. What is the present state of that party? It is unfortunate that it has no basic philosophy to sustain it. The Bhagwad Gita, in chapter 18, verses 13 and 14, says, ‘For the accomplishment of any activity or project, you must have adhishthanam. Then comes the agency of workers (karta), and then various instruments and multitude of activities (karanam and cheshta).’

The Congress of today has no basic philosophy, no ‘adhishthanam’. At one time, Gandhism or Sarvodaya served the purpose. Then came socialism. Now the party is rudderless and has therefore degenerated into a sort of gang. Every gang needs a supreme leader, and it has got one in the form of the Gandhi family. Every gang is extractive, which is why India had the Bofors scam, with Quattrocchi’s role, his decamping and unfreezing of bank accounts, and then the 2G spectrum scam, in which can you imagine A Raja consuming all the Rs 1.76 lakh crore?

Is there any hope of rehauling the party? There is. The party must free itself of the Gandhi family. The party’s present supremo has no understanding of the country’s ethos; she occupies the post not through any grassroots endeavour, but through inheritance. Courageous party leaders should throw off their shackles of family loyalty. Who can do this? I can’t say; it could be Amrinder Singh, Moily or even Gehlot, or all of them.

Now let us examine the other national party. The BJP, fortunately, has an ‘adhishthanam’, but it seems unmindful of it. The BJP, in its post-Jan Sangh avatar, started off on a disastrous note. Instead of Hindutva or Ekatma Manav Darshan, it opted for Gandhian Socialism. After the party’s electoral fiasco of 1984, it rejected that socialism, which was alien to its innate nature, and got a boost from its Rama Rath Yatra of the late 1980s. But as soon as it assumed power in 1999, whether because of coalition compulsions or lack of commitment, it again neglected its adhisthanam, which is Hindutva.

The BJP has failed to project Hindutva’s inclusiveness, its appreciation of the validity of all faiths and its significant cultural value system—in short, Hindutva’s identity with the uniqueness of this ancient nation. It has nothing narrow, sectarian or dogmatic attached to it; if Parsis, who were driven out of their homeland, found shelter in Hindustan, it was because of Hindutva. Commitment to it will take the party to eminence again.

With that as a basis for renewal, BJP leaders must also review the party structure. They must understand the value of the grassroots organisation. Earlier, in the hierarchy, there was an organising secretary. It was a rank once held by Deendayalji, who was among the party’s tallest leaders. The party also had Kushabhau Thakre, Gopal Thakur, Ramprasad Das, Rambhau Godbole and many others who preferred low profiles but worked tirelessly for the organisation. That post, in the party’s new avatar, was eliminated.

Today, the BJP has a dearth of committed ideological leaders with low public profiles. Everybody wants to reach the top. This mentality resulted in the defeat of BC Khanduri in Uttarakhand and the groupism in the UP that caused the party’s disastrous defeat. Without the vision of a higher goal—not for any individual but for the whole country—groupism is bound to flourish.

I sincerely want India’s two national parties to rejuvenate themselves, commit themselves to their core ideology, and occupy centrestage in Indian politics. Regional parties will be there. There is no harm in that. But they must not be in a position to dictate terms. On the contrary, the Centre should be able to offer proper direction (not directives) and set an example of its transparent, benign and all-India commitment.