Though the BJP has not yet released its manifesto, Prime Minister Narendra Modi has made lots of promises in his elections rally on 10 January 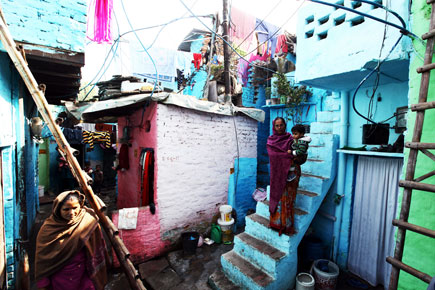 The political parties contesting the Delhi Assembly Election have made similar promises in their manifestos. Though the BJP has not yet released its manifesto, Prime Minister Narendra Modi has made lots of promises in his elections rally on 10 January. It is hard to believe that all the promises in the manifesto will be delivered. But if they do, Delhi must be sure of getting these six amenities.

1. Free Wi-Fi– Everyone knows the power of youth and how much importance they have in the elections. To woo these voters, all the parties except the BJP have promised to provide free Wi-Fi across the city. The AAP has promised to make Delhi a free Wi-Fi zone and according to them they have even done the cost analysis. The Congress also included free Wi-Fi in their manifesto. However, they have restricted to offering only in public transports. The BJP indicates they will also incorporate the idea.

2. Cheap Electricity– Electricity has been a bone of contention between the political parties and this time too it has drawn their attention. If the parties follow their manifesto, then Delhites are in for a cheaper electricity post election. The AAP had focused strongly on electricity issues in the previous election and this time too, they have promised to reduce power tariff by 50%. The Congress for the first time has included this in their manifesto. Their promise is similar to the AAP – reducing the power tariffs by half. In the last assembly elections, the BJP had promised to reduce electricity by 30%. Prime Minister Modi also spoke of reducing power tariffs through more competition in the market at his elections rally on 10 January at Ram Lila Maidan.

3. Cheap Water– This was something which secured good number of votes to AAP in 2013 elections and they have carried forward the agenda. Their manifesto talks about giving free water to all. The Congress has also mentioned about water but not for free. The manifesto says they will waive off pending water bills and provide water at the cheapest rate. The Congress vice president Rahul Gandhi mentioned this in his road show on 27 January. In its last year manifesto, the BJP had promised rationalized water bills. This time too, they are including this in their manifesto.

4. Housing for All– PM Modi has already committed pukka housing for all by 2022 in Delhi. This is his dream as he spoke in his rally on 10 January. Congress vice president Rahul Gandhi in his road show promised Right to Shelter for everyone. AAP leader Arvind Kejriwal has been talking about this in all his public meetings. He promises to give Pukka houses to all slum dwellers of Delhi.

5. Authorized Colonies– This has been talked about in every election and this is no different. While the BJP is claiming that the central Government has already authorized irregular colonies constructed till 2014, the final orders are yet to come. Also the inherent clauses have not been explained. Nevertheless, it is something the BJP is banking on. The Congress claims that it was a Congress Government that regularized colonies in the past and they will regularize all the remaining unauthorized colonies once they come to power. The AAP makes a similar promise.

6. Higher Pension– There seems to be uniformity among all the main parties in the capital on raising the pension amount for old age and widows. Both the Congress and the AAP have made it a poll promise to raise the pension amount to Rs 2,000 per month. The BJP had included this in 2013 manifesto and there is no reason they will do away with it in this election.