One Hundred Days of Rectitude 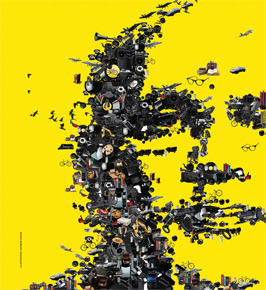 When Narendra Modi stormed Delhi, it was as if India was waiting for that moment with the famed Hindu rate of patience. It was an India that was made to feel betrayed in its every waking hour, and in retrospect, perhaps only the rulers alone refused to see it coming, for they lived in that gravity-free zone of simulated immortality, also known as UPA. In that India before Prime Minister Modi, leadership was mostly about stillness, frozen conscience and suspended sensory faculties, and it was unable to comprehend the anger of a people abandoned. It was an India ready for a redeemer, and he was out there, turning the sighs and sorrows of a nation into bestselling lines on the stump. Modi’s struggle for India was one of the longest political campaigns in the world undertaken by an individual pitted against the heaviest odds, including his own party. Armed with an unmatched confidence in himself as an administrator and moderniser, and wearing his ambition on his custom-made kurta sleeve in a country that frowns upon anyone with a hunger for power, he as a campaigner was in a class of his own. It began the day he became the Chief Minister of Gujarat, and even as he fought and won three consecutive assembly elections, Delhi was on his mind; and in the end, he made himself inevitable to the nation and the party, which in those days had more dark horses than warhorses. It was one of those moments when one man’s struggle for power merged with a nation’s struggle for freedom. The magnitude of his victory was a mark of his success in internalising the attitudes and aspirations of twenty-first century India; and the wreckage of his opposition the unkindest sight in political redundancy.

Everything about Prime Minister Narendra Modi was larger than the office he inherited. For the most ardent of his believers, he was Moses and Midas rolled into one. He was expected to take them to the Ruritania of the Indian Right, and turn hopelessness into dream. So expectations were exaggerated, and examinations of everything he did and said were severe; he had to be different from the mortal majority of politics as usual. The mass delirium of hope his campaign induced had to be replaced by an eruption of change under his rule. Who doesn’t want the spectacle of Candidate Modi to be carried forward as the wizardry of Prime Minister Modi? So his first hundred days were supposed to be about the dramatics of radicalism. The Prime Minister was only ready for the latter. The Union Budget was the first of its indication: the minutiae of farsightedness that refused to play with poverty—the easiest of games for your average Indian politician—and an acknowledgment of the middle-class as an integral part of the growth agenda. The Right turn was quiet but definitive—and certainly not surprising.

It was exactly what the Right was expected to do; and Modi could not afford to lose the economic argument. And no right winger worth his anti-socialism—be it Reagan or Lady Thatcher—ever lost that argument. The Planning Commission was a socialist anomaly in twenty-first century India, a monumental—literally—legacy of Nehru’s Soviet-style nation building. It became redundant in Modi’s India, where the state has to be less Leviathan. If the Independence Day speech was his first post-election Cicero moment in political theatre, the public execution of that Nehruvian sacred cow was its highlight. He was conspicuously tactful in avoiding the cultural argument, before and after the election, and it was an argument the Right tends to lose in most democracies. (The RSS is always there for sporadic tutorials on pulp nationalism if any of us misses it.) Modi’s most expressive moment of the Nation First was when he told Pakistan that he means business but he does not accept its version of diplomacy.

That said, for me, Modi at his Conservative best was when he made society the overwhelming motif of his Independence Day speech. It was society that powered his semantics, and it was an idea seldom used in India—I mean used as a political argument. Modi could have easily won the day by his slaying of Nehruvian socialism; instead, he, like a true Conservative, chose a theme that was absent even in his stump speeches: Broken India, though he did not use those exact words, an echo of David Cameron’s now-famous Broken Britain. By putting individual responsibility and freedom above the state, he asked everyone listening to mime the morality of his own life story. (Still, it must be said that it is also a narrative technique used by the smartest in political evangelism: the outsider’s exceptional biography as a variation of national destiny. Barack Obama’s first campaign for the presidency set the gold standard in this.) Modi’s rags-to-Raisina Hill self-portrait could have been titled ‘One tenacious man and the Indian dream’. The Indian dream will remain unrealised as long as we remain irresponsible as individuals in an India where social cruelties such as the imbalance in the sex ratio and the violence against women mock the pretence of modernity. If India is still a land without justice, it is because many Indians continue to be denied the dignities and decencies of life. It was the first notation of a modernisation agenda sustained by political Conservatism when Modi turned what could have been another rhetorical cliché into a social urgency—and a national emergency.

Some revolutions begin from what you may think are the banalities of life.