A celebration of storytelling 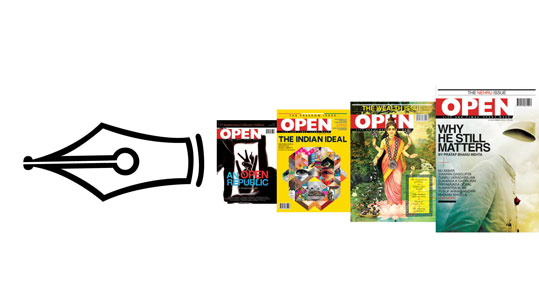 News is no big deal. It is the cheapest item around. Most of us navigate through the maze of newsbreaks with our sensibilities intact. They are a visual blur. They are sounds and accents. They are headlines trying to be clever and passages pretty banal. They are words in a hurry. They are breathless soundbites. In the end, we are not better than what we were yesterday. We are not smarter than what we were till the last paragraph. The weary ordinariness of being in the 24/7 media age is frightening.

That said, the perspective deficit is the cause for one of the oldest wails in journalism, and it comes mostly from those who continue to mistake platitude for punditry, preachiness for polemic, and pomposity for profundity. You know what I mean, the whither-India brigade is still holding on to the last op-ed pages.

What we miss is a story well told, an argument well made—and an India renewed in the mind of the intellectually curious. Our job in journalism is worthier if we can make such minds less lonely in these hyper- media days. If we can develop a revulsion against the verbal swirl of inanities, against the lazy moralism of the judgement class. Most tellingly, if we can tell stories well, make an argument with some panache.

In journalism, we at Open believe, a story is only as good as the way it is told. And as good as India is, profusely written about but not necessarily well told. What a story it is, in its dizzying disharmony of ideas and action, atmospherics and attitudes, in its ability to make seeming incompatibilities one big, Babelic unit.

Take a pause and savour the theatre, and realise how fortunate—or unfortunate—we are to be treated to the relentlessness of India in its passion plays. We have seen them, and we still see them: provincial potentates in their sub-nationalist shells, socialists in the loose garments of casteism thriving in sub-rural kitsch, the last fossils of communism in the cosy irrelevance of their private Soviets, cultural nationalists shopping in the black market of mythology, redeemers blinded by their own aura, populists struggling with their totalitarian temptations…

And here we have tested almost every variation of salvation theology that can be imagined under the sheltering shadow of one of the world’s most un- forgiving democracies. We shuttle between the possibilities of freedom and the instincts of illiberalism. India is dramatic, emotional and impulsive. It needs to be narrated, and its history waits to be humanised.

We journalists, as calendar nuts and theme maniacs, tend to reduce this India to a size suitable for the widest range of readers. That is the business, and that is also called dumbing down. Out there, beyond the reach of conveyor-belt journalism, lies a constituency waiting to be indulged—by good writing, by good stories, by refined arguments and elegant provocations. India for them is larger than the sum total of the pages devoted to it. The best of narrative journalism defies the entrapment of headlines and reaches out to the shadows and greyness of a world we know only in vivid colours, in Manichean bipolarity. It is storytelling. It is argument augmented by what the great diplomatist George F Kennan would have called a history of the present.

It is stories and arguments that provide the rustle to the following pages, which showcase Open’s own writers and its regular contributors, some of the finest minds in the world of ideas. We love stories, and we hate to miss a good argument. India in this special issue is a meditation, a celebration, an enquiry, an enchantment, an enduring hurt, a story still unfolding. And it is the storytellers and essayists— and blessed is the editor who works with the best of them—that make Open what it is. A magazine that is only as good as the last good sentence it published.