Don’t know how high-powered committees think, but some of these poets deserve the honour, surely. 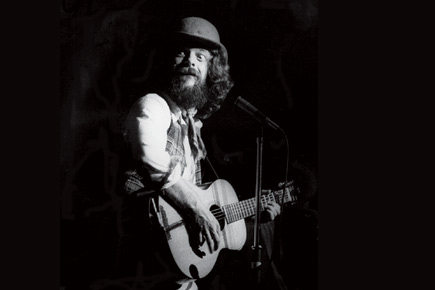 Don’t know how high-powered committees think, but some of these poets deserve the honour, surely.


The Nobel Prize for Literature has always been a rather strange award, its selection criteria often incomprehensible, many of its awardees long forgotten. Consider the first three Prizes ever:  Sully Prudhomme in 1901, Theodor Mommsen in 1902, and Bjornstjerne Bjornson in 1903. Who were these people? What did they write? But forget posterity. In 2008, the Prize went to Jean-Marie Gustave Le Clezio of France, and even the Alliance Francaise library in Delhi did not have a single copy of any book of his!

And, of course, there have been the omissions. While Prudhomme, Mommsen and Bjornson were delivering their acceptance speeches, Tolstoy and Mark Twain were still alive! Graham Greene never got the Nobel, the rumoured reason being either his friendship with Fidel Castro, or an affair he allegedly had with the wife of a member of the Royal Swedish Academy. Boris Pasternak and Alexander Solzhenitsyn could well have been awarded for reasons more political than literary, because of their dissident status in Soviet Russia.

I believe—and I say this in all seriousness—that there are many poets that the Nobel committee has overlooked steadfastly over the decades; indeed, it may never have struck the committee that these poets should even be considered. In fact, they have never been on the radar for any literary prize, as far as I know. This is because these poets sing. I am talking of the poets of popular music.

Bob Dylan is perhaps the only singer who has been recognised widely as a poet, so I won’t go into that. All of us know at least a couple of lines from Blowin’ in the Wind, or The Times They Are a Changin’ or A Hard Rain. But I am hardly an expert on Dylan, so I’d rather talk about bands that are much less famous for the literary quality of their lyrics.

‘So you run and you run to catch up with the sun, but it’s sinking/ Racing around to come up behind you again/ The sun is the same in a relative way, but you’re older/ Shorter of breath and one day closer to death.’

I may be a complete clod on such matters, but I can’t help thinking that this is poetry, it affects me: both the thought and the imaginative wordsmithery.

Bloody powerful stuff, as far as I am concerned: a mighty scary study of mental degeneration and society’s response to it. Both are from the album Dark Side of the Moon by Pink Floyd.

About 20 years ago, Ian Anderson of the band Jethro Tull dismayed many Indian fans by revealing that his epic, Thick as a Brick, was a joke. A lot of bands were releasing pseudo-intellectual theme albums, and Tull just meant to parody the concept. The hall was filled with fans who, clearly, had worn their hair and beards long and unkempt for years just to look the way their idol appeared on album covers. First, Anderson turned out to look more like a country squire with a neatly-trimmed beard and hair. Then this? There must have been a stampede in Delhi’s barber shops that evening.

But then, who could have ever guessed? This is how the song begins: ‘Really don’t mind if you sit this one out/ My words but a whisper your deafness a shout/ I may make you feel but I can’t make you think/ Your sperm’s in the gutter your love’s in the sink/ So you ride yourselves over the fields and you make all your animal deals and/ Your wise men don’t know how it feels to be thick as a brick.’ As poetry, whatever the intent of the songwriter was, Thick as a Brick can hold its own against anything.

Okay, so I am a bit of a clod, but I would any day prefer the works of Tull or The Beatles to those of Carl Gustaf Verner von Heidenstam (1916), God bless his soul.