Modi could be the One

India, hurt and humiliated, needs more than a no-nonsensical administrator answerable to the people 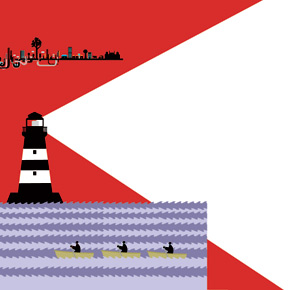 India, hurt and humiliated, needs more than a no-nonsensical administrator answerable to the people

In volume and volatility, there is nothing else to match it in a democracy. Equally exceptional is the amount of anticipation and anxiety, in equal measure, it has evoked. This election is different, and it is not a sentiment exaggerated by the media ever desperate for a ‘historic moment’. It is the text, a campaigning season marked by the possibilities of tomorrow and the insult of incumbency, and the context, national despondency equalled by a swelling urgency for change, that make this election a breakthrough moment in the evolutionary tale of the Republic. This election, unlike most in the past, ought to be the voice of an India ungoverned—and un-led.

The national mood has rarely been angrier, and angry nations behave wisely. Ten years ago, when the UPA was elected, in its size and sweep, the victory of the Congress was lesser than the defeat of the BJP. It took just five years for the Indian Right to squander a mandate that broke the idyll of the Socialist state. It was a classic case of a party living up to that old truism: the management of power is more arduous than the struggle for power. Which also meant the Congress, under the leadership of Sonia Gandhi, didn’t have to struggle so hard to win. The man who struggled the least for being in power, though, was the 13th Prime Minister of India. Manmohan Singh was the Select One, and the closest India got to an apolitical politician. He could have turned what was commonly perceived as an inadequacy into an advantage. He chose to be the moderniser India missed; even as he continued to extend his stay in office, he was far from being in power. The ruler was in denial, and India was passing him by.

This election, with such a backdrop, is an exercise in the reclamation of India. The past five years have been a repudiation of the fundamentals of a democracy: accountability, transparency and responsibility. When some of the most brazen instances of State corruption emerged, the attitude of the Government was: stuff happens. The strangest sight, as the Government continued to distance itself from the people, was a Prime Minister behaving as if he was not part of the rot he was presiding over. When India needed answers, there were none, apart from the feeble monosyllables of the Prime Minister and the laboured triangulations of his handlers. Every scandal magnified the worst instincts of politics and economics. India was fast emerging as the perfect example of unregulated government and over-regulated marketplace. The cohabitation of crony capitalism and corrupt politics was inevitable. The saddest part was that it all happened under the watch of a man who was shaped not by the expediencies of politics but by the demands of good economics. Mandate 2014 is about the restoration of an India damaged by ten years of disintegration.

The choice is between the certainties of the present and the ideas of tomorrow. The Congress campaign led by Rahul Gandhi has an inbuilt weakness: the legacy of Dr Manmohan Singh. Many times in the past, and infrequently during this campaign, Rahul has shown that he is the change Congress can’t do without. That moment is still frozen in national memory: the angry princeling tearing apart his Prime Minister’s corruption-friendly ordinance. For a brief while, he was the representative of a generation that was fed up with the mounting immoralities of this government. His anger was India’s; so was his impatience for change. He was the insider outsider, and there was no one better placed to be the conscience-keeper of India’s oldest political tradition. But this prince was not made to struggle for the crown; power for him, it seemed, was not something to be won after a fight. He meditated on it when the party—and India—wanted a non-Manmohan Singh. What was needed was a New Congress, and only one man could have created it, but Rahul was elsewhere, a man of sporadic aggression out of which no coherent vision of an alternative emerged. He didn’t have a dream to sell. More aptly perhaps, the nightmare of Manmohan Singh didn’t let him. This is the unwritten tragedy of this election: the best intentions of a prince killed by a puppet king.

The arena was entirely Narendra Modi’s. It is one of those rare instances in a democracy when one man becomes the argument of a nation, unifying as well as divisive. That said, the best parts of Modi on the stump were not his bestselling lines on the Family or its employee in South Block, though the lampoonery may have provided enough entertainment to the base of the shirtless. He was wise enough to realise that negative campaigns never win elections (a fact not acknowledged by the Congress.) What set him apart was the message. A message that was compatible with the aspirations of an India with 97 million new voters, aged between 18 and 23. His conversations with the future sounded convincing because, as Chief Minister of Gujarat, he had shown that good economics and shrewd politics could go together. Modi on the stump was prime ministerial, and his portrait of India was closer to the India most Indians missed in the age of Manmohan Singh. An India where the creation of wealth will be as much a priority as the creation of jobs, where the Government, preferably downsized, will not be the regulator of the marketplace but provider of the right atmospherics for investment. Candidate Modi, the jokes apart, was not a right-wing zealot floating in mythology but a reassuring Conservative, a moderniser rooted in tradition. Discarding the polarising culture argument, Modi sought an easy access to the mass mind through his economic argument. That was smart.

Even though the best of Modi is what India wants now, the man is still a work-in-progress, and the rough edges cannot be wished away. He will have to come to terms with his past, which no modern politician can afford to rewrite. It is not that he has to own up the crimes of Gujarat 2002; it is that, as a leader who has mastered a fine vocabulary of the future, which is a sign of statesmanship, he should be able to say sorry for the crimes of others. India, hurt and humiliated, needs more than a no-nonsensical administrator answerable to the people. Power is crass when it is applied by an unsophisticated mind. India is ready for the Great Reconciler. Narendra Modi could still be the one.